How men turn off women in bed

From skipping foreplay to shunning condom, here are 10 libido killers

• To help the guys, here's a list of 10 things that make women lose their mood for sex 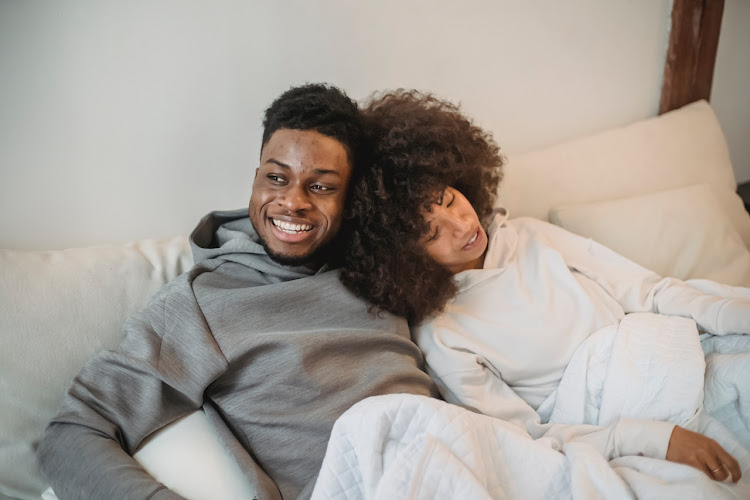 A couple in bed
Image: PEXELS

There's no greater turn-on than a man who understands his woman's body. A man who knows just where to touch, lick, caress or kiss. For sex to be pleasurable and memorable, it has to be enjoyed by both parties.

Society has raised women to prioritise men's pleasure usually at the expense of their own.

Today's woman, however, is becoming more and more sexually expressive and has raised her voice on the dos and don'ts in bed.

Women speak out on what grosses them out during intimacy.

If your idea of good sex is bang! bang! bang! with clothes flying all over without putting me in the mood, think again. A woman's body is not wired like a man's, and while some men even get an erection by just looking at a woman, she might need a little more coaxing to get there.

Don't try to push yourself in her before she is good and ready. Sex is painful with insufficient lubrication.

2. He calls me by the wrong name

Say my name! Don't pronounce my name wrong or call me by one of your past lovers' name. That instantly turns off a woman and you've successfully ruined the mood. How can you even redeem yourself going forward when you call me Sasha and I'm Sally?

2. He stinks from here to Timbuktu

Poor personal hygiene is an instant turn-off. Before you give your lady some loving, give yourself some self-love first. Take care of basic hygiene. Take a shower, brush your teeth and smell good.

Dirty fingernails, body odour or an over sweaty man is a no-no between the sheets. Take time for good grooming. Clip your nails, invest in deodorant.

Did you come? Men, you really need to stop asking this post-coital question. Unless of course your next question is: What can I do to make you achieve an orgasm?

Most women expect that their partner knows her well enough to know when she is about to climax. Heck! Some men even hold off their ejaculation and climax together with his girl.

The problem with asking her if she climaxed right after you have climaxed makes her think her pleasure is an afterthought. While it's a fact that the percentage of men who achieve orgasm is higher than women, it would help to understand your partner and know what makes her climax.

For sex to be mutually satisfying, it is prudent to understand each other's sexual needs. Some men are guilty of ejaculating before their partner, which leaves her high and dry. Take time to understand her body and find out what works best for your woman.

And while sex is not all about chasing orgasms, it should be enjoyed by both parties, not just the man. Give her time to climax before offloading. Communicate and understand each other's bodies.

How to find your soulmate in era of hookups

6. He is too aggressive

It is important to discuss boundaries and limits to avoiding crossing the line for both of you.

Understand if she likes it slow, hard or if she's the fast and furious kind of girl. Do not assume she likes rough sex. There's a difference between being wild and aggressive. If she likes wild sex, understand what she means by that to avoid putting her off.

First kisses are supposed to be magical and often times are a good indicator of your sexual compatibility. The way a man kisses speaks volumes about him.

Ever kissed one of those guys who leaves your whole face wet with saliva? Yuck! Sloppy kisses can be disgusting. Kiss her with passion and do not be aggressive. Quick, sweeping motions would be a good start, and make sure you do not suffocate her with your tongue.

While at it, ensure to swallow often to avoid saliva accumulating in your mouth and by extension spilling in her mouth. Most people prefer to stay dry after a kiss.

8. He has tattered underwear

You don't have to be stuck with the same worn-out cowboy boxer shorts forever! Up your underwear game. She's taken her time to invest in lingerie, why not invest in some neat boxers, too. A little visual stimulation never hurt anyone.

Ditch those boxers that have rips and tears and whose waistbands have gotten slack with time. There's nothing appealing about seeing her superman in tattered underwear.

9. He refuses to wear a condom

Taking care of your sexual health is paramount. Do not risk your health for a few moments of pleasure. If she requests you to wear a condom, oblige. She's probably not on the pill or is just cautious.

A man who does not want to use a condom only screams irresponsibility. There's nothing sexy about a guy who whines when asked to wear protection.

10. He rolls over right after

Granted, there's a science behind men sleeping immediately after sex. The chemistry of a man changes after he orgasms. A combination of various hormones like prolactin, oxytocin and vasopressin released during the male orgasm can lead to relaxation and sleepiness.

All she's asking for is for you to make an effort to sustain a connection after sex because when you roll over immediately or grab your phone, it can make her feel lonely or cause some emotional discomfort.

For a woman, it feels like all the man wanted was to orgasm. The aftercare after the orgasm means a lot to most women. And it need not be much; just simple stuff like cuddling, talking or just focusing on her before you doze off.

It humiliates the mother and scars the child for life
Sasa
9 months ago
Post a comment
WATCH: The latest videos from the Star
by Soni Kanake
Lifestyle
06 January 2023 - 03:00
Read The E-Paper