Story of people who work over Christmas

Pitching the idea helped me escape from newsroom to Coast

• From Nairobi to Cape Town, tis the season for finding an excuse to party 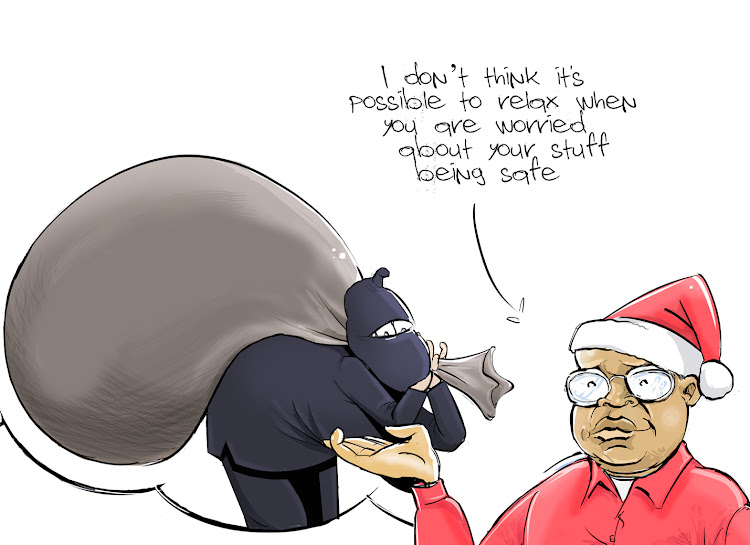 Many years ago, when my career in journalism was just taking off, I needed an excuse to spend the holiday season at the Coast instead of at the office in Nairobi.

I hit on the idea of offering my editors stories about the people who worked over Christmas, while many of us were out engaging in festivities.

In the spirit of the season, but more likely because it had been a very long tough year, like all the rest of them really, my bosses agreed, which meant I could join my cousins, uncle and aunt at their place in Kilifi.

The only thing I would have to do workwise would be to chat to a couple of hotel employees and perhaps the members of the band that would play at the neighbouring hotel on Christmas Eve.

I got away with it and it was a light fluff piece that I faxed through (it was pre-Internet times) and didn’t really have to expend much effort on.

Nearly three decades later, I am still thinking about the people nobody seems to notice working to keep the holidays as stress-free as possible.

Here in Cape Town, in line with the municipality's Festive Season Preparedness Plan, the City Council has said law enforcement staff will be "deployed to areas of high foot and vehicle traffic, with a specific focus on vehicle and driver fitness, addressing drunk driving and drinking in public, and increased visibility around shopping nodes".

By the way, law enforcement officers in Cape Town are as far away from Kanjo cops as you can imagine.

First of all, they are expected to be physically fit, and not just at recruitment but throughout their career. Secondly, though I am sure there are some among them who are corrupt and take bribes, graft is so far not endemic among them.

The main focus this year will be on what they are calling “Operation Exodus”. This operation, which focuses on driver and vehicle fitness, particularly focused on long-distance public transport operators, launched on December 12 and will run until December 23.

Basically, the municipality is offering long-distance public transport operators an opportunity to get their vehicles checked in the cause of public safety.

It’s nothing too hectic, just the common sense checks all motorists should carry out throughout the year but especially when they plan to travel. Engine, tyre, lights, brakes and window wipers and, of course, ensuring that the person behind the wheel is fit for the task.

Meanwhile, in South Africa, the December holiday period is generally a time when most businesses close, enabling people to travel to their loved ones elsewhere across the country to celebrate the holidays as a family unit, while others find their little corner to unwind by the beach.

However, while most are chilling out, there is a bunch of people who are very hard at work, the criminals.

Generally, criminal activities like hijackings, robberies and house break-ins tend to reach a peak during this time of the year.

This year, the South African Insurance Association has been busy messaging people in a bid to encourage them to be extra vigilant in everything they do even as they wind down their activities for the year.

“As you prepare to go on holiday and get excited about meeting members of extended families, bear in mind that there could be someone waiting to take advantage of your unoccupied property and help themselves to your hard-earned belongings."

The association is suggesting that people observe the basic precautions without becoming stressed out, and they say it is the best way to both relax and stay safe.

Personally, I don’t think it's possible to relax when you are worried about your stuff being safe, and I now fully appreciate those people who take all their belongings, furniture and all, with them when they go “home” at Christmas time.

Enjoy your holidays and don’t forget: There has been only one Christmas, the rest are anniversaries.

Post a comment
WATCH: The latest videos from the Star
by Mwangi Githahu Columnist
Lifestyle
25 December 2022 - 05:00
Read The E-Paper