Why most high school students will fail KCSE

Categorisation from national to subcounty schools creates inequality in facilities

• Subcounty schools have the worst equipment and not enough teachers 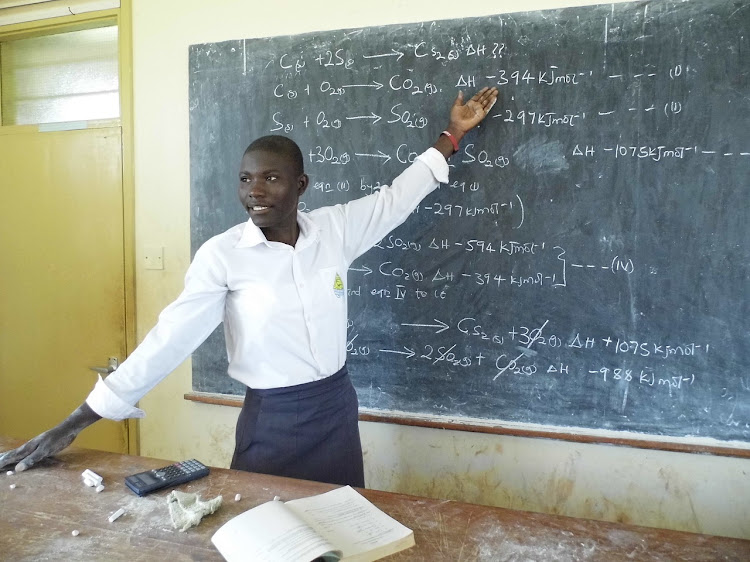 Having just completed their final examinations after four years of gruelling studies, secondary school students across the country await the results that will determine their fate. Sadly, trends show that most of them will fail the examination.

Some 884,263 candidates sat this year's Kenya Certificate of Secondary Education examination, which began on November 21 and concluded on December 23, in time for Christmas. The results are expected to be released between January and February 2023.

The most recent secondary school exit examination with results we can analyse is the 2021 KCSE. That examination was concluded on April 1 this year. It would have been done in November 2021 were it not for the long Covid-19 school closures. According to the Kenya National Examinations Council, 46 per cent of KCSE 2021 candidates got Grade D and below.

Subcounty schools, which are at the bottom level and offer education primarily to day scholars, set relatively lower school fees. However, students' low scores in KCSE indicate an emerging issue of quality and inequality

"Subcounty schools, which are at the bottom level and offer education primarily to day scholars, set relatively lower school fees. However, students' low scores in KCSE indicate an emerging issue of quality and inequality," Dr Miku Ogawa, an education sector analyst, argues. His latest findings are published in the current edition of Prospects journal.

Ogawa says although subcounty schools have been built to enhance secondary school enrolment, placing students in low quality schools is not enough to eradicate inequality. "This wide variation among schools by category has major implications for the students' prospects," he says. Ogawa suggests that the government ensures minimum quality standards in all schools to reduce inequality.

Ogawa had an interesting conversation with a school principal who suggested that students who get low grades in primary school be sent straight away to technical courses. "He (the principal) argued that students who may not go to universities should not be in secondary schools, and instead, should pursue polytechnics because a secondary education certificate without higher education is increasingly becoming useless," Ogawa recalls.

In KCSE 2021, only 17 per cent of all the candidates achieved a grade of C+ and above. This is the minimum grade required for entry into Kenyan universities. The rest of the students were encouraged to take up technical and vocational training courses in polytechnics and county vocational training centres.

The government is pursuing a policy of 100 per cent transition from primary to secondary school. Subcounty secondary schools are a key part of that strategy. In April, the then Cabinet Secretary for Education Prof George Magoha said subcounty schools are the future of the country. "The government has deliberately invested in these day schools, and they're almost 75 per cent of all schools. They registered an excellent performance," Magoha said.

In the past several years, subcounty secondary schools have seen government funding rise from Sh12,870 to Sh22,244 per student. This was done to give students from low-income households access to affordable education, but problems remain with quality.

Why subcounty high schools are failing

Three Kenyan educationists have recommended that the classification of secondary schools into national, extra-county, county and subcounty schools be abolished. The three, Japhary Nyangweso, Julius Maiyo and Robert Kati, authored a report arguing that the classification creates negative class systems, which label some students as superior to others.

"Students who failed to score grades that could allow them to join universities and diploma colleges were predominantly found spread across the subcounty and county categories of public secondary schools," the educationists concluded. The report is published in the Journal of Education and Practice.

Teachers in subcounty secondary schools say their students join when already depressed by the low grades they got in KCPE. There are students who qualified for better schools but their parents or guardians could not afford the fees. The students then ended up in subcounty schools. Either way, the students join those schools with low self-esteem, which hurts their academic performance in the long term.

Most students in subcounty secondary schools spend several weeks at home each term as their families look for school fees. The status of their families forces the students to engage in casual labour outside school hours instead of doing homework. Fatigue and hunger distract the students from their studies.

Post a comment
WATCH: The latest videos from the Star
by GODFREY KIMEGA Communication Professional
Lifestyle
24 December 2022 - 07:00
Read The E-Paper