Why you should not pursue farming without insurance 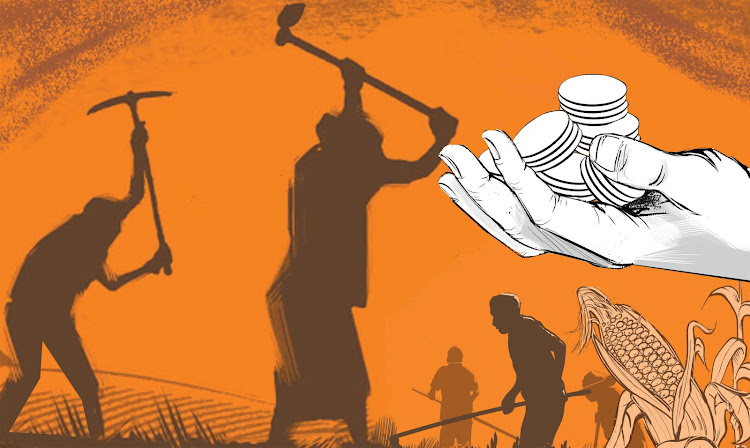 We are well past mid-December and it is painfully obvious, especially to farmers in the east and north of the country, that the rains which were expected to begin in October will once again disappoint.

Livestock and crop farmers in southeastern and northern Kenya, as well as large parts of the Coast, are wary of yet another failed rainy season. This follows three successive years of poor rains.

Interestingly, while half the country is in a major drought, the western and central parts of Kenya have been recording good rainfall since 2019, resulting in the flooding of lakes and rivers.

The United Nations states that in a normal year, the drought-affected parts of Kenya are supposed to get 70 per cent of their annual rain during the October to December season. Failure of those rains for several years in a row has been a disaster for farmers. As of June 2022, an estimated 1.5 million livestock had died in Kenya because of lacking food and water.

The value of crop and livestock losses are estimated to be in the billions of shillings. Such huge losses plunge families into poverty, which makes them go hungry. Without money, they cannot afford to resume farming when the drought eventually comes to an end.

What exactly is agricultural insurance? It works like any other type of insurance that you would take for your car, your home or your health. You pay a fee to an insurance company (a premium) so that in case something destroys your crops and livestock, the insurance company compensates you for the loss. In this way, you will have money to restock livestock or to try planting again when the rains resume.

"There is a need to improve crop insurance coverage by incorporating modern technology, such as mobile money transfers, and making premium payments more affordable by shortening the interval of payments to weekly or daily schedules," IEA says in a statement.

Several agricultural insurance projects are ongoing across Kenya, such as a World Bank-supported programme in which farmers pay as little as Sh50 in premiums. Such a premium can result in an insurance payment of Sh2,000 in case of crop failure occasioned by bad weather. Sh2,000 seems like a small amount of money, but the cash can help the farmer repay small loans taken for the farming venture.

A similar project supported by the International Fund for Agricultural Development has higher premiums, averaging Sh1,200 from each participating farmer.

This year, about 11,500 farmers who had purchased the insurance were awarded compensation due to the ongoing drought. The farmers received more than Sh85 million in total. That's an average of Sh7,390 each.

Farmers should be able to access insurance products with the least cost. For example, can they get insurance from the comfort of their house using mobile apps, or can they access these products from the local retail shop?

For these types of projects, insurers use satellite pictures and readings from meteorological stations to confirm that a natural disaster has occurred at a particular location. The use of digital technologies greatly cuts back on the need for the insurance company to assess each farm for damages. Insurance fraud is greatly reduced, while farmers get their compensation money within a very short time.

Peter Owoko, a director in the Ministry of Agriculture, believes digital technologies will go a long way in increasing the penetration of agricultural insurance.

"Farmers should be able to access insurance products with the least cost," Owoko commented in a brief by the Kenya News Agency.

"For example, can these farmers access insurance from the comfort of  their house using appropriate applications on their mobile phones, or can they access these products from the local retail shop?"

Agricultural insurance across the world is generally subsidised by governments and development agencies. In the case of insurance targeting livestock-keeping communities, the government used to cover 100 per cent of the premiums.

This is now changing to a cost-sharing model, where farmers will pay 20 per cent while the government pays the other 80 per cent. As of September, 6,000 pastoralists had electronically registered for the latest livestock insurance project using a mobile phone application.

Agricultural insurance has become a big part of election campaign promises in recent times. Both President William Ruto and his strongest challenger, Raila Odinga, talked extensively about agricultural insurance while competing for the presidency in this year's General Election.

"To help pastoralists, I will start livestock insurance so that when livestock are killed by floods or drought, they can still be compensated," Raila said while campaigning in Turkana county in April.

President Ruto promised to implement crop and livestock insurance schemes as well as price stabilisation to ensure profitability and predictable income for farmers. The promise is contained in the Kenya Kwanza manifesto launched on June 30.

Drought, floods? All is not lost with crop insurance
Post a comment
WATCH: The latest videos from the Star
by GODFREY KIMEGA Communication Professional
Lifestyle
17 December 2022 - 07:00
Read The E-Paper