Working long hours not what it seems

You increase your risk of stroke, heart disease even as Ruto, Elon Musk tout it

• This style may deliver results, but it comes at a great cost to the individual's health 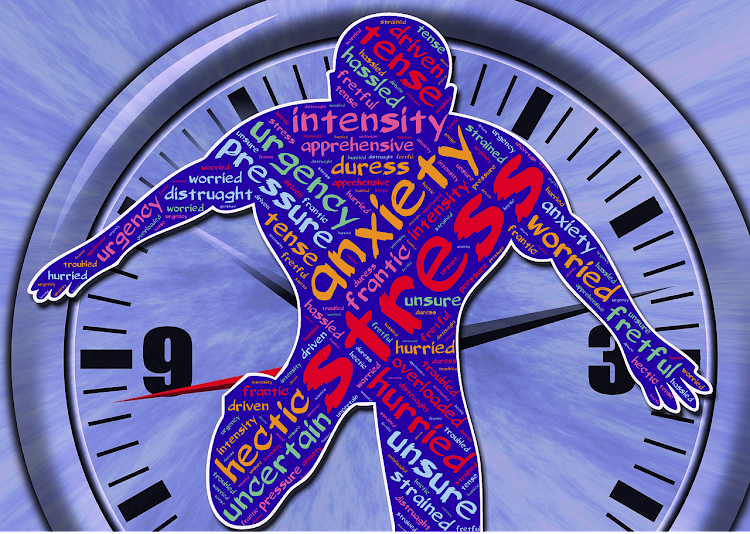 Lots of people boast of working long hours as proof of their industriousness. The lack of sleep, skipping of meals and inattention to illness are portrayed as badges of honour worth emulating by colleagues.

The tendency of associating long working hours with success has extended deep into our education system, where young learners in primary and secondary school routinely spend more than 12 hours a day studying for national examinations. To parents and teachers, long hours in class are the proven path to academic excellence.

National leadership is also veering towards long working hours. At the swearing-in ceremony of his first Cabinet Secretaries, President William Ruto expressed his expectations to the team. "There is no honeymoon for you because you will be leaving office very late, so the spouses will have to forgive us," the President said.

David Ndii, an economist in President Ruto's administration, said in September that he had been working long hours since the presidential election results were upheld by the Supreme Court. "My life since Supreme Court upholding of William Ruto's win: Minimum 12-hour working day, yesterday it was a record 16 hours. Hopefully, it all comes together today," he said on the September 13 inauguration day.

Officials working close to Uhuru Kenyatta, the immediate former President, also worked into the wee hours. "We sleep in the office and leave at 5am. We operate on an hour or two of sleep because the President is so fastidious," Nzioka Waita, Uhuru's Chief of Staff, said on Citizen TV in February.

Outside Kenya, celebrity billionaire Elon Musk is imposing a culture of long working hours in the social media company Twitter. Soon after taking over Twitter, Musk demanded that employees decide whether or not to become part of what he called the "new Twitter". He gave them a few days to click on an online link as proof of commitment to working "at high intensity". Those who failed to commit would leave the company.

Working long hours may deliver results, but it comes at a great cost to the individual's health. The World Health Organisation (WHO) reveals that working 55 or more hours per week is associated with a 35 per cent higher risk of a stroke and a 17 per cent higher risk of dying from ischemic heart disease, compared to working 35-40 hours a week.

Fifty-five hours a week is equivalent to 11 hours a day from Monday to Friday or nine hours a day when Saturday is included. "Working 55 hours or more per week is a serious health hazard," Dr Maria Neira, WHO's Director for Environment, Climate Change and Health, said last year. "It's time that we all, governments, employers and employees, wake up to the fact that long working hours can lead to premature death."

WHO and the International Labour Organisation estimate that 398,000 people died from stroke and 347,000 from heart disease in 2016 due to excessive working. Of concern is that the consequences of excessively long working hours can emerge later in life. WHO quotes data showing that most of the deaths recorded in 2016 were among people aged 60-79 years, who had worked for 55 hours or more per week between the ages of 45 and 74 years.

Among WHO's recommendations is for employers and workers' associations to arrange flexible schedules, while agreeing on a maximum number of working hours. Employees are advised to share the workload so that no individual ends up exceeding the 55-hour-per-week red line.

Meanwhile, numerous studies show that long hours at work do not increase productivity. A research study published by the Centre for Economic Policy Research (CEPR), a European think tank, found that long working hours led to an increased number of design defects. On the other hand, when working hours are reduced, individual productivity increases and fewer mistakes are made at work. This might happen because workers recover from fatigue and arrive at work with increased energy and focus.

A separate study carried out on 332 call centre agents in the Netherlands found that an increase in working hours made the agents slower. A similar effect was observed in part-time employees. A related study conducted in China between 2016 and 2018 confirmed that long working hours had a negative impact on health. One possible explanation is that the affected workers did not exercise, they ate poorly and their working conditions involved chronic exposure to computer radiation.

Do all these studies mean that working hard is bad for you? Not exactly. "Run away from anyone who tells you, 'You don't have to work hard, just work smart and you'll be OK'," financial adviser Dr Tayo Oyedeji says.

The concept of 'working smart' is all the rage these days, but Tayo advises that smart working is not an alternative to hard work. "You have to be strategic in finding the right kind of work for your goals and ambition, after which you have to work extremely hard to build a business or career in that field. Hard work is just not negotiable," Tayo says.

Therefore, the key is to find the right balance between working smart and working hard. In essence, Tayo is saying that managers and individuals must identify their goals, identify the right steps towards achieving those goals, and then work hard with a sense of direction on how to achieve those goals. The concept of SMART goals comes to mind: Specific, Measurable, Achievable, Realistic and Time-bound.

Be very specific about what you want to achieve and why it's important for you or your organisation. Set targets whose achievement shows progress towards the overall goal. For example, at what point can the project be judged as complete? Make sure your targets are achievable based on the available time, finances and experience. Be realistic about what you can achieve within a particular time-frame. Set a deadline for your targets because nothing gets done without a deadline.

For accountability purposes, anyone in a supervisory position should draw a plan showing when and how each step will be done and by whom. This will help in carefully calculating the workload of each individual to prevent overworking which, as we have seen, is not healthy.

Rise at 4am, sleep at 11pm: Learning or torture of kids?
Post a comment
WATCH: The latest videos from the Star
by GODFREY KIMEGA Communication Professional
Lifestyle
26 November 2022 - 06:00
Read The E-Paper