• He was yet to join politics when Pinto, Mboya, JM, Ouko were killed 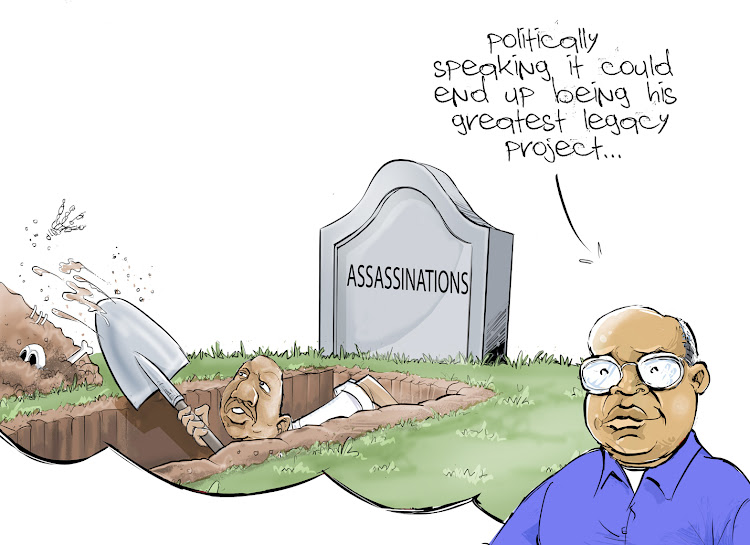 During the last couple of weeks, I’ve been reporting on the reopened inquest into the 1969 killing in police custody of anti-apartheid struggle activist Imam Abdullah Haron.

Imam Haron is but one of the many victims of the apartheid government, and the reopened inquest relates to his death in police detention on September 27, 1969, following his interrogation and torture by the notorious apartheid security police.

Imam Haron became increasingly critical of the apartheid government’s policies, and in the 1960s, he began to get involved in clandestine anti-apartheid activities.

On May 28, 1969, Haron was arrested by the Security Branch of the South African Police and held in solitary confinement at a couple of police stations. Haron died after 123 days in police detention.

In 2019, based on new evidence and other grounds, the Haron Family made representations to the National Director of Public Prosecutions, requesting the reopening of the inquest.

In June this year, SA’s Justice and Correctional Services Minister Ronald Lamola formally requested the head of the Western Cape province’s courts to designate a judge to reopen the inquest.

All through this process, which I first got involved with through my work as a journalist in 2019, I have been thinking about a similar sort of closure for families of victims of what many still believe to have been political assassinations since Kenya’s Independence in 1963.

Despite promises by the governments of the day to “leave no stone unturned” in their investigations of the deaths, none of the four deaths has ever been satisfactorily examined on a level such as is happening now in SA with the reopened inquest into Imam Haron.

As I see it, one of the biggest problems has been that high-ranking government of Kenya officials, their friends, supporters and even relatives have been the chief suspects in the political assassinations.

The Jomo Kenyatta government and some of its most senior people were allegedly involved in the killings of Pinto, Mboya and Kariuki and so could not realistically be expected to turn the spotlight on itself in a bid to get at the real truth.

Similarly, top members of the Moi government were allegedly behind the Ouko killing. At the same time, presidents Moi and his successor President Kibaki held senior posts in the Jomo Kenyatta Cabinet, and while it is possible they knew more than the average Kenyan about what happened in the three killings, they died with their knowledge.

The same for Kibaki in relation to the Ouko killing. He was a senior member of the Moi Cabinet and, in fact, acted as Foreign Minister briefly after the murder of Ouko. He was not going to shine the light on a government he was a part of.

This is despite the fact that in 1975, Kibaki broke ranks with the Jomo Kenyatta Cabinet and attended the funeral, where he spoke and said words to the effect that even if it took a century, the truth would one day emerge.

As for President Uhuru Kenyatta, the clue as to why he may not have wanted to dig too deep may be in the fact that his father didn’t bother and neither did his political mentors, Moi and Kibaki.

However, now at last the President of the country is someone who has no close ties to any of his predecessors, was not in government and owes nobody any political debt.

President Ruto was as yet unborn when Pinto was killed in February 1965. He was about two-and-a-half when Mboya was shot dead in July 1969, eight when JM was tortured and killed, and 23 and about to graduate and on the cusp of his political career when Ouko was similarly tortured and killed.

Politically speaking, it could end up being his greatest legacy project, even though I am told he has no great interest in history.

Jamhuri Day: The heroes we have forgotten about
Post a comment
WATCH: The latest videos from the Star
Lifestyle
20 November 2022 - 05:00
Read The E-Paper