What makes one desperate enough to attack people in broad daylight? 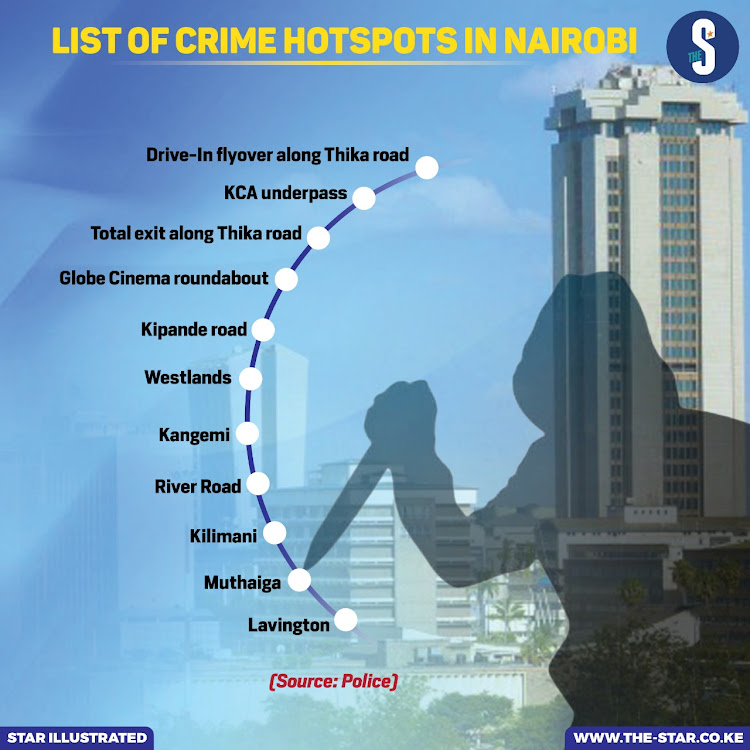 There has been an alarming number of cases of insecurity happening in Nairobi’s CBD. The incidents reports went viral on Twitter as victims shared their ordeals with other across the social media platform, warning citizens to be wary of Nairobi’s Central Business District.

The CBD has always been a hotbed for snatching, pickpocketing and mugging that would sometimes end up being an aggravated robbery. Most of these cases, however, would be swift, clean and too quick to notice. Sometimes, the victim would not realise until much later that they have been robbed.

However, the current reports are alarming as citizens who shared their mugging ordeals said they were attacked either in broad daylight or in very crowded areas. Some said they were robbed in plain sight as other pedestrians looked on.

The assailants often attacked a victim in a group as they surrounded their prey, snatching all the valuables before disappearing in different directions. Many survivors detailed how the whole operation would last just a few seconds, but to them it would feel like a lifetime.

Many of the victims said that they were attacked by thugs who carried weapons such as knives and firearms. Others claimed to be brutally beaten if they showed any resistance or they did not have anything valuable on them. The boldness of the thugs to attack people in public like that shocked many. The boldness of the muggers seems to come from either their desperation or their assumption that they can get away with the crime.

The increased insecurity surrounding the CBD caught many citizens off guard as they banded together to plead with officials to take note of the matter. The discussion on the dire situation on Twitter got to Nairobi’s newly elected Governor Johnson Sakaja. He met the Inspector General of the Police with a view to restoring order in the city. As it stands, the conversation has changed to people taking note of increased security in the city as police officials have started sting operations to catch the perpetrators.

I wonder… if all of us are crying about the harsh times we are in with inflation and looming recession, are thugs also feeling the pinch? If we hardly have anything for ourselves, are they running low on the loot? Is this what is making them desperate enough to attack people in broad daylight?

Times are tough for everyone. Everyone I know (myself included) seems to be in some type of dire financial situation. We are all just trying to make our way past this bump in the road. None of us has any room for empathy towards criminals and robbers, who take advantage of hard working Kenyans, who toil from morning to night, working hard to provide for themselves and their families. Criminals are just looking for short-cuts to get money without breaking a sweat like the rest of us.

We not only need increased security in areas with increased crime but also the harshest form of punishments to be given to those who terrorise innocent civilians. Those who wish to live by the sword must die by the sword.

‘Clenching the purse’ no longer helps with preventing theft

Backpacks are now being worn like baby carriers in fear of mugging
Sasa
5 days ago
Post a comment
WATCH: The latest videos from the Star
by Nabila Hatimy Entertainment Writer
Lifestyle
19 November 2022 - 06:00
Read The E-Paper