Types of ammunition used in war on English

Sheng, pidgin, mother tongue interference are all used to defeat it 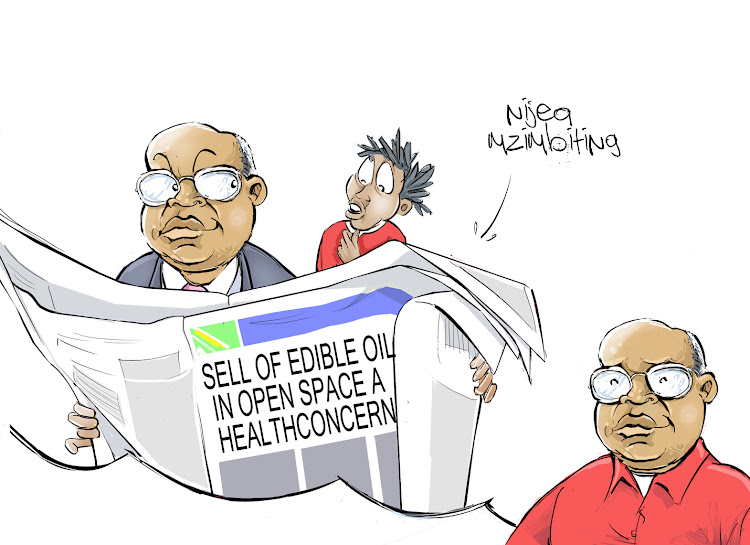 The British empire may be long gone, but everywhere you go in countries that were once a part of the British Empire, on which it was once said the sun never set, the war against the English language continues.

Though there is no formal agreement in place, at least none that I have heard of, countries which were once part of the British Empire appear linked together in their cause and in their need to bring the English language as the empire taught it to its knees.

The complete and utter destruction of the English language is the least we can do after the empire destroyed our cultures, our heritage, our lands and our faiths.

It is but a little payback for the many instances the English language stole our words and incorporated them into its language, and a most fitting revenge for all the times the empire bastardised the languages of the peoples it conquered.

In Kenya, we have been defeating the English language, to coin a phrase from my dear friend Rakeli, for as long as we’ve had access to it. Take the Sheng language, for instance.

Some scholars claim the language emerged in the multicultural environment of Nairobi in the 1960s. Others think it might have been earlier, but all tend to agree that, as well as Kiswahili and English, other Kenyan languages have made their contributions to the language through the years.

Here in SA, they have a similar language, Tsotsitaal. The lingo is described in Wikipedia as “a vernacular derived from a variety of mixed languages mainly spoken in the townships of Gauteng province (such as Soweto), but also in other agglomerations all over South Africa”.

The word Tsotsi is a slang word in at least three of the country’s 11 languages  for a "thug" or "robber" or "criminal". The word taal in Afrikaans means "language".

In west Africa, they hold the continental prize for having subverted the English language the longest through the use of pidgin.

According to Italian scholar Francesco Goglia, who wrote a PhD thesis on the subject:

“The origins of Nigerian Pidgin English lie historically in trade contact between the British and local people in the 17th century. It is part of a continuum of English Pidgins and Creoles spoken in other West-African countries, such as Cameroon, Sierra Leone and Ghana.”

Pidgin has taken the subversion mission so far down the road that it is even an official BBC language with its own online news service launched by the World Service in 2017.

These thoughts about the defeat of the English language were triggered by a Tanzanian front page newspaper headline I saw that read: “Sell of edible oil in open space a health concern”.

It is quite clear to me that they meant to write “Sale”. It is also obvious that none of the newspaper’s gatekeepers caught the error.

I’ll be generous and chalk it down to MTI or mother-tongue interference. The word “sell” in Kiswahili is “kuuza”, while the word “sale” is “mauzo”. But if you were talking about the sale of something, then in Kiswahili I believe you would use the former.

If I am right, this would explain why nobody noticed the “error” until it was too late, and really other than grammar nazis and such like nitpickers, nobody cares that much, least of all those who would support the cause of the defeat of the English language.

By the way, just in case you thought I was making up the phrase, mother-tongue interference is a real thing and has been studied and written about by academics across the globe.

Rana Thyab of the Ministry of Higher Education and Scientific Research at Tikrit University in Iraq put it simply when she wrote: “Mother-tongue interference refers to the influence of the native language of the learner on his or her acquisition of the target language.”

MTI is the reason people from the Mount Kenya region, for instance, have trouble saying the name of a famous tourist hotel on the Nyeri side of the mountain: Naro Moru River Lodge.

Open letter to teachers on their role in English failure
Post a comment
WATCH: The latest videos from the Star
by Mwangi Githahu Columnist
Lifestyle
13 November 2022 - 05:00
Read The E-Paper