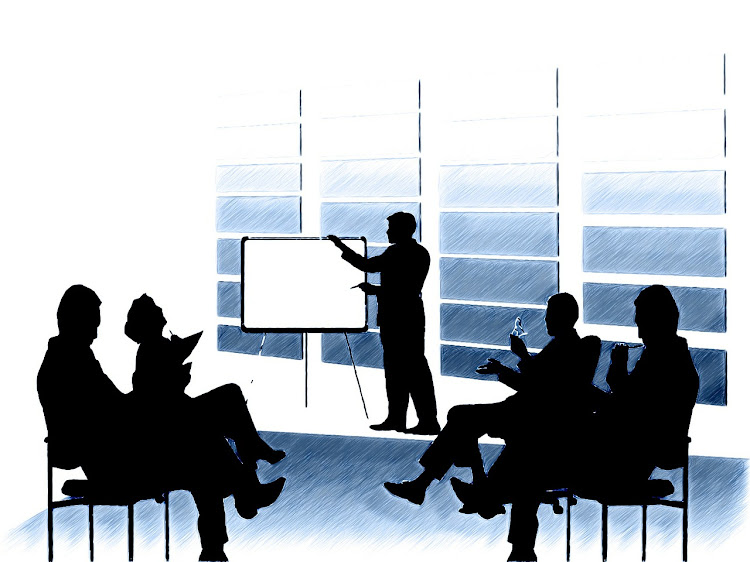 Widely expected to fire most if not all the Cabinet Secretaries appointed by his predecessor, President William Ruto baffled friend and foe by holding Cabinet meetings and attending state functions with people who openly campaigned against him just a few months ago.

Meanwhile, Ruto's Cabinet nominees were going through a vetting process in Parliament. Assuming no hiccups in the vetting, the proposed Cabinet should be sworn into office sometime in November. By then, the new President will have worked with his predecessor's appointees for almost two months following his inauguration on September 13. In essence, Ruto is the first President under the 2010 constitution who is working with Cabinet Secretaries appointed by a predecessor.

Away from politics, there's an interesting discussion in professional circles on the right way to conduct a transition of leadership in an organisation. Whoever takes leadership in any organisation is faced with the dilemma of whether to remove key people and start with a clean slate or have a smooth transition with existing heads of department.

The reason for the transition strongly influences how new leaders conduct themselves. Leadership changes that were foreseen, such as those arising from retirement or the expiry of an incumbent's term of office, are easier to manage compared to abrupt transitions. An organisation may undergo a sudden transition if the office holder unexpectedly resigns, is dismissed from office or dies.

"Leaders in transition rely on the skills and strategies that worked for them in the past. That's a mistake," writes Prof Michael Watkins in the Harvard Business Review. Watkins believes leaders moving into new roles must gain a deep understanding of the situation at hand and adapt to it.

Anyone taking leadership of an organisation is most likely entering one of these situations: launching a new venture or project, saving an organisation that's in serious trouble, taking over a rapidly expanding company, re-energising a once-leading company or following in the footsteps of a charismatic leader with a strong legacy of success.

The Society for Human Resource Professionals (SHRM) presents four major factors to be considered whenever an organisation is going through a leadership change, whether planned or abrupt. The factors are: defining the organisation's mission, employee engagement, succession planning and open communication.

New leaders should get proactive in addressing employees' anxiety over the transition. It's worth noting that President Ruto and Deputy President Rigathi Gachagua have consistently assured civil servants that their jobs are secure in the new administration. SHRM recommends that new managers in an organisation identify and engage "change agents". These are informal leaders within the organisation who are respected and trusted, and who can help ease any lingering worries over impending changes.

Succession planning is about identifying critical positions in the organisation and then preparing the right calibre of employees to assume those positions in future. Good succession planning ensures there will be no shortage of replacements regardless of the circumstances under which an office becomes vacant. Countries ruled by monarchies, such as the United Kingdom, provide a vivid example of succession planning. The crown prince or princess automatically takes the throne if the reigning monarch dies or leaves office.

Employee communication is important for a successful transition of leadership. In case of a sudden change in leadership, SHRM recommends explaining to employees the exact reasons for the leader's departure. "Being truthful and open will make employees feel valued. And just as important, employees will then feel protective of the company as it attempts to move forward," the society suggests in a manual.

New leaders will usually want to change the organisation's strategy but this must be handled with care. Radio personality and media executive Caroline Mutoko is convinced that lousy strategy and poor execution are the causes of corporate failures in Kenya.

"Another area where leaders fail and happily take the business with them down the shaft is when they embark on a flawed strategy," she says. "Let me say it again for good measure, businesses don't fail, leaders do."

Even a well-written strategy will fail if poorly implemented. Mutoko says ensuring a certainty of execution is job number one for executive leadership. "Talk is cheap. It doesn't matter how many times you go before the board and lay out grand plans and projections. If you don't do the work, you will fail," Mutoko said, in her usual blunt manner.

Studies show that almost half of new managers fail within the first 18 months, but the consequences of bad decisions can appear as much as a decade later. The success of a new leader is not just about his or her ability. It also depends on the systems an organisation has put in place to help with the transition.

Unlike in politics, where a new leader can bring in people with like-minded ideas, such an approach is not possible in the corporate sector. The new leader has to work with people who have been in the organisation for years, some of whom may believe they deserve the job the newcomer is holding.

Anyone appointed to a leadership position is, therefore, expected to work with the existing employees to implement his or her vision for the organisation. In this way, perhaps the new President's approach of working with Cabinet Secretaries he found in office is an example of a smooth transition. Time will tell.

Five ways to build your net worth

Rich hustlers of Ruto's Cabinet had to start from somewhere