When a baby cries, it is a form of communication used to attract attention.

•Apart from babies having different accents when crying, researchers have revealed more. 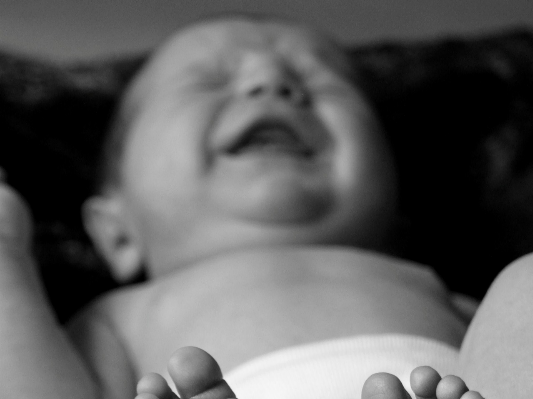 The link between paternal age and the increased risk of mental illness has long been recognized by health practitioners, but researchers are beginning to unravel more details.

Apart from babies having different accents when crying, researchers have revealed that those born to older fathers, tend to have a different crying pattern.

When a baby cries, it is a form of communication used to attract attention from adult caregivers, but even though every baby cries in a similar way, each has its own distinct way.

The team, led by Professor Noriko Osumi, Tohoku University Graduate School of Medicine has conducted a study, using mice, to determine how paternal ageing influences the vocal behaviour of offspring.

As research links infant crying as a marker of a baby's development, the team suggested that altered crying in a baby may indicate a risk for autism spectrum disorder or other neurodevelopmental disorders.

“Children with these disorders show particular crying patterns. However, scientists do not fully understand what makes the crying patterns of these children different,” Osumi said.

In modern societies where humans are marrying and giving birth at older ages, advanced paternal age may represent a risk factor for neurodevelopmental disorders and lower body weight in the offspring.

The team published their findings in the journal iScience. 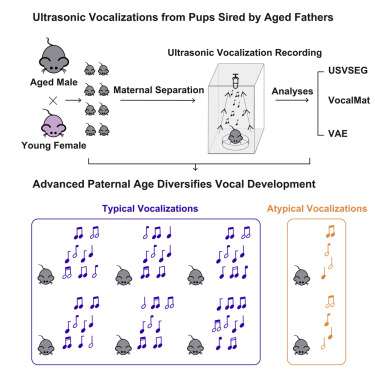 The team studied the vocal behaviour of baby mice, called pups, to determine how the age of the father affects the pups' vocal communication and body weight development.

The researchers examined the ultrasonic vocalization consisting of syllables. Their analyses showed that in pups with advanced age fathers, the syllables were reduced in number and duration.

The syllable composition was also altered, with a more limited syllable repertoire in the pups with advanced-age fathers.

Comparing the weights, the team discovered that the pups with advanced-age fathers had consistently lower body weight gain than pups with young fathers.

This finding supports the clinical evidence that advanced father’s age is a risk factor for the atypical development observed in children with neurodevelopmental disorders and suggests that the effect of advanced paternal age could be detected in early infancy.

Your unborn child reacts to what you taste and smell

Other measures include increased surveillance, active screening for those at risk
News
2 months ago

How to help your child to overcome allergies

Early introduction to ‘adult’ food is helping my son overcome his allergies
Sasa
2 months ago
Post a comment
WATCH: The latest videos from the Star
by MARGARET WANJIRU Health & Lifestyle Journalist
Lifestyle
27 September 2022 - 02:00
Read The E-Paper