Her ancestor gifted Mt Kilimanjaro to Tanzania in Scramble for Africa 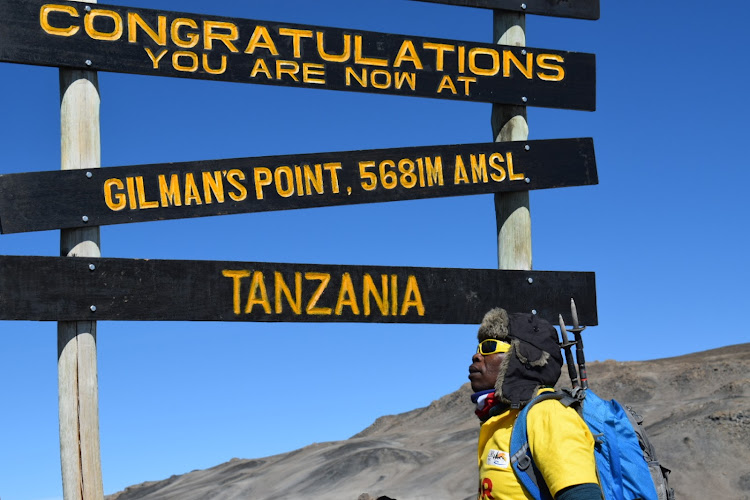 The main building of the Embassy of Germany in Kenya is named after Ludwig Krapf. It is called Ludwig-Krapf House. John Ludwig Krapf was the first Christian missionary from Europe to arrive in Kenya.

He arrived here in 1844. Some say he was the first Protestant evangelist from Europe to reach East Africa.

Earlier than him had come other Christians, the Portuguese, in the 1490s. But their interest in these parts was more in exploiting commerce than in expanding Christianity.

The onus of being the pioneer of the faith in Kenya rests on Krapf from Germany. He did not arrive alone but with his beautiful wife Rosina Dietrich. Later he was joined by another German evangelist called John Rebmann.

Both were members of the Church Mission Society. This body was founded in England in 1799 to champion and expand Christianity across the world but mainly outside Europe.

It is said that Krapf and Rebmann were the first people of European origin to view Mount Kenya and Mount Kilimanjaro. Two mountains that tie Kenya, England and Germany together deep in the colonial 19th Century.

They were fascinated by the snow peaks of the two highest mountains of these parts of Africa found at the hot Equator. Krapf wrote about his travels and works like many European visitors to Africa then.

He distinguished himself in the second half of 19th Century as a champion of Christianity and a pioneer scholar of Kiswahili. It is Krapf who wrote the first outline of our lingua franca way back in 1850.

He devoted time to study the linguistic nature of Kikamba, Kipokomo and Kigalla to mention a few of our indigenous languages that interested him. His authority as a linguist carries on to his pioneer work on the first Kiswahili-English dictionary in our literary history.

He did major parts of this work while residing in Kilifi county among the Giriama at a place called Rabai. Most Kenyans are not aware that this is the location where the first church in our republic was constructed in 1846.

A dusty and water-thirsty place, Rabai today is a museum complex that attracts both internal and external tourists. Like a manger, and it is one, Rabai carries the pivotal memory of our country, its national language and dominant mainstream religion.

Krapf today is long gone and his formative work in the linguistic study of Kiswahili is not very visible to many. His lexicographic contribution to the transcription and translation of Kiswahili is taught but in specialized departments of universities mainly.

An average Kenyan today may not know who Krapf is even as they read or write in Kiswahili using the alphabet from Europe that the man helped to domesticate here. Fewer Kenyans yet recall that he was the earliest European to penetrate the upcountry from the Coast. A handful may remember that this German introduced Mount Kilimanjaro to Europe and the world.

Mount Kilimanjaro, the landmark that towers between a former German colony and a former English colony. The mountain towers above the roof of Africa in majestic silence like a monument to times bygone, and it has witnessed them.

After Krapf, the Germans would lay claim to Tanzania and the English to Kenya before the end of the 19th Century. By then, the man of the Bible had already kicked the bucket. He died three years before the infamous Berlin Conference of 1884, where the Scramble for and Partition of Africa took place around a boardroom table with a map on the wall.

Mount Kilimanjaro. Today it is found in Tanzania but viewed prominently by many from the Kenyan side of the border. A story is told of how the famous Queen Victoria of the 19th Century made a gift to the King of Germany in 1886. It was the 27th birthday of this moustached last king of the Germans.

Kilimanjaro had fallen on Kenyan territory at the Berlin Conference when colonial maps were being drawn. Queen Victoria reigned here. Across the border lay Tanzania and the 27-year-old King William the 2nd of Germany reigned here.

The two were fond of each other, so the story goes. The King complained that the Queen had two mountains, Kenya and Kilimanjaro, in her area. The two mountains were already famous, having been introduced by Krapf to Europeans four decades earlier.

The King was the son of the daughter of Queen Victoria, called Vicky. The doting grandmother of Europe gave in to her favourite grandson’s birthday wish. The border was rubbed and pencilled a little, and voila! Tanzania now hosted Africa’s highest mount.

These events and personalities bygone by a century and a half still hover above our modern realities here. Just like the name Krapf in Nairobi and Rabai refuses to die and marks milestones in our modernisation history, so does Victoria. She is the name of our largest lake shared by Kenya, Tanzania and Uganda.

She is also our German connection to Queen Elizabeth, who we buried this week. Victoria’s husband was a German royal called Albert. Their son Edward, who ascended the throne after she died 120 years ago, is the great-great-grandfather of the late Queen Elizabeth.

Elizabeth became queen while visiting Kenya in 1952. Her roots rest where Germany, England and Kenya meet with History somewhere between Mount Kilimanjaro and Mount Kenya. May she rest in peace.