Pick your battles with phone scammers 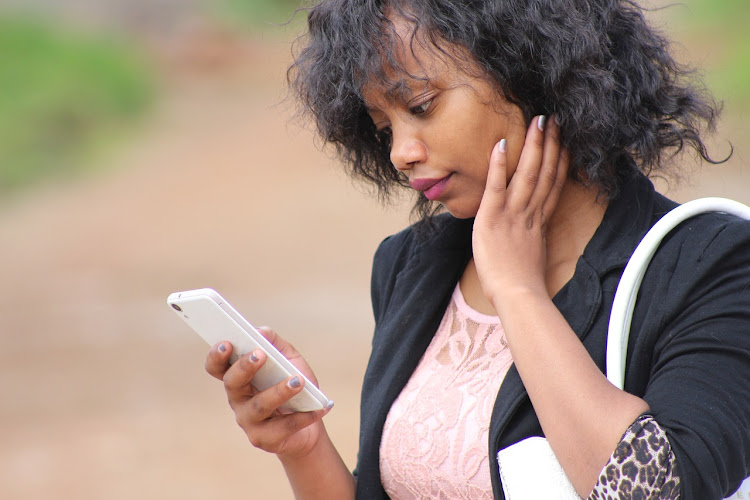 In this day and age, we are all familiar with the conmen and women who are notorious for swindling unsuspecting mobile subscribers out of thousands of shillings.

I say conmen and women because we have all, at least once, come across ‘the woman from Safaricom’. Therefore, we know that the game of conman-ship knows no gender. For the purpose of this article, I will simply refer to them as cons.

As I sat on my desk one sunny day, ready to type my feelings away, I received a WhatsApp text from an unknown number, inquiring about a phone for sale that I had allegedly posted online. Obviously at first glance, you could tell it was a scam. However, this was different from the other cons I had been exposed to.

Firstly, the scammers preferred to use phone calls regarding some ‘urgent’ matter or asking you for personal information. Then they moved to text messages with their “tuma kwa hii number” messages or phoney texts from teachers.

Over the last few months, I noticed a new breed of scammers who started appearing on WhatsApp. Their profile pictures would be smartly dressed and captured in a photo studio. They will start slowly by simply saying “hello”. On my first encounter with these particular scammers, they forwarded a long message about some type of convention or seminar. I was curious, I engaged the scammer for a bit, by asking how he got my number. The reply was long-winded with no particular direction, hinting that I must have left my numbers at one of their seminars.

After that, I received several messages from ‘the smartly dressed mob’, which I did not engage. WhatsApp has a report option as well as a block function. I always report scammers either to Safaricom or by using the WhatsApp ‘report’ function.

However, on this particular day, I decided to be a wise [ahem] man* with a smart-mouth response. My plan was to say that one thing to scare him off and get back to work. Turns out, I had poked the hornet’s nest. You see, the thing with these people is that they have nothing to lose and a lot of pent-up frustration that they are willing to dump on innocent strangers.

In his response, I could easily tell that this person was a man and he was from my region. The curse words, precise Swahili and persistence could only come from our people. Scammers from other parts of Kenya literally do not have time to engage with foolishness as they go on about their hustle.

I reported this person several times on WhatsApp only for him to pop up seconds later with another number, including area codes from neighbouring countries. At that time, I was sure that this person was sitting behind a computer somewhere using a software that could generate numbers for him to text.

An important message to WhatsApp: the report function is only available after opening the message, which gives the sender the satisfaction of knowing that you have read their messages before reporting. We would appreciate an option of reporting messages without opening them or some filter where scammers cannot access us so easily.

Although I did not engage with that person after the first response, he kept on prodding me for a comeback. A desperate move from what we call keyboard warriors, people who have the guts to do and say what they want behind the anonymity of the Internet.

Yes, I learnt my lesson. I am back to reporting and blocking without replying. There is absolutely no benefit for us to engage with these people. Whether it be on the phone or on social media. Trolls will always exist and those who engage them will always egg them on. They have no morals or the slightest bit of humanity, they don’t care if they are harassing an old person or a young kid. For them, we are just fish waiting to be baited.

The only way we can win against scammers, cons and trolls is to not engage with them and to report them as swiftly as possible. We can only hope that when there are no more people to take their bait, they can retreat into the shadows they came from.

Post a comment
WATCH: The latest videos from the Star
by Nabila Hatimy Entertainment Writer
Lifestyle
24 September 2022 - 06:00
Read The E-Paper