Is the British Monarchy in jeopardy?

• Former colonies shed no tears for Queen after history of looted artefacts, lands 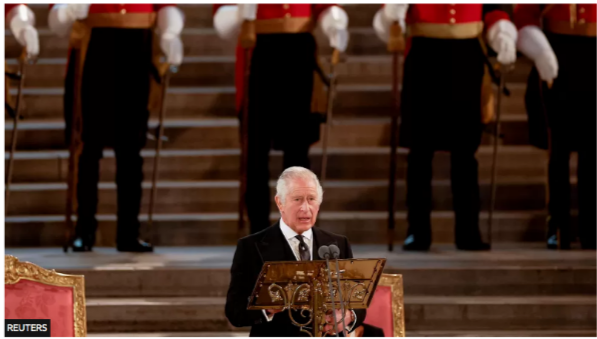 By the evening of Thursday September 8, the world had received the message: London Bridge is down.

Thanks to the Netflix original, 'The Crown', we know the coded message to mean the Queen is dead. Side note: We now also know that nursery rhymes have a deeper inference than their literal understanding.

Queen Elizabeth II died a couple of days after meeting the newly elected Prime Minister Liz Truss. The Queen was 96 years old and had celebrated her platinum jubilee earlier this year. Meaning she had been Queen of the United Kingdom for 70 years! The longest-reining British Monarch and longest-serving head of state in the world!

The Queen’s tenure saw several of the British colonies become independent, while other realms became republics. She was still monarch and head of state to 15 territories at the time of her death, including, Canada, Australia, New Zealand and Bermuda. She ascended the throne long before Kenya became independent and, as Kenyans love to remind people, “She went up a Princess and came down a Queen.”

This referring to the time when Queen Elizabeth (then a Princess) stayed at Treetops Hotel and discovered that her father King George VI had died that night, making her the Queen.

I believe the second Elizabethan Era was a transitional time for the world. Most countries demanded independence and the Queen was forced to oblige and change with the times. Because her era was one that birthed four generations: the boomers, the Gen X, Millennials and Gen Z, most people grew up with her as the image of the monarchy.

The image of the Queen in her reign is split into two: those who saw her as a symbol of stability, and those who saw her as the image of tyranny. If you have scrolled any of the social media networks these past weeks, you would understand. There is no doubt that Queen Elizabeth was probably more beloved globally than any of her ancestors, but a lot of people still saw her as a remainder of the tyranny and oppression they faced at the hands of imperialists. Many former colonies are still demanding reparations from the decades of plundering the British imperialists subjected on them.

For instance, Indians have been demanding the return of the Koh-i-noor diamond for decades, and more so since the Queen’s death. Koh-i-noor which means Mountain of Light, is currently the world’s biggest diamond and weighs over 105 carats. It is said to have been plundered from the conquest in India and handed over to Queen Victoria ‘as a gift’. The stone is now one of many diamonds and precious stones that bedeck the monarch’s royal crown. A crown that will soon be placed on Queen consort Camilla’s head.

From America to South Africa, there is no country in the world that was colonised by the British that will have flowery words to say about the monarchy. For most of us, colonisation was a bloodied part of our history that is riddled with gory tales and looted artefacts and lands. Most of the artefacts in museums throughout Europe were once precious items that belonged to African and Asian kingdoms. For us, history is black and white.

As the Elizabethan era draws to a close and the British Empire begins its investiture of its next three kings, the rest of the world wants off this rocky boat ride. As it is, many countries under the monarchy, including Northern Ireland and Scotland, have spoken out about becoming independent. King Charles III might find that waiting 73 years to become King was easier than being the King. After all, heavy lies the head that wears the crown.

Post a comment
WATCH: The latest videos from the Star
by Nabila Hatimy Entertainment Writer
Lifestyle
17 September 2022 - 06:00
Read The E-Paper