• For Somo, concepts taught by the radio teachers sounded simpler than class lessons 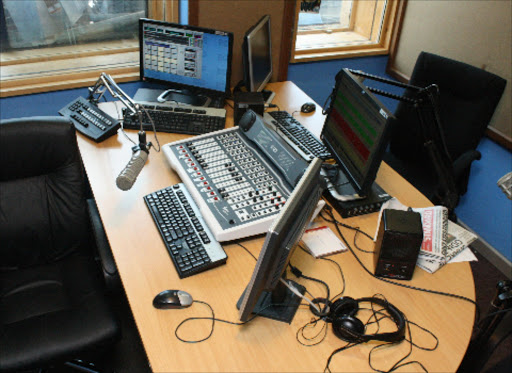 Hailing from a poor background in the remote parts of Merti in Isiolo county, Musa Somo, 21, never thought of pursuing education beyond secondary school.

Brought up by a single mother and with three younger siblings to take care of, Somo was never optimistic about scoring a ‘good grade’ that could secure him a place in college.

He just wanted to acquire a Form 4 certificate before retreating to the village to help graze his family’s six camels.

“I was interested in joining college and I put a lot of hard work in my studies but kept posting poor grades and came last in my class,” he said during a recent interview, during which he declined to have his photo taken.

The situation would worsen when the government ordered the closure of all learning institutions to curb the spread of the coronavirus.

This affected not only learners but also parents and teachers. Learners lost their time, while parents were unsure if their children would ever compensate for the lost time.

Most affected were learners from far-flung areas with no power connectivity, making it hard for them to study at night as they remained engaged during the day in taking care of livestock.

“I would spend my day out in the fields, herding the animals, and come back home in the evening to rest for the next day,” says Somo, who was among more than 3,000 Form 4 candidates affected by schools closure in Isiolo. 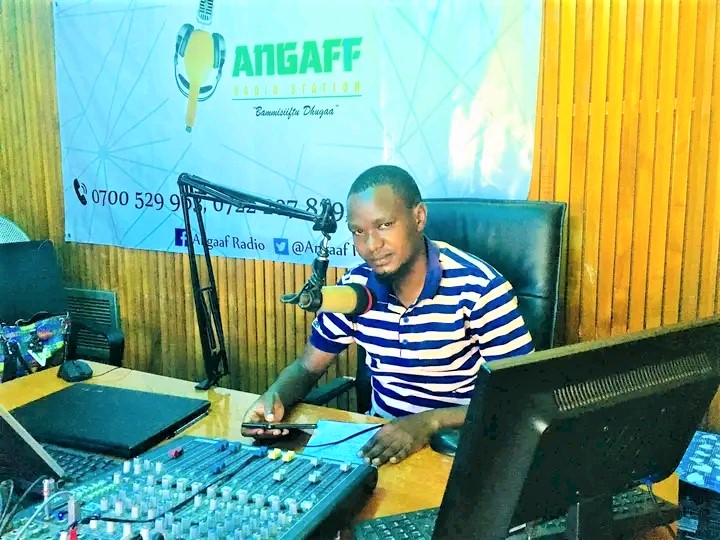 Mwalimu Tony from Ngaremara Girls conducts a business studies lesson at Angaaf Radio in 2020, when schools closed due to the rising cases of coronavirus infections
Image: ANGAAF RADIO

I would carry my late dad’s small radio, a pen and a notebook to the grazing fields, and funny enough, the lessons were so simple to understand, unlike those taught in class

According to research recently conducted by Usawa Agenda, more than 70 per cent of learners cannot access digital learning, most of whom are in public schools and in the interior parts of the country.

Lack of Internet connectivity in the areas prompted the Isiolo Parents Association to seek interventions.

“We realised most parents had no television sets and many learners would likely be enticed by local FM stations, unlike other national radio stations that offered lessons,” said County Parents chair Ismael Galma.

The association, after research, settled on Angaaf Radio Station, which broadcasts in both Swahili and local dialects due to its wide reach in the region.

The parents’ officials later approached local leaders and an NGO involved in conservation to help remunerate more than 20 teachers who would be contracted for the exercise.

The teachers, drawn from different secondary schools in the county, would provide one-hour radio lessons to the learners five times a week.

The first 40 minutes would be used to teach and the last 20 minutes for recap and questions.

Unknown to Somo, the firstborn in a family of four, the teaching programme would completely change his mindset concerning studies and eventually help him secure an opportunity in one of the leading private universities in the country.

He says concepts taught by the radio teachers sounded simpler than those he had previously been taught in class.

“I would carry my late dad’s small radio, a pen and a notebook to the grazing fields, and funny enough, the lessons were so simple to understand, unlike those taught in class,” he says.

“I would then revise what was taught the following day.” 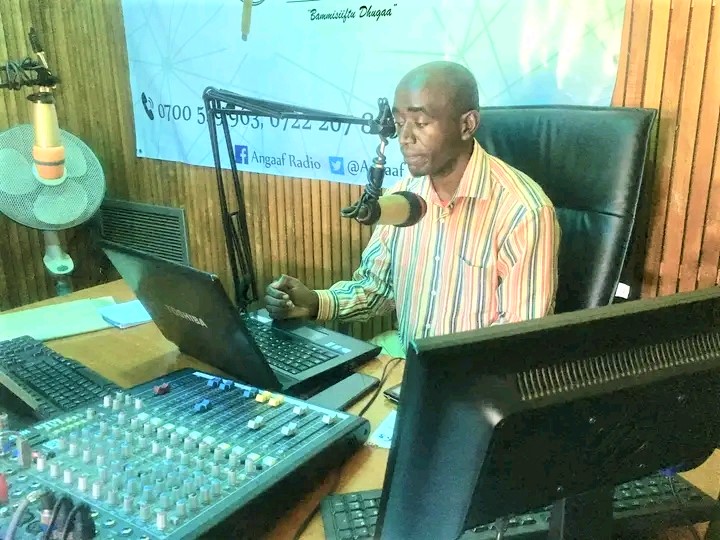 The station’s manager, Ibrahim Yaroo, says the sessions greatly affected their normal programming as they tried to accommodate the learners.

“The lessons were running from Monday to Saturday, and we had to do away with some of our programmes to accommodate them,” Yaroo said.

For six months before Grade 4, Class 8 and Form 4 learners resumed physical learning ahead of their national exams, Somo would listen to the lessons every day. Thousands of learners within the Angaaf radio’s reach benefited.

When schools partially reopened in October 2020, teachers had to rush the syllabus to compensate for the lost time before learners could sit for their final exams, slated for March the following year.

This time round, Somo had developed a positive attitude towards several subjects and was determined to perform better in his final exam.

“I had mixed feelings, but I was confident in performing well in business studies, languages, history, IRE and biology,” he said.

The learning process, the learner said, had its fair share of challenges.

For subjects like mathematics and physics, it was not easy for the teacher to maximally impact the listener.

“It is difficult to learn mathematics through audios, unlike languages, because it requires practical examples,” Somo said.

Spending most of his free time revising and being time-conscious enabled him to score a C+ in the final exam, which was his highest grade in secondary school.

“I was so excited when I received my results. At first I thought I wrongly keyed in someone else’s index number and the results were not mine,” he says amid laughter.

Good results were one thing for the now-determined young man, proceeding to college was another due to the family’s needy situation.

He says he knew his mother, who was relying on manual jobs to fend for the family, would not manage to raise his college fees.

In what he terms miraculous, he was among four learners from Kiguchwa Boys Secondary School who benefited from a local NGO's four-year programme to pursue different courses at Mount Kenya University.

He says it was a dream come true as he hopes to complete the human resource management course and later uplift his family from the yoke of poverty.

His mother is hopeful her son will become successful and help her take care of his siblings, who are all in primary school.

“I thank God and the organisation that came to the aid of my son. I am confident that he will one day extend a helping hand to another needy person,” Halima Abdulahi said.

Once best student, now hawker in town
Post a comment
WATCH: The latest videos from the Star
by Betty Luke
Lifestyle
02 September 2022 - 05:00
Read The E-Paper