Time flies when you fail to plan ahead, dilly dally

Here are five ways to finish your tasks on time

• People feel there is never enough time, yet effectiveness is within their grasp 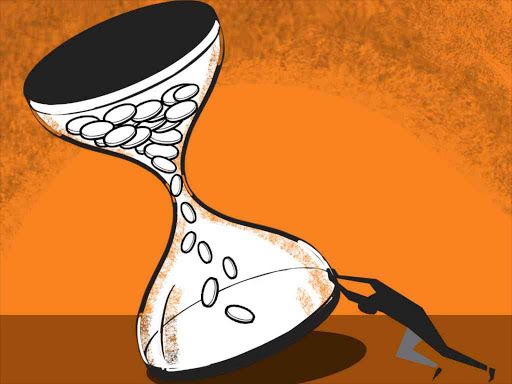 "People are careful in guarding their personal property, but as soon as it comes to squandering time, they are most wasteful of the one thing in which it is right to be stingy."

This 2,000-year-old quote was made by Roman philosopher Lucius Seneca. He noticed people were spending their youth on things that did not improve their lives, only to regret the passage of time in old age.

"It is not that we have a short time to live, but that we waste a lot of it. Life is long enough, and a sufficiently generous amount has been given to us for the highest achievements, if it were all well invested," Seneca said. A philosopher and an adviser to emperors, Seneca was a wealthy man who died at the age of 65.

Seneca's sentiments are relevant 20 centuries later. Everybody seems pressed for time. There's just not enough of it to accomplish all that we desire to do. Weekdays are used up almost as soon as they start. The weekend rushes by in a blur of time. It's not surprising that one of the most common statements these days is, "Time has flown!"

Forbes magazine has drawn up a list of seven ways in which time is wasted in modern society. These are poor planning, procrastinating, following the news, social media, gossiping, worrying and checking emails.

Social media with all its memes, funny videos and gossip is a major source of distraction that induces stress through information overload.

How can we make better use of our time? Here are some steps.

1. Planning: You start cooking then realise you don't have flour. At that moment, you must stop cooking to go buy flour or send someone else to get it for you. Either way, time gets wasted. Whether at home or work, good planning means collecting the necessary tools and materials to carry out activities with minimal interruption.

2. Stop procrastinating: The Cambridge Dictionary describes procrastination as the act of delaying something that must be done, often because it is unpleasant or boring. Getting out of the procrastination will help you finish the boring tasks so you can start doing more interesting things.

4. Email management: Unless you are in customer service, you don't have to respond to every email immediately. Allocate time for checking emails. You can decide to deal with emails for 20 minutes every two hours.

5. Gossiping and worrying: Why spend your time talking about other people? Why worry about things you cannot change? If there is something you want to change, take action about it instead of worrying endlessly.

Post a comment
WATCH: The latest videos from the Star
by GODFREY KIMEGA Communication Professional
Lifestyle
31 August 2022 - 05:00
Read The E-Paper