It is one thing to talk openly the problem, another to seek help

• I always thought that seeking counselling was expensive

• A friend told me he goes to therapy and it's relatively affordable: Sh300 per hour 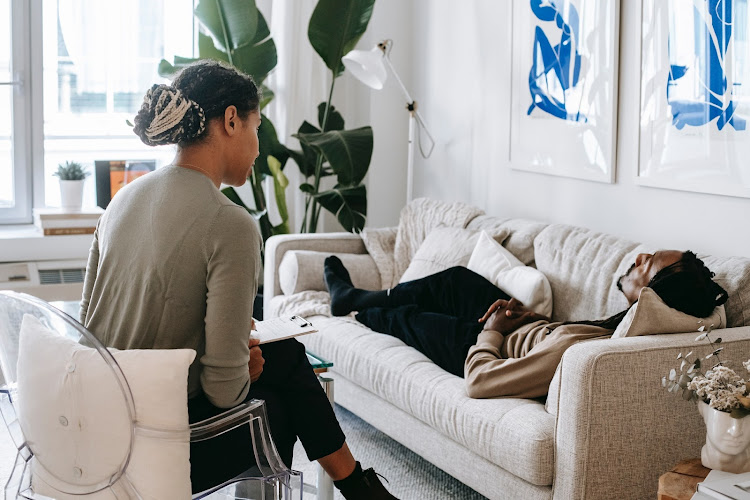 It’s really great that our generation is normalising talking about mental health. I love that for us.

We have podcasts, TV shows and even one-on-one talks about our mental health.

I was made to understand that mental health is not a millennial or Gen-Z thing.

We don't own the rights to anxiety, stress or depression as a generation.

Every generation just has its own struggles with it, and they solve it in their own ways.

Our parents, the baby boomers I think, barely acknowledged their mental health.

That, they got from their parents, who had no concept of the term whatsoever.

So we are really lucky we can talk openly about these things (well, some of us) that are a constant threat to our general well-being.

Now all we need to do is normalise going to therapy for our mental health.

I mean, what’s all the talk about if we cannot walk the walk?

Therapy isn’t just venting to our friends or our family about our work or the third relationship we are struggling to salvage, eight months into the year.

I mean actually seeing a professional.

I was watching the TV series 'Insecure' by Issa Rae (I can’t remember which season), and one of the protagonists ran into a friend of theirs who used to be a bit off-the-rails, if you know what I mean.

Anyway, the friend seemed fine now, even put-together, so the protagonist asked her what she had done in her life to change like that.

“I went to therapy, honey! Oh my God, it changed my life. You should try it, too,” she answered.

“You think I need therapy?” the protagonist asked.

The episode spiralled into the protagonist questioning whether she really needed therapy because she felt it was some dirty thing that only the mentally ill need.

“Besides, black people don’t go to therapy,” she finally said.

I think that same mentality is shared by Africans, passed down from our parents and their parents, trapping us in a cycle of suffering in silence or not acknowledging trauma.

Personally, I’ve always thought therapy is too darn expensive. At least that’s what the movies have taught me.

He told me he goes to therapy and it's relatively affordable, Sh300 per hour.

I was shocked that he actually goes to therapy because men never really admit to such, but I was more shocked that I can see a professional for as much as I spend on airtime for almost a week.

But also, I can’t imagine telling my folks I need therapy.

What would I tell them I need therapy for when they raised me so well? That’s a story for another day.

Did you know that Kenyatta National Hospital offers free counselling and mental health checks on young people up to the ages of 25?

They also have in-person counselling sessions from Monday to Thursday from 2-3pm, so in case you need to talk to someone, you can always pop in there.

Post a comment
WATCH: The latest videos from the Star
by SELINA TEYIE
Lifestyle
30 August 2022 - 06:00
Read The E-Paper