Why Kenya is among the countries feeling the heat

Excessive flooding in 2019 and 2020 followed by prolonged drought 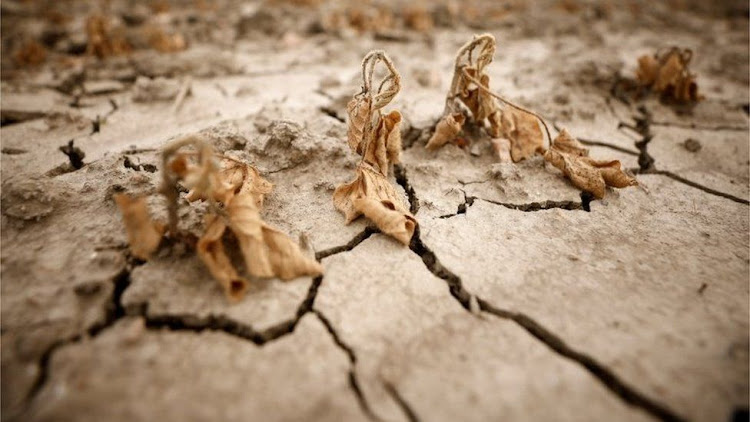 Many crops - like these soya plants - have already been destroyed
Image: REUTERS/BBC

Greenhouse gas emissions hit a record high last year, according to the UN.

The report by the World Meteorological Department says carbon dioxide and methane, a powerful greenhouse gas, are at record levels.

The State of the Global Climate 2021 report says carbon dioxide concentration was 50 per cent higher than before the industrial revolution due to the use of fossil fuels.

“The atmospheric concentrations of greenhouse gases reflect a balance between emissions from human activities, sources and sinks,” the report says.

“Increasing levels of greenhouse gases in the atmosphere due to human activities are a major driver of climate change.”

The report says extensive flooding occurred over large parts of Africa in 2020.

Rainfall was well above average in most of the Greater Horn of Africa during the March-May “long rains” season, following a similarly wet season in October-December 2019.

Flooding was extensive across many parts of the region, although Sudan and Kenya were the worst affected, with 285 deaths reported in Kenya, and 155 deaths and over 800,000 people affected in Sudan.

According to the report, global warming has caused the seas to rise 10cm in the last 30 years.

Kenya is currently grappling with rising lakes and drought, among other impacts.

The report says despite setbacks from the Covid-19 pandemic that ravaged the world, real-time data indicates that global greenhouse gas emissions continued to increase in 2021.

Carbon dioxide is the most commonly addressed greenhouse gas, and its atmospheric concentration is measured by parts per million (ppm).

Methane (CH 4) and nitrous oxide (N2O) are also extraordinarily important for the global climate and are measured by parts per billion (ppb).

The report says despite the success of the Montreal Protocol, the long lifetime of certain discontinued chemical compounds in the atmosphere means that there is still enough of them to cause complete destruction of the ozone over Antarctica between August and December, creating what is known as the “ozone hole”.

The report says the warming has led to coral bleaching as they are sensitive to temperature changes.

The report says the first season of the 2021 harvest along central and southern areas of East Africa was ravaged by prolonged droughts.

It says Kenya has been affected, with maize outputs estimated to be 42-70 per cent below average.

The report says ecosystems — including terrestrial, freshwater, coastal and marine ecosystems — and the services they provide are affected by the changing climate, and some are more vulnerable than others.

“Ecosystems are degrading at an unprecedented rate, limiting their ability to support human well-being and harming their adaptive capacity to build resilience.”

The report says mountains have not been spared as they have a low capacity to adapt.

The report says substantial changes in species abundance and distribution may in turn affect the interactions between species.

“Climate change also exacerbates other threats to biodiversity. The number of species projected to go extinct increases dramatically as global temperatures rise, and is 30 per cent higher at 2 °C warming than at 1.5 °C warmings.”

“Early Warning Systems allow people to know hazardous weather is on its way, and to inform how governments, communities and individuals can act to minimise the impending impacts,” it says.

“However, one-third of the world’s people, mainly in the least developed countries and small-island developing states, are still not covered by early warning systems.”

The report says the coverage of early warning systems in Africa is worse as 60 per cent of people lack coverage.

How the 2004 tsunami made Kenya brace for next wave
Post a comment
WATCH: The latest videos from the Star
by GILBERT KOECH News Reporter
Lifestyle
27 August 2022 - 10:00
Read The E-Paper