The strange truth about the pill

•There are nine different kinds of hormones in the contraceptive pill – some of which have subtle 'masculinizing' effects.

•Suddenly women could devote their 20s and 30s to furthering their education and careers, rather than housework and nappies.

It all started with a Mexican yam.

It was 1942 and a chemistry professor from Pennsylvania was looking for a cheap source of progesterone. The hormone had many uses at the time, including preventing miscarriages and treating women going through the menopause.

In fact, Russell Marker already had invented a way to make progesterone from a chemical in certain plants. One option was the tubers of wild Japanese yams. But these were thin and weedy – they just didn’t contain enough of the hormone.

Marker scoured the land for alternatives, examining more than 400 species, but to no avail.

Then he stumbled upon a drawing in an obscure botany book. This yam had fat, knobbly roots that reportedly weighed up to 100 kg (220lbs). He travelled to its native Mexico and smuggled one out of the country.

With an affordable source of progesterone found, researchers turned to its uses as a contraceptive.

The birth control pill hit the market less than a decade later. Marker, on the other hand, mysteriously disappeared from public life and became obsessed with collecting silver.

The economic and social side effects of the pill were as profound as they are well-documented.

Sex could be enjoyed without fear of pregnancy. Suddenly women could devote their 20s and 30s to furthering their education and careers, rather than housework and nappies. 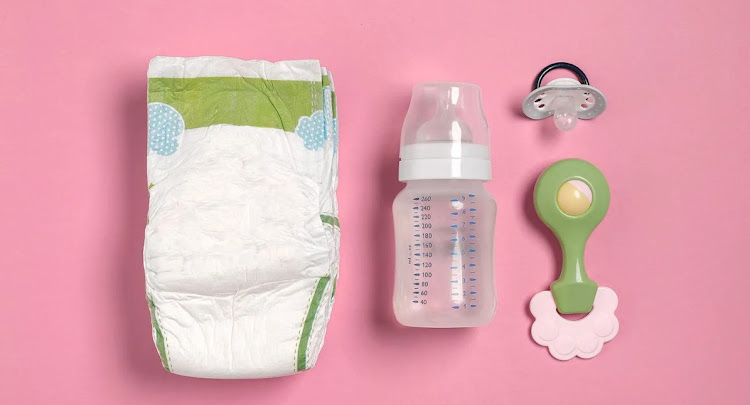 The contraceptive pill was revolutionary, giving women more freedom to choose when and if they wanted to have children

But right from the beginning, the pill has had a secret.

In recent years, scientists have started to realise that the brains of women on the pill look fundamentally different. Compared to women who aren’t taking hormones, some regions of their brains seem to be more typically ‘male’.

There are behavioural changes, too. Women on certain types of pill aren’t as good at coming up with words – something our gender are usually highly skilled at. On the other hand, they’re better at mentally rotating objects, as is often the case in men. Finally, women on a different type of pill are better at recognising faces – something women are usually good at.

Women on some types of contraceptive pill are better at mentally rotating objects, which men tend to be better at

Confused? So are scientists. What’s going on?

That is because, when taken orally, oestrogen and progesterone break down too quickly to be practical. Instead, the pill contains synthetic versions, which are built from more stable hormones that have been altered to mimic the hormones.

Every brand of combined pill on the market contains the same type of synthetic oestrogen, ethinyl estradiol, and one of eight synthetic progesterones, called progestins.

Ethinyl estradiol prevents the body from releasing an egg every month, while progestins thicken the mucus at the entrance to the cervix and conspire to make the womb inhospitable.

Even if an egg slips out and becomes fertilised, it won’t be able to settle down and start growing.

So far, so good. But though the hormones are effective at preventing pregnancy, they aren’t perfect matches for our natural hormones.

The end result is that these synthetic versions also have effects that you would never get from raw progesterone. 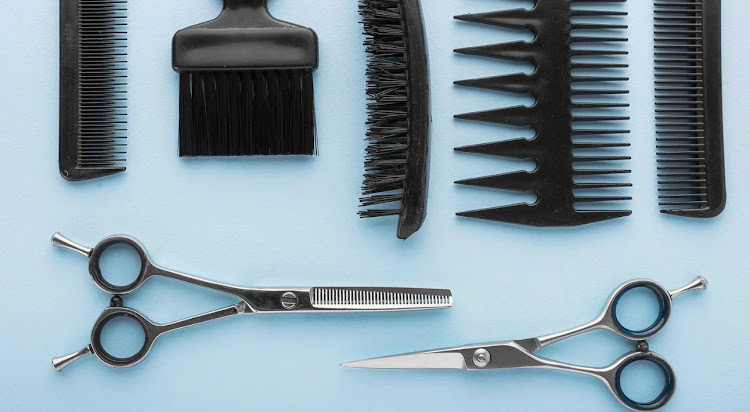 More recent types of contraceptive pill are designed to be anti-androgenic, often prescribed to treat acne or excessive hair growth

The internet is awash with anecdotal reports of acne, sweating and unwanted hair growth after going on the pill.

One women described sprouting hairs all over her cheeks, while another came down with “pizza face” after starting a new brand.

These ‘masculine’ effects have been well-studied by scientists, and they are real: certain kinds of pill really do make them worse, especially in susceptible women.

But the reason is surprising. According to a study from 2012, 83% of US women who are on the pill are taking a version that contains progestins made from male hormones. This includes the popular brands Ortho Tri-Cyclen, Loestrin FE 1/20 and Tri-Sprintec®, among many others.

“It’s actually used for doping in men sometimes,” says Belinda Pletzer, a cognitive neuroscientist at the University of Salzburg, Austria. It helps build muscle, so it’s popular with powerlifters and boxers: the former heavyweight world champion Tyson Fury recently served a two-year suspension after testing positive for the steroid in 2015 (he claimed it entered his system after eating the meat of an uncastrated wild boar.)

We’ve known about these side effects for decades: the first progestin ever made, norethindrone, was androgenic.

Back in the 1940s, 50s and 60s, pregnant women sometimes took norethindrone in large doses to help prevent miscarriage. But the hormone also caused some unsettling changes to their bodies.

The women were sweatier, hairier and spottier. Some noticed that their voices had deepened. Nearly one in five baby girls born to mothers taking it had masculinised genitals. Some of these unlucky children required surgery.

Today androgenic progestins are much less androgenic. The doses in contraceptive pills are much smaller, and the hormones are usually combined with synthetic oestrogen, which cancels out many of the masculine effects on our bodies.

But there are some side effects.

“These progestins, which were decreased in dose over the years, are still related to the chemical structure of testosterone. All the derivatives came out to levonorgestrel, which is the most used or known of the progestins,” says Regine Sitruk-Ware, a reproductive endocrinologist at the Population Council, New York. “It is still androgenic by itself, by the fact that it can bind to the androgen receptors.”

Over the years, there have been several generations of progestins. Though the earlier ones are nearly all androgenic, more recently scientists have developed versions made from synthetic progesterone, instead. These have the opposite effects – they are often prescribed to treat acne or excessive hair growth because they are ‘feminising’ (though they, too, can have undesireable side effects resulting from a hormonal imbalance). Some examples include Yasmin® and Ocella™.

There are androgen receptors all over the body, particularly in the sweat glands and hair follicles, which explains why androgenic progestins can make some women sweatier, hairier and spottier. But these powerful, gender-bending steroids also affect the brain.

In men, the androgens released at puberty are known to remodel the brain. This is also true in women, where relatively small quantities of testosterone can cause certain areas to shrink and others to grow. 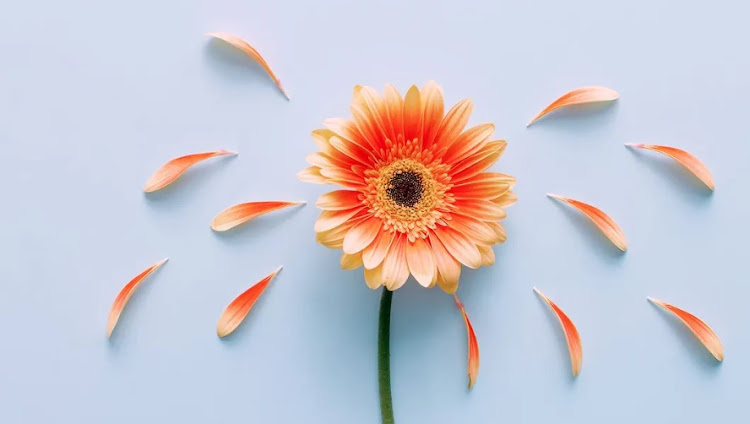 Given what we know about the power of these hormones, it’s perhaps surprising that until recently, no one had checked if progestins made from male hormones might have an impact.

But when she realised she was excluding those on the pill, she asked herself why. “We know that the steroids our own body produces, such as progesterone and testosterone, affect the brain. So of course I would expect any synthetic hormones to have an effect as well,” she says.

Pletzer abandoned her original idea and set out to test the effects of the pill instead. She recruited a mixture of men and women on and off hormonal contraception, then scanned their brains.

What she found was striking. The scans revealed that several brain areas were larger in the women on the pill, compared to those of women who weren’t. These areas just so happened to be larger in men than women, too.

The study involved a relatively small sample and didn’t separate androgenic and anti-androgenic contraception, so Pletzer cautions against reading too much into the results. But other research has hinted that both types of hormones actually may be changing our behaviour.

It turns out that women taking pills with androgenic progestins have lower verbal fluency (the ability to think of new words). They were also better at rotating objects. This makes sense, since men are thought to be slightly less articulate than women in certain situations and have better spatial awareness

Other studies have found that women on oral contraception remember emotional stories more like men – recalling the gist more than the details. They’re also not as good at recognising emotions in others, such as anger, sadness, or disgust – just like men. It looks suspiciously like certain types of pill are “masculinising” women’s brains. 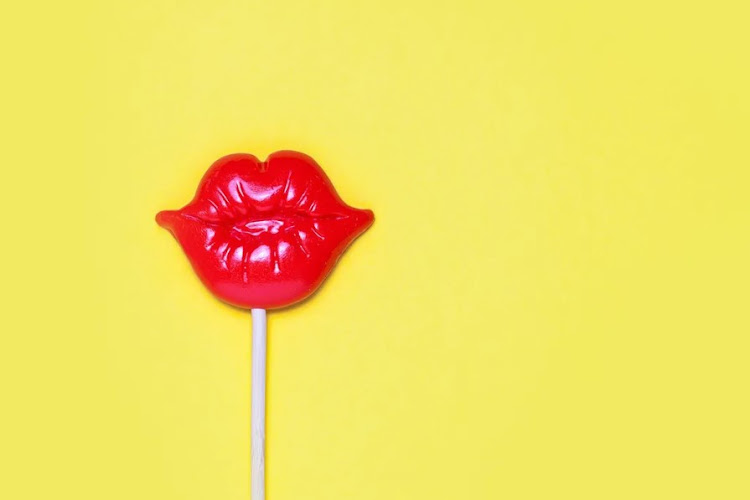 Depending on what type of contraceptive pill a woman is on, even her facial recognition abilities might differ

Just as before, several brain areas were also larger in women on androgenic pills, including many which are typically so in men. The longer the women had been on the pill, the larger these areas were.

To complicate matters further, all combined pills contain synthetic oestrogen, which is feminising. This means that the same women may be experiencing both ‘feminising’ and ‘masculinising’ effects on their brains at the same time.

No one could have predicted that an ugly yam would give rise to a feminist revolution. The pill has repeatedly been called the greatest invention of the 20th Century and is said to be responsible for a third of the increase in women’s wages since the 1960s.

But contraceptive pills may have a darker side. As Pletzer wrote in 2014, when athletes take steroids we call it ‘doping’ – it’s considered abuse and strongly condemned by society. But we’re happy for millions of women to take these hormones every day, sometimes right through from puberty to menopause.

Scientists don’t yet know if any of the pill’s effects on the brain have much of an impact on our behaviour. But perhaps it is time we put it to the test.

UTIs can go away on their own, but not every type of UTI and not every time.
Sasa
5 months ago

Healthy snack you can carry on polling day

Water is a vital requirement as hydration is key for optimum body function.
News
6 months ago

Chia seeds can be added in many recipes including water, salads, pudding or smoothies.
Sasa
6 months ago

In case you didn’t know: Exercise boosts your sex drive

As it turns out, both can work and will get your blood pumping.
Sasa
6 months ago

Surveys from around the world show that men everywhere find it more difficult to talk about mental health.
Sasa
6 months ago
Post a comment
WATCH: The latest videos from the Star
by BBC NEWS None
Lifestyle
11 August 2022 - 23:55
Read The E-Paper