The rising curiosity behind open relationships

•“Research and public opinion polls suggest that attitudes toward consensual non-monogamy are mostly negative overall, although they appear to have trended more positive in recent years,” says Dr Justin Lehmiller, Kinsey Institute research fellow and host of the Sex and Psychology Podcast. 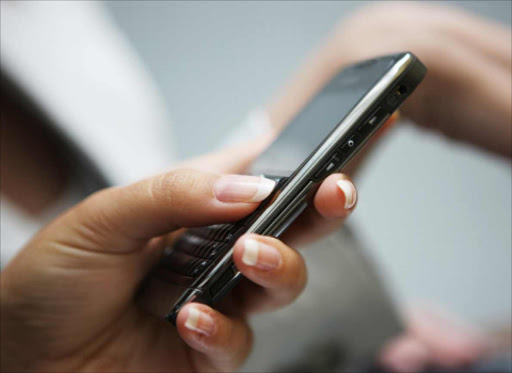 Dedeker Winston has been in non-monogamous relationships for more than a decade, yet she has never seen such keen interest in open relationships.

The subject has traditionally been very taboo in many places, including the US, where Winston is based. In 2014, when she started the Multiamory podcast, she and her co-producers had to decide whether to use their real names on the ethnical non-monogamy show.

“At that point, there was pretty much only one or two other podcasts actually broaching this subject,” says the dating coach. “And the people who were producing and hosting those podcasts used pseudonyms.”

But things have changed. Around 2016, Winston noticed a real “explosion of interest around non-monogamy”, about a year after she started work as a dating coach specialising in those types of relationships. “That was when I feel like I saw the biggest turning point, of all of a sudden so many people online being willing to talk about being non-monogamous,” she says, “and to express the fact that they have an interest in these sorts of things.”

Sarah Levinson, a counsellor at Creative Relating Psychology Psychotherapy in New York City, who specialises in sexuality and relationship dynamics, has also noticed an increasing interest in open relationships within the past decade. “It was much more obscure 10 years ago, and now it's incredibly common,” she says.

These accounts as well as some data show a growing interest in consensually non-monogamous relationships, including open relationships. Experts say many societal and cultural factors that have led to a wider embrace of non-traditional relationship styles, and the pandemic may even be playing a part. But while interest in open relationships may be climbing, experts are mixed on how wide their uptake may actually be – at least for right now.

There are many ways to engage in non-monogamy, says Levinson. “It could be anything from living with multiple partners and sharing finances, or it could be supporting your partner in once a year having a free pass at a work conference out of state to have a hook-up.”

For some, this means going on casual dates and having ‘friends-with-benefits’-type relationships with people other than their primary partners. For others, an open relationship just means that occasional “free pass” to have a one-night stand or brief sexual fling. And for others still, the arrangement could look more like swinging – such as having sex with other couples as a couple, but not going on dates separately. Winston also brings up “don’t ask, don’t tell”-style open relationships, in which both members of a couple permit the other to have sexual relations with other people – they just don’t want to discuss those experiences together.

Other terms, like “monogamish”, which US-based relationship and sex columnist Dan Savage popularised several years ago, can overlap definitionally with some of these open-relationship arrangements. Savage has discussed his monogamish relationship on his podcast, in which he and his partner are committed to each other, but still have non-committal sex with other men.

People of all stripes are engaging in open relationships. Over the past few years, Levinson says she’s been seeing “quite a bit of diversity” among those participating in open relationships in her sessions, in terms of everything from “economic resources” to “ethnicity”. (However, she acknowledges that as a counsellor working in New York City, she gets to see a different sample than one might come across in other more conservative parts of the US.)

Among Winston’s client base, podcast listeners and website visitors, she’s found many who are interested or participating in open relationships tend to skew relatively young – between the ages of 25 and 45. And many identify as queer, bisexual and/or pansexual. However, in her practice, she’s worked with clients interested in or practicing open relationships who are as young as 19 and as old as in their 70s. “The people who come to my door completely span the spectrum,” she says.

“While the majority of OkCupid daters seek monogamous relationships, in 2021, users seeking non-monogamous relationships increased 7%,” an OkCupid representative told BBC Worklife. Among more than 1 million UK-based OkCupid users who responded to the question, ‘Would you consider having an open relationship?’ in the app, 31% percent said yes in 2022, compared to 29% in 2021 and 26% in 2020.

Additionally, 2022 data from dating app Hinge showed one in five Hinge users “would consider” trying out an open relationship, while one in 10 have already engaged in one. Hinge’s director of relationship science Logan Ury says there may be a pandemic effect, since she believes it was “the perfect opportunity to pause and think more about what we want.”

Counsellors and professionals including Levinson and Winston have also observed an uptick. Winston says that much of the recent interest she’s seen in open relationships comes from millennials who are simply “questioning the way they’ve been raised” – in most cases, to believe that long-term, married monogamy is the end goal of intimate relationships.

This may stem from an overall trend towards open mindedness, believes Levinson. “Societally, we are all more open minded to all sorts of identities that are less conventional… people are more willing to challenge societal constructs in a general way.” This has opened the door for people to question their own desires, too.  When “you keep choosing monogamy and it's not working… you start getting curious about [whether] there’s another way”.

And for those who are curious, there are more resources than ever. Along with the “explosion of interest” in open relationships, adds Winston, there’s an “explosion in content creators and people writing about it in media… in apps, in community meetups”. This means information about non-monogamy is widely accessible – not in “old, dusty LiveJournals [personal online journals]  in the corners of the internet”, which is where Winston says she needed to look for information more than a decade ago.

“Research and public opinion polls suggest that attitudes toward consensual non-monogamy are mostly negative overall, although they appear to have trended more positive in recent years,” says Dr Justin Lehmiller, Kinsey Institute research fellow and host of the Sex and Psychology Podcast.

While those negative attitudes may not stop people from thinking about being in open relationships, it can deter them from engaging in them. In his research about sexual fantasies, for instance, Lehmiller has found that “most people have fantasised about being non-monogamous in some way before, such as by participating in swinging, opening up their relationship or being polyamorous”.

However, he adds, “relatively few are practising it in real life”. Although there is no post-pandemic data on how many people are in these arrangements, Canadian research from 2019 puts the figure at about 4%, with a similar figure emerging in a 2018 US study.

Levinson believes this may in part stem from an entrenched perception that open relationships are broadly seen as ‘unhealthy’. Among her therapist colleagues, Levinson has observed that plenty still view the “dyad” or “couple bubble” as the “only workable way of having a secure attachment”, she says. She feels these attitudes can “cut into people feeling like this is a viable option for them”. Religious beliefs can also deter people from engaging in sexual and/or dating relationships with more than one person at a time, as can the cultural norms of certain communities.

Even so, Winston sees people, particularly millennials and Gen Z, continuing to move away from the idea that one partner can fulfil all their needs (something the traditionally monogamous concept of marriage encourages). She points to more platonic friends deciding to live together and coparent as well as declining marriage rates, to suggest a possible future societal shift in the way people engage in relationships. “People are branching out more into creating the relationships that make the most sense for their lives,” she says.

While Levinson agrees there will be a continued increase in “creative relationship structures” for similar reasons, she doesn’t think it will become a global phenomenon. Too many cultures around the world present challenges to people hoping to open their relationships, and the taboo remains globally prevalent.

OkCupid’s head of global communications Michael Kaye has a different view. “The behaviours we see among daters today have been around forever. But people are becoming more open and transparent about how they identify [and] what they want in a relationship. I think with every single passing year, were becoming a little bit less judgmental about others.”