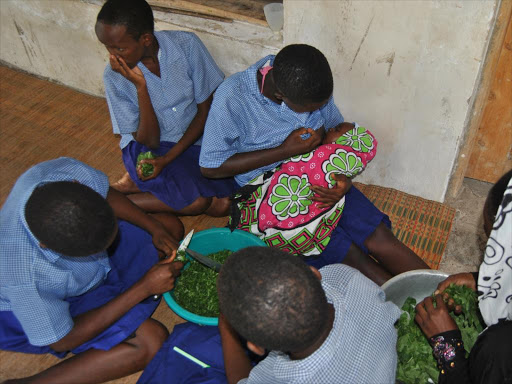 Impregnators of teenagers should be given stern justice
Image: FILE

President Uhuru Kenyatta recently assented to the Children Bill 2021, making it law. The amendment act has received much praise. What changes does it bring forth?

First, if you're a person who fancies pronouncing words correctly, the title of the act is the Children Act. Not the Children's act. Many people use the latter, which is incorrect. However, that is not a big deal.

Onto the substantial matters. Issues to do with commission of offences were largely dealt with. The age for children in conflict with the law — that is, the age from which a child may be held criminally liable for an offence — has been raised from eight to 12 years.

The Constitution provides that children who are detained be held separately from adults. The new changes now require that male, female and intersex children be held separately. A child who is a first or second offender may also have their case undergo what is known as diversion. This is where the trial is done out of court with a view to rehabilitating the child.

The parameters for adoption have been set out more clearly. One can only adopt a child if they are between the ages of 25-65 years old. The adopting parent or one of the parents in the case of a couple, must be at least 21 years older than the adopted child. These provisions on age, however, do not apply where the adopting parent is the child's relative.

Sole male applicants can only adopt children they are related to. A single female applicant is allowed to adopt a child she is not related to but cannot adopt a male child. Non-citizens can adopt children but have to fulfil certain parameters such as showing that efforts to find the child's parents failed, that they are capable of providing for the child and raising them well, as well as that the adoption order will be recognised in their country of origin.

There are numerous instances where a child is considered to be in need of care and protection. These include where a child is found begging, is forced to undergo harmful cultural practices, is denied education, has been trafficked or is at risk of facing violence. Anyone who notices such traits may make a report to the nearest children officer, who will seek a court order to place the child in safe custody.

The importance of leisure and recreation is underscored. County governments are obliged to set up public parks for children that are accessible by all children, including those with disabilities.

In addition to protection from physical abuse, children are now protected from psychological and mental abuse. Contravening this is an offence that could attract an imprisonment of five years or a fine of Sh2 million.

There's a lot more the amendment act provides for. An overview of the act shows that it is geared towards giving children protection from ills that have come up in recent times. If fully implemented, it signals a bright future for the children of Kenya.

When parents beat their kids to death

To buy or not buy phones for kids?