Hamilton says it touches on things from the past that he is not necessarily proud of.

• Coming from Where I'm From is his second studio album released on September 23, 2003.

•“With coming from home I was kind of hurt and had a lot of pain. You could hear it in my voice and how I was delivering it,” he said. 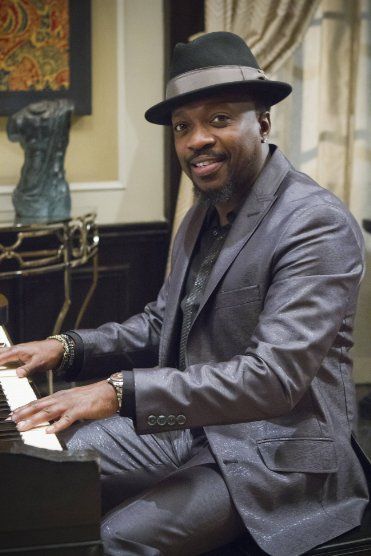 It is one thing to have a hit record, but to have timeless music, that plays for decades, is something else.

Neo soul and Urban contemporary artist Anthony Hamilton rose to fame with his platinum-selling second studio album Coming’ from Where I’m From.

Coming from Where I'm From is his second studio album released on September 23, 2003, and is a solid mix of organic period keyboards, guitars, horns, and cutting-edge "beats" and synthesizers.

On his album debut, Hamilton says it touches on things from the past that he is not necessarily proud of and says his biggest influence and achievement was working with a legend and music guru 2Pac Shakur.

His collaboration with 2Pac arrived a year before he released his breakout album and says that he has written, done remixes, and (be on board) with him.

“With coming from home I was kind of hurt and had a lot of pain. You could hear it in my voice and how I was delivering it,” he told Charlotte Magazine during an interview in 2006.

While peaking at number six on the Top R&B/Hip-Hop Albums chart, his album debuted at number 33 on the US Billboard 200 with first-week sales of 33,000 copies. 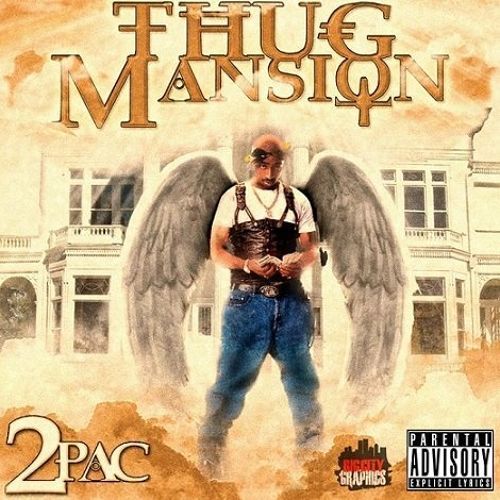 In honour of the 20th anniversary of ‘Pac’s death, Hamilton chatted with Billboard over e-mail to recall working with the late rap poet on “Thugz Mansion.”

He also discusses his contributions to 2Pac’s posthumous(released after death) 2002 single "Thugz Mansion", which was one of Tupac‘s biggest crossover hits.

The track appeared on the album Better Dayz, which permeated airwaves with stirring vocals in one of the versions.

“When I heard the track, I was there. The lyrical approach to me was very heavy. I feel 2Pac lived through the song and the message resonated even further, after his death,” Hamilton said. 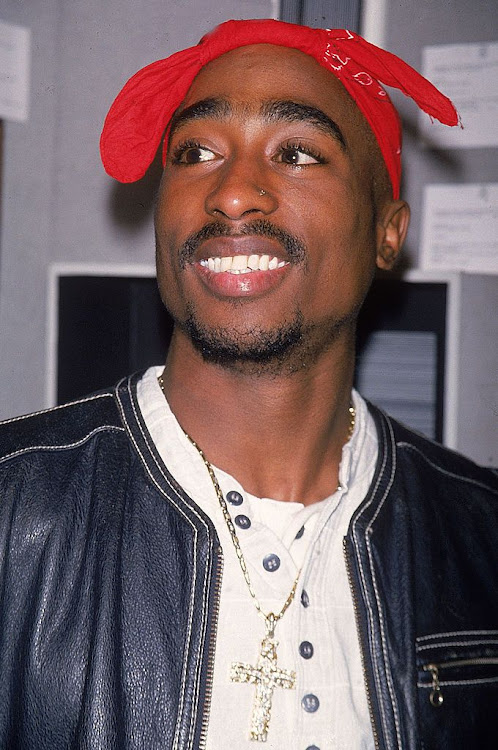 The other two versions of “Thugz Mansion” were released, including an acoustic rendition featuring rapper Nas and singer J. Phoenix.

Thugz Mansion is the most introspective and spiritual song by 2Pac, that talks about seeking a final escape from a relentlessly violent reality.

It was his depiction of a gangster's alternative to heaven.

One of his songs talks about how he would rest in peace, and that he would eventually find happiness when he is in a place where all the troubles and pains of his life come to an end.

A place to spend my quiet nights, time to unwind

So much pressure in this life of mine, I cry at times

I once contemplated suicide and would of tried

But when I held that 9, all I could see was my moma's eyes

No one knows my struggle, they only see the trouble

Picture me inside the misery of poverty

No man alive has ever witnessed struggles I survived

Praying hard for 'Better Dayz', promise to hold on

Me and my dogs ain't have a choice but to roll on..”

During an interview with DJ Vlad in 2020, Hamilton said he was honoured to work with 2Pac in ‘Dear mama’ and ‘Thugs mansion’.

Having met 2Pac in person at an industry party, Hamilton remembers him as jovial, full of energy, and a hard worker. He says his voice stood out and was different.

“Even when he was in Digital Underground, he stood out. I was young and enjoying life, enjoying videos. I thought to myself, "Who is this guy with this grown voice?"

Hamilton said that 2Pac had his tone and delivery and he did not follow a trend in terms of delivering a message. He used his own voice and own spirit. That is what inspired him.

On working with him on the album, Hamilton says it took him an hour to nail his part in the remix after being added to the project by mixed engineer Claudio Cueni, who was working on Tupac's album, and Molly Monjauze, who works for the Shakur family.

“I always look forward to producing organic content. For me, 2Pac is a legend, and there was a lot of pressure when working with him. I felt that that was a moment I had to bring my A game and represent him in the best way possible,” he said. 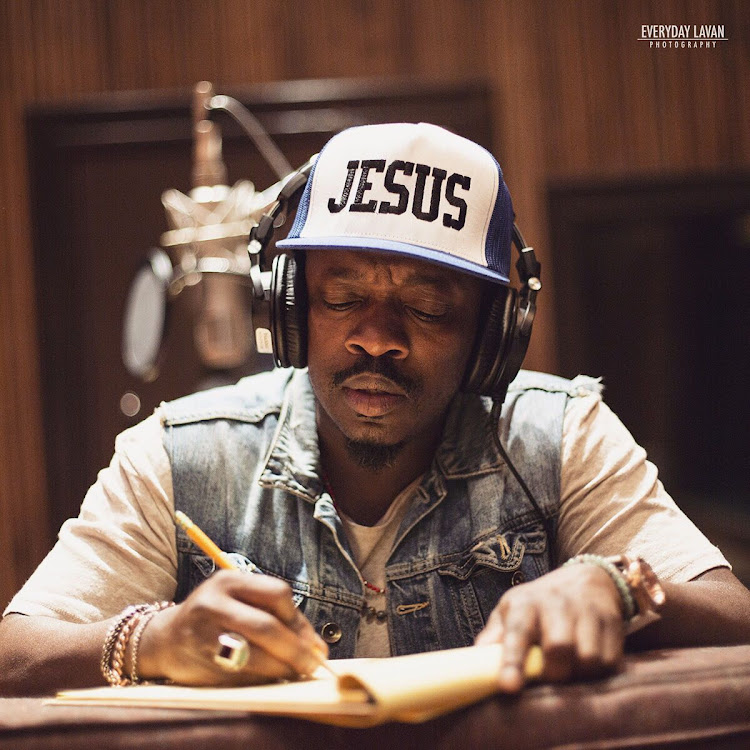 “The delivery of the song needed to be special. When I originally heard the track, it was just Tupac's vocals. This gave me the flexibility to create freely and I was pleased with the results,” Hamilton says.

Hamilton says his whole legacy was powerful to people since the song had a movement behind it. He wanted to add something that would champion the people, to enhance that "paradise" that he spoke about.

The track went on to become one of 2Pac's biggest hits to date.

Since he died in 1996, 2Pac’s place in the pantheon of cultural icons has been firmly cemented.

Scores of books and documentaries have detailed his life, career, and tragic death, while musicians continue to pay tribute to his influence in their songs.

He has sold more than 75 million albums worldwide, and earlier this year he was inducted into the Rock and Roll Hall of Fame. 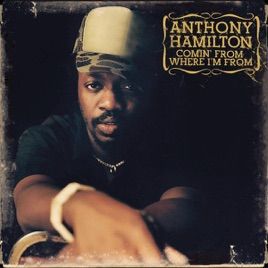 Inspiration for coming from where am from

It is the success of 2Pac’s album that played an important part in his debut album, “Coming From Where Am From”

“Coming From Where I Am From” (2003 album) is just that song and album for me. It’s the first song that came out at the point of my career when I was tired and fed up. I needed to be heard, that’s my once upon a time,” Hamilton told Luke McCormick OF Spin.

That album sold platinum and its second single, “Charlene” also did remarkably well.

Hamilton sees a bigger world out there. The album on December 2, 2004, was certified platinum certification by the Recording Industry Association of America (RIAA) and as of December 2005, it had sold 1.2 million copies in the United States alone.

“People were watching like, "Who is this guy singing with 'Pac? How did he get this position?" People were wondering and I guess that is where the journey began,” he said.

“Every day of my life, I can’t get away from love and relationships and that’s why I’m always writing about them. Every day we’re relating to people, so that’s all I know. 80 percent of my writing now is coming from things that have happened to me.”

He has seven studio albums under his belt, including ‘Love Is the New Black’ which was released recently.

The album's second single, "Charlene", peaked at number 19 on the Billboard Hot 100 becoming Hamilton's most successful single to date. 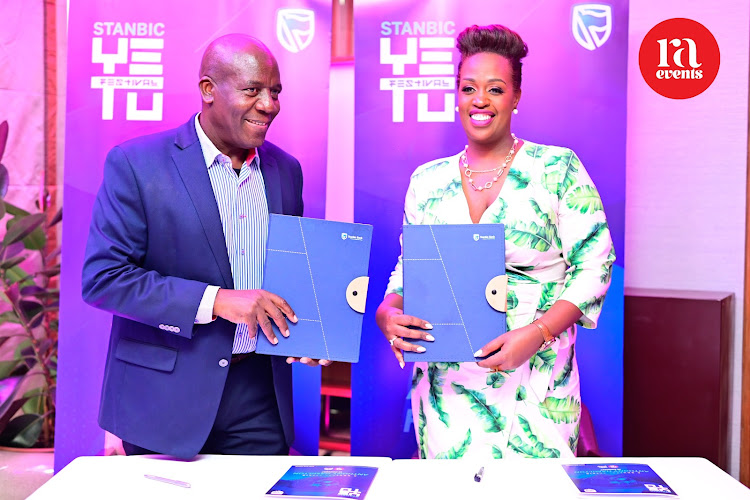 Having performed in Kenya for the first time in 2013, at the Tusker Lite experience, he is making a comeback and will headline Stanbic Yetu Festival on July 30th, 2022 at the Carnivore grounds in Nairobi.

This has been made possible after a partnership of Stanbic Bank and Radio Africa Group.

This will be the second edition of the Stanbic Yetu Festival concert which will be graced by local artists including Otile Brown, June Gachui, and The Motown.

The concert will also showcase some of the best Kenyan old and new Soul Dj’s including DJ Pinye, DJ Stylez and DJ Forro.

The tickets are available at all Stanbic Bank Branches and on this link: www.ticketsasa.com.

In the partnership, the lender is looking to leverage music to bring to life Stanbic’s brand promise “It Can Be” and create a soulful and magical live musical experience in Kenya. 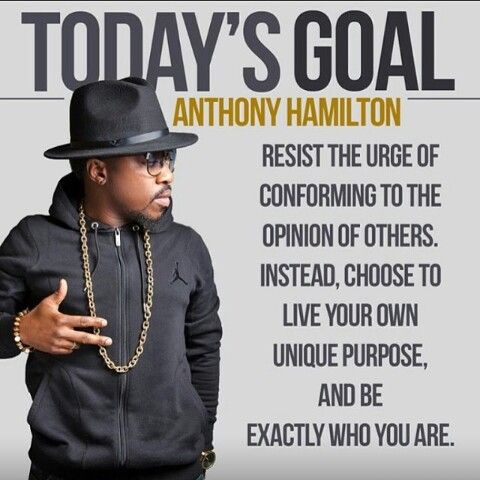 The concert to be headlined by Jazz Grammy star Antony Hamiliton,
News
1 month ago

He says people have adapted to live performances.
Sasa
1 year ago

Ali Kiba and Diamond Platnumz are coming together after years of feuding.The two are set to meet during the Wasafi Festival in Kenya on New Year’s ...
Sasa
3 years ago

Until the day you travel abroad, you may never quite appreciate that you are a Kenyan, and that being Kenyan is a special. This is why. When you ...
Sasa
5 years ago

A Blast of Music, Culture and Art at the Samosa Festival 2014

For many people, the word Samosa brings to mind the spiced delicacy. But food aside, Samosa stands for South Asian Mosaic of Society and the Arts, ...
Sasa
8 years ago

Uhuru distances himself from Murathe on Ruto retirement remark