• Gen Z workers might want more balance, but they also face acute financial pressures - which could feed into career grind.

• Cranking early in your career can buy more room for balance later on - whether that's for hobbies, family or just taking it a little easier. 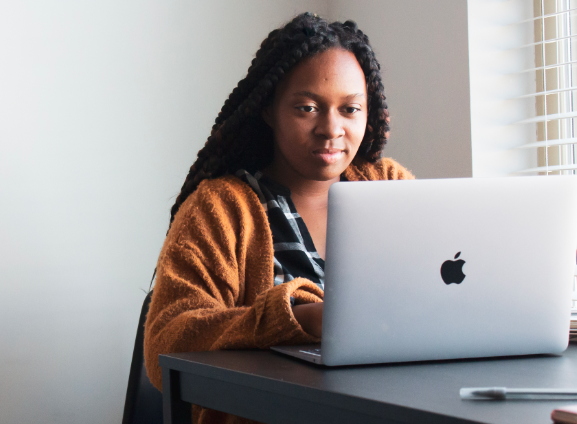 Should graduates forgo balance early in their careers, and instead dedicate themselves to work to reap rewards later?

This is the sentiment of a May 2022 post by author and New York University Stern School of Business professor Scott Galloway, which went viral on LinkedIn.

In Galloway’s view, work-life balance is accumulated with career capital: by making personal sacrifices early on, workers can achieve some harmony later in their professional lives. “Having balance at my age is a function of lacking it at your age,” he wrote.

Galloway’s view likely reflects the lived experience of many Boomer and Gen X workers – people who worked hard to climb the career ladder early on, only slowing down after years of grind left them with the professional clout or financial resources to do so.

This ‘earn your stripes’ culture still continues in many corporate fields today; younger workers are expected to put in long hours to build the skills, knowledge and relationships that allow them to advance.

And yet, in the wake of the pandemic, there’s far more awareness of the need to balance work and personal lives; conversations about stress, mental wellbeing and professional burnout have never been louder.

This heightened debate about the role work should play in our lives coincides with the emergence of Gen Z into the workforce: a cohort that wants better boundaries around work, and actively seeks companies with positive working cultures.

Can these new workers find a way to balance their personal and professional lives – and still move up the ladder? Or will they need to weigh whether achieving work-life equilibrium now is worth the price they might pay later on in their careers?

The case for forgoing balance

The concept of deferred gratification is nothing new. Traditional thinking has seen many workers put in long hours early in their careers to ascend the corporate ladder, only easing up when they’ve reached financial security or a certain level of seniority.

Galloway believes workers are more likely to benefit from digging in right at the beginning of their careers.

Rather than seek balance, they can front-load their professional efforts: find greater opportunities to break through the competition, accelerate their job prospects and eventually reach grander career heights.

“Your professional trajectory is disproportionately, and unfairly, set by the early years of your career,” explains Galloway. “So, if you want balance later in life, you shouldn’t be seeking balance in your twenties – but influence, relevance and economic security.”

Galloway’s first job was at a major investment bank.

He says he would occasionally pull all-nighters and work 30-plus hours straight. In competitive, high-paying careers like finance, such intense working practices are often considered a rite of passage. But he believes workers in all careers have to earn their work-life stripes.

Younger workers, adds Galloway, are at the stage of their careers when they can devote as much energy as possible in securing subsequent work-life balance. “Every young person should be realistic about what kind of capital they’ll need to support their life, and the commitment they need to make when they’re young in order to obtain it,” he says. “The universal truth is that if you weren’t born rich, but you want to retire with economic security, the job market is super-competitive – it requires a significant investment of your time and energy.”

Galloways says later on in their careers, once they are well established, workers can make a decision: enjoy a more balanced lifestyle, or pick senior-level positions. “The key point is that switching gears is a choice for them,” he adds. “Once you’ve achieved economic security for you and your family, a healthy work-life balance becomes an option always available to you.”

Galloway’s comments might seem somewhat at odds with the current debate around the importance of work-life balance. Unprecedented changes to long-established working structures forced by the pandemic have offered a fresh perspective on the role work plays in people’s lives.

“There has been a realisation that our work hours don’t make sense, and that work is only one aspect of our lives,” says Laura Giurge, assistant professor of behavioural science at the London School of Economics.

In the wake of this, workers of all ages are generally seeking more flexibility in their jobs and trying to break the link between perceived productivity and presenteeism.

Yet, many of the factors that nudge young people to commit hard to their careers early on have not changed. Tomas Chamorro-Premuzic, professor of business psychology at University College London, says workplaces generally reward grind: those that prioritise work-life balance may fall behind.

“There’s an overarching perception among employers that employee expectations around the ‘life’ part of work-life balance are somewhat exacerbated,” he explains.

“When workers want flexibility, freedom and wellness, those happy to ‘grind’ stand out even more than before.”

In fact, Chamorro-Premuzic says employers are likely to hire and reward candidates that eschew balance.

“Research has long suggested that drive – an employee's ambition, resilience, persistence, grit and ability to remain dissatisfied with their achievement – is a critical ingredient of someone's employability.”

Plus, even though the way we work might be changing, the way managers assess employee performance may not be keeping pace. Remote and hybrid working patterns may even have made presenteeism worse: with boundaries between work and home removed, employers increasingly expect workers to be available beyond contracted hours.

“Some bosses still rely on outdated metrics of performance, such as long hours and response speed, because it’s hard to quantify performance in today’s knowledge economy,” says Giurge. So, if workers want to be seen as doing well, they’ll need to put in the hours.

Of course, younger workers could choose not to grind early in their careers.

However, they may risk their financial security further down the line, given early-career employees generally have to dig in so they can progress.

That’s particularly the case for women, who face pressure to sprint early on in their careers so they can achieve a level of security and seniority before pausing to have children.

Giurge acknowledges that younger employees, facing acute financial pressures, may have to overwork or frequently switch jobs for higher pay.

Balance as an investment

That doesn’t mean current discussions around work-life balance won’t have some impact. “Industries attempting to erode work-life balance will likely have greater trouble recruiting and retaining,” says Shayla Thurlow, VP of people and talent acquisition at career website The Muse.

In this vein, many companies are incorporating strategies that speak to work-life balance.

“The tight talent markets mean workers can be very demanding and picky in what they want,” says Chamorro-Premuzic.

“As a result, more employers are forced to offer consumer-like experiences to their employees, such as gym memberships and unlimited vacations.”

While these perks might be nice, longer-term changes might be more meaningful; the rise of millennials and Gen Z workers through the ranks could perhaps slowly change the mindset that juniors have to grind.

“That’s when younger workers can redefine work-life balance and what it means for others,” says Giurge.

Realistically though, shifts like these will take time – and in the meantime, the professional and financial pressures pushing young workers towards long hours and career commitment will remain, making it more likely that the newest employees will dig in, just like their bosses did.

“The more senior, powerful and experienced you are, the less you need to push, make an effort and impression-manage at work,” he says.

“Ambition should always be higher in those who have yet to make it. Those who are stoic, tough and hard-working will inevitably stand out; employers will, and should, reward them.”

Galloway likens work-life balance to an investment: early, intense effort has to be given to work in order to buy the flexibility when it’s needed most. “The reality of investing is that it’s slow and boring,” he adds.

“Healthy work-life balance is a tremendous benefit later in life – and it’s worth investing in that optionality as early as you can.”

Why you should eat more watermelon during this cold season

Foods are the best ways to get all the vitamins and minerals that your body needs.
Sasa
6 months ago

Make tasty spicy beef stew at home with these steps

Adding tomatoes give you more room to play with flavours and spices.
Sasa
6 months ago

The feature will be implemented from July 29 to reduce spam content .
Sasa
6 months ago

How to make easy carrot cake

Carrot cake is cake that contains carrots mixed into the batter.
Sasa
6 months ago

Gati to change tactics ahead of Cali

Despite the bad weather, Gati proved her agility by finishing first in the 10,000m walk race clocking 49:14.8. She vanquished Jacinta Muteu to second ...
Sports
6 months ago

Soft and fluffy on the inside but perfectly golden and crisp on the outside.
Sasa
6 months ago
Post a comment
WATCH: The latest videos from the Star
by BBC NEWS None
Lifestyle
05 July 2022 - 15:50
Read The E-Paper