Why negative comments cut so deep

• Personal insults and negative comments can stick with us far longer than positive feedback.

•Consider that comments are more connected to the person who's making them than the one who's receiving them. 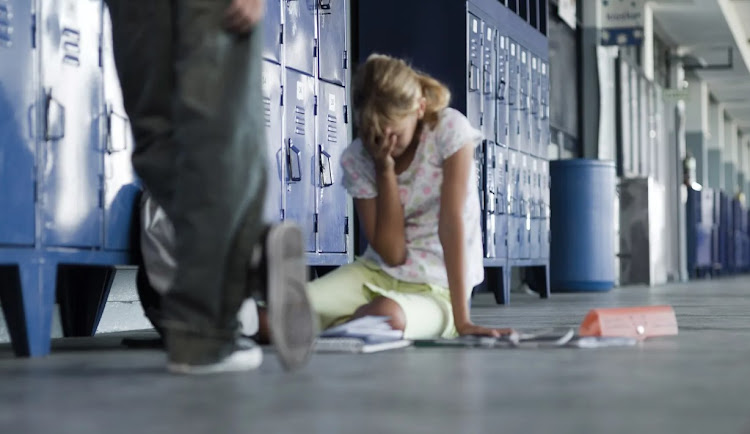 As children we are often told that sticks and stones can break bones, but words can never hurt. Yet with the benefit of experience, adults understand that this old proverb is far from true – while physical injuries can take a matter of weeks to heal, negative comments can scar us for a lifetime.

Whether it's criticism calmly dispensed by a teacher at school, or a cruel comment hurled in the heat of an argument with a friend or lover, we tend to remember criticism far better than positive comments, due to a phenomenon called the negativity bias.

In fact, a whole host of complex effects can be explained by this bias, which is the universal tendency for negative emotions to affect us more strongly than positive ones. It causes us to pay special attention to threats and exaggerate the dangers, according to Roy Baumeister, a social psychologist at the University of Queensland and co-author of The Power of Bad: And How to Overcome It.

While a focus on the darker side of the world around us may sound like a depressing prospect, it has helped humans overcome everything from natural disasters to plagues and wars by being better prepared to deal with them (although there is evidence that optimism can also help to protect us from the stress of extreme situations). The human brain evolved to protect our bodies and keep us alive, and has three warning systems to deal with new dangers. There's the ancient basal ganglia system that controls our fight or flight response, the limbic system which triggers emotions in response to threats to help us understand dangers, and the more modern pre-frontal cortex, which enables us to think logically in the face of threats.

"Our ancestors who had that [negative] bias were more likely to survive," says Baumeister. Humans are hard-wired to look for threats and at just eight months, babies will turn more urgently to look at an image of a snake than a friendlier frog. By age five, they have learned to prioritise an angry or fearful face over a happy one.

Baumeister says focusing on problems first can be a good strategy. "First get rid of the negatives and solve the problems. Essentially, stop the bleeding." But, while honing in on the bad may keep us safe in extreme situations, the negativity bias can prove unhelpful on a day-to-day basis. Baumeister believes that until we learn how to override the disproportionate impact of the negative, it distorts our view of the world and how we respond to it.

For example, life tends to look gloomy between the pages of a newspaper. Journalists are often accused of chasing bad news because it sells papers and attracts viewers. This may be partly true, but researchers have shown that readers are naturally drawn to calamitous tales and are more likely to share them with others. Rumours about potential dangers – even if they are unlikely – spread among people far more readily than rumours that could be beneficial.

In one study, scientists at McGill University in Canada, used eye-tracking technology to study which news articles volunteers paid most attention to. They found that people often chose stories about corruption, set-backs, hypocrisy and other bad news, in preference to positive or neutral stories. People who were more interested in current affairs and politics were particularly likely to choose the bad news, and yet when asked, these people said they preferred good news.

What we read and watch on the news can heighten our fears. For example, our fear of terrorism is pronounced even though the number of people killed by terrorist groups in the past 20 years in the US is smaller than the number of Americans who have died in their bathtubs during the same period, Baumeister explains in his book.

While worrying about a hypothetical but horrific situation can make us fearful, just one small bad experience can have a disproportionate impact on our whole day. Randy Larsen, professor of psychological and brain sciences at Washington University in St Louis, reviewed evidence suggesting negative emotions last longer than happy ones. He found we tend to spend more time thinking about bad events than good ones, perhaps helping to explain why embarrassing moments or critical comments can haunt us for years.

It can be hard not to dwell on hurtful comments from a lover, family member or a friend. "I would think negative comments from the people we love and trust would have more impact than those from strangers," says Baumeister. This is partly because we have expectations of how our friends and family should behave towards us.

In some cases, negative remarks from people we love can lead to long-lasting mental wounds and resentment that can cause relationships to break down. Researchers at the University of Kentucky in the US found relationships are seldom saved when partners ignore relationship problems to remain "passively loyal". "It is not so much the good, constructive things that partners do or do not do for one another that determines whether a relationship works as it is the destructive things that they do or not do in reaction to problems," they said.

Another study, which followed couples for more than 10 years, showed that the extent to which they expressed negative feelings towards each other in the first two years of marriage predicted whether they would separate, with levels of negativity higher among the divorcing couples.

The negativity bias explains why many of us may be guilty of taking our relationships for granted when they are going well, but quick to notice imperfections, and even turn minor issues into bigger problems.

Criticism is also amplified when it comes in large quantities, making social media a potential echo chamber of negativity. Despite having the best-selling album of 2019, Billie Eilish told BBC Breakfast she avoids looking at comments. "It was ruining my life," she said. "The cooler the things you get to do are, the more people hate you. It's crazy. It's way worse than it's ever been." Pop star Dua Lipa and former Girls Aloud member Nicola Roberts are other celebrities who have spoken about the impact of trolling.

Baumeister warns that we don't have the ability to deal with negativity on social media, because our brain evolved to heed warnings from a close community of hunter-gatherers instead of hundreds or thousands of strangers. "So, hearing negative things from a large number of people has to be devastating," he says.

Of course, the impact of being trolled online or criticised by a friend varies from person to person. But receiving, internalising and reinforcing any negative comments can increase stress, anxiety, frustration and worry, says Lucia Macchia, a behavioural scientist and visiting fellow at the London School of Economics. "Dealing with these negative emotions has a great impact on our body as they can even create and exacerbate physical pain," she adds.

Scores of studies have shown that people tend to look on the bright side as they become older. Scientists refer to this effect as the "positivity bias" and they think we start to remember positive details more than negative information from middle age. Baumeister believes this is because we need to learn from failures and criticism in our younger years, but that need diminishes as we age.

However, negative comments can be damaging at any age, especially during times when we are particularly impressionable or vulnerable. "When you're already down then it's harder to bounce back, so those might be difficult times to receive negative comments," Baumeister says.

Whether people with certain personalities are more prone to negativity than others is a highly debated topic, says Macchia, but a recent study found "no consistent evidence" of a relationship between a person's personality traits or political ideology, and the negativity bias.

"We are all sensitive to negative comments in the sense that there are no 'stronger' personality traits. Considering the fact that everyone receives negative comments can help us deal with them ... and could be a good strategy to protect our own mental health," she adds. "Another useful strategy could be to consider that comments are more connected to the person who's making them than the one who's receiving them."

By recognising the negativity effect, we can override undesirable responses and even tap into its benefits. For example, Shelley Taylor, a professor of social psychology at University of California Los Angeles (UCLA), has shown that women with breast cancer sometimes form unrealistically optimistic beliefs to help them cope. These "positive illusions" are associated with both mental and physical health benefits, suggesting they can help us put mind over matter in times of need.

Taylor's work also shed light on a response commonly used in the face of negativity, called minimisation, which is our ability to "damp down, minimise, and even erase the impact of that event". For instance, cancer patients in Taylor's study sometimes compared themselves to women who were worse off than them, to make their problem seem smaller.

The skydiver Felix Baumgartner, professional daredevil, may not be someone you might imagine would need to use minimisation techniques to face his fears. But Michael Gervais, a psychologist who works with Olympians, used them to help Baumgartner achieve his goal of becoming the first skydiver to break the sound barrier. According to interviews he gave, Baumgartner was afraid being trapped in his specially made suit. Instead of viewing it negatively as a potential prison, Gervais taught him to visualise how the suit could turn him into a super hero, amplifying the benefits and diminishing the downsides. Using a combination of breathing techniques and a form of cognitive behavioural therapy (CBT), Baumgartner was able to build up his endurance in the suit, fulfil his goal and become "Fearless Felix".

Few of us will share Baumgartner's lofty ambitions, but we can all learn from him.  By overriding the negative and accentuating the positive, we might stand more chance of achieving our dreams.

His virtuosity is matched only by his range, from music to media, culture, business, and philanthropy.
Sasa
1 month ago

The portrait shows the couple gazing into the distance.
Sasa
1 month ago

Johnny Depp is reportedly trying to settle an alleged assault case before it goes to court next month.
Sasa
1 month ago

It was a forceful end to a theatrical performance that was unlike anything the festival has ever witnessed.
Sasa
1 month ago

Sunday marks 25 years since Rowling's first book about the magical world of witches.
Sasa
1 month ago

WATCH:Love Island stars are going to be recoupled!

The show producers will demand that the Islanders all find a new partners.
Sasa
1 month ago

The WRC has seen an upsurge of sex workers in the town.
News
1 month ago