Many adopt a wait-and-see approach after previous stalled freeway 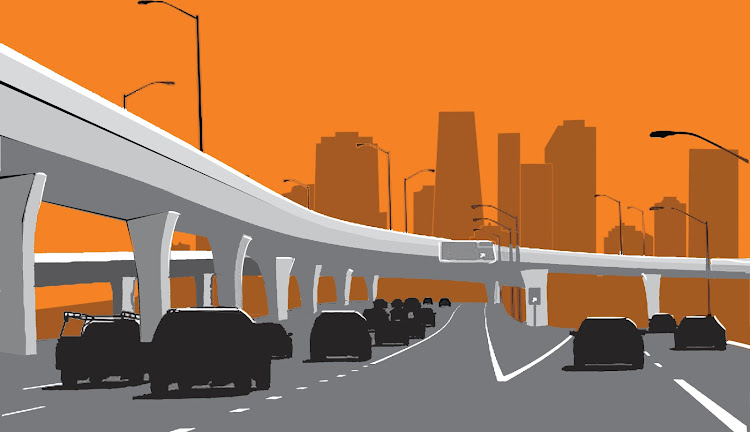 During all the recent excitement over Nairobi’s first elevated highway as this new and exciting development, I couldn’t help but think of Cape Town’s unfinished freeway.

For the last 40-odd years, the city's infamous Foreshore Freeway Bridge has stood unfinished, and nobody seems bothered. At least not to the point of actually doing anything about it.

Writing in Atlas Obscura back in 2018, Sarah Laskow explained the origins of the construction.

In her piece, Laskow said the idea had come about as far back as the 1940s, when the city’s waterfront was being developed.

From the beginning, this plan was meant to improve transportation in the city. South African Railways, which had a major station there, pushed for the expansion, and an initial plan for the new land included more railway offices as well as a 500-bedroom hotel for passengers.

But as the vision for the new ‘Foreshore’ area developed, city planners started imagining that the newly created land would include sweeping highways that would lift off over traffic in the central business district and make Cape Town a ‘modern city’, by mid-century standards.

By the 1960s, the city had approved a design for a new highway and construction started on the Foreshore Freeway, says an article in Atlas Obscura. By 1977, parts of the elevated highway had gone up and been paved. Then, without explanation, construction stopped.

The freeway bridges were incomplete, and the spans simply… ended. Different sections in the eastern, western and central parts of the proposed system remain disconnected from each other. And that’s been the case ever since.

When I first came to live in Cape Town, I could not believe the bridge had simply ended just like that.

Coming from Kenya, where such mysteries would have immediately been chalked up to corruption, I found it hard to swallow the official version, which was that funding had run out and that was the end of that.

I could have sworn it was the fault of apartheid South Africa's version of the people who Kenya’s 2003 Roads Minister Raila Odinga called “cowboy contractors”.

But as nobody else has come up with a different explanation, I guess the official one quoted in the Atlas Obscura article will have to do.

My point in dredging all this up is just to show that, while many seem, to me at least, unduly excited about the Nairobi elevated highway, in Cape Town and South Africa generally, excitement about such things is passé, at least for the general public.

For the politicians, people in the construction business and those behind public policy, it is quite a different matter altogether.

Recently, for instance, the city’s municipal governors, the City Council, unveiled their latest plan to help decongest Cape Town’s roads. I still say that If they visited Nairobi they might get a very different understanding of congestion, but that is neither here nor there.

Cape Town will be getting a freestanding elevated traffic circle, or roundabout, at one of the city’s busiest intersections.

“The new elevated traffic circle can be described as a hollow circle in the sky, letting in light to the intersection below.”

The traffic circle will be about 6.2m above the ground, and will be for the exclusive use of Cape Town's version of bus rapid transit (BRT) once complete.

The excited City Council breathlessly informed residents of the numerous benefits of the elevated traffic circle and other roads in the area that will come as a result, including that pedestrians and cyclists will have dedicated lanes, separated from the road.

However, the reaction among most South Africans of my acquaintance has been more let's wait and see, than, "Oh wow, how exciting!"

I suppose the 40-year- old unfinished bridge has taught them that pie in the sky may be pleasant to contemplate, but until it is realised on the ground, it will remain just a dream.

Meanwhile, I will wait to see what happens four years from now when the project is meant to be complete, and whether there will be another unfinished structure above our heads.