If even presidents are robbed, who are you?

• Rich people, more so presidents, have the tightest security, or so we assumed

• But reality has proven that clearly, anything can happen to anyone at any time 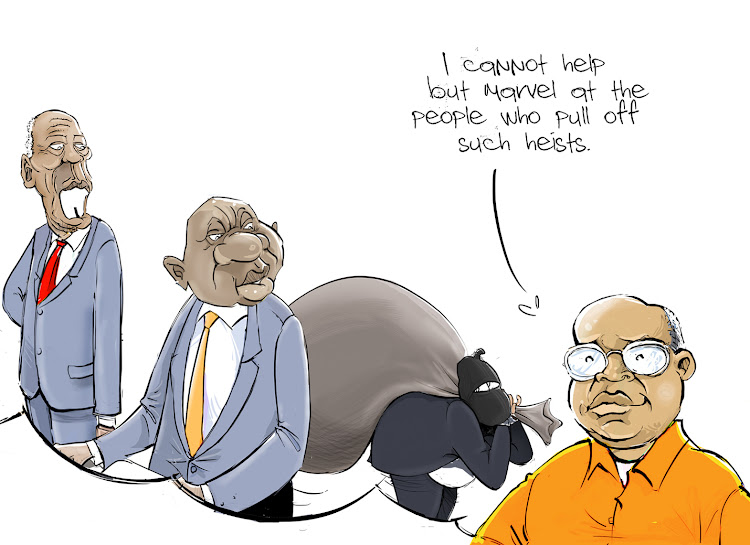 I have recently been reacquainting myself with 'Hustle', a British TV series I used to like. If you’ve never seen it, the show is based around the exploits of highly skilled, professional fraudsters, who overcome obstacles in order to pull off a series of complicated scams.

Every time I watch it, I cannot help but marvel at the guts it must take to pull off a successful con of the type the characters in this show pull every week.

It's the sort of testicular fortitude, to coin a phrase (not really), that was used by the people who woke up one day and decided they would rob one of the richest people in South Africa, who just also happens to be the nation’s commander in chief, President Cyril Ramaphosa.

Ramaphosa’s farm was robbed back in February 2020. It made it into the news here when Arthur Fraser, a former State Security Agency director-general, lodged a criminal complaint with the police, accusing the President of concealing an incident where about R60 million (more than Sh450 million) was stolen.

The story, which has been confirmed by the President’s spokesperson, is still unfolding. And while it is not a crime to be robbed, Fraser claims Ramaphosa paid people to conceal the matter and wants his former boss charged with defeating the ends of justice and kidnapping suspects who were then allegedly interrogated.

If ever proof was needed that anything can happen to anyone at any time, this two-year-old heist at the President’s farm has got to be it.

The incident reminded me of a similar one in Kenya 21 years earlier. That robbery happened at President Daniel arap Moi’s Kabarak farmhouse, where a golden cockerel and other items, including possibly cash, were stolen.

The significance of the cockerel, or jogoo, rumoured to weigh 20kg in pure gold, was that it was the symbol of the then ruling party Kanu, and to some extent, a symbol of its owner’s power.

In that incident, as far I can tell from my research online, nobody was ever arrested or charged. The story of the theft was leaked to the media. In fact, if I recall correctly, it first appeared in the so-called alternative media before the mainstream media latched onto it.

The mystery of both thefts is that one would assume properties owned by remarkably wealthy people, who also happen to be president, would have the tightest security.

Of course, such incidents are not just an African phenomenon. There have been reported break-ins and intruders at the White House and at number 10 Downing Street. Though interestingly enough, none reported at the Presidential Palace in Nanjing, Jiangsu, China, the Kremlin or even the Elysee Palace.

I don’t condone theft or criminal activities. However, I cannot help but marvel at the people who pull off such heists.

The possibility that these were inside jobs is huge and might even possibly explain why there were no arrests followed by dramatic court trials. But still, who would rob the president, and why?

What happened to the stolen cockerel? Was it ever recovered? Was it melted down and sold as gold ingots? How much was it worth and what did it fetch, if it was sold?

Again, if it was sold, who buys that kind of thing? A collector? A political rival? Might it one day be discovered in some private stash of riches?

The robbery at Ramaphosa’s was easier if as reported it was only cash, as cash is clearly easier to dispose of.

When all is said and done though, I get the hushing up of the incidents, though. I mean, who is going to have faith in the nation’s security if it can't even prevent a burglary?

Meanwhile, I wonder whether either President Moi or President Ramaphosa were insured against theft, and what the insurers had to say if claims were filed.

Jalang'o hunting for employees who stole from him

He has offered 100k for any info leading to their capture
Sasa
3 weeks ago
Gunmen steal Sh600,000, jewelry from Manu Chandaria's Muthaiga home
by Mwangi Githahu Columnist
Lifestyle
12 June 2022 - 05:00