It's scary when the child contracts it before vaccination, but not a disaster

• Learn how to spot the symptoms early and get medical attention 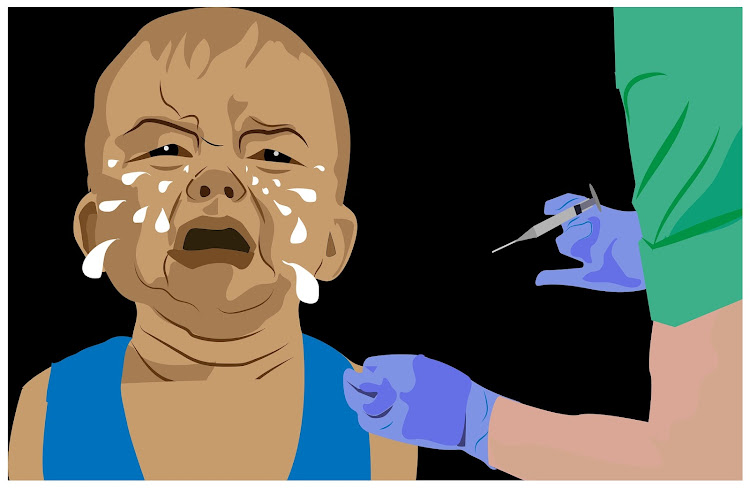 After a week of eczema flare-ups, runny noses and random fevers, my baby started to feel much better on Sunday. He played, he ate and he enjoyed exploring.

As I put him to bed that night, he started getting fussy. There was nothing visibly wrong, he had no temperature and he had already had his bath and dinner.

After a long Sunday of caring for him while writing and making my deadlines for the Star, I was looking forward to a nice, rejuvenating sleep… but he just would not sleep!

He kept crying loudly, he refused to breastfeed (which in his world is a big thing) and if he did sleep, it would not be longer than 30 minutes. I was visibly fed up and in no mood to comfort him. My family stepped in and tried to comfort him. When we were both calm, I took him back and we both slept until one o’clock in the morning.

The symptoms of chickenpox hit us like a thief in the night; they were sudden and swift. He woke up crying; he refused to breastfeed and kept scratching his knees. I looked and there seemed to be a rash there. Eczema flare? Rash? Chickenpox?

“Nah, it can’t be chickenpox I said. “He’s too young.” As I stayed up, trying to comfort him, I kept analysing every symptom he had and I did what most modern mums do: I googled. The one thing that caught my attention and solidified the idea of chickenpox was the pre-illness fever symptom. I ended up cutting my son’s nails at 2am.

Chickenpox is a highly contagious disease caused by the varicella-zoster virus (VZV). It causes an itchy rash that forms blisters, which burst, leaving scabs. By morning, some of the rashes had blistered and the final prognosis was in. I was facing every mother’s nightmare. At eight months old, my baby had contracted one of the most frightful baby infections, before vaccination! Chickenpox vaccine is given to babies one year after birth.

I still took the baby to the paediatrician just to confirm what I already suspected. I was fearful of the effects on a pre-vaccinated baby, but the doctor reassured me it happens quite often. In fact, my baby got it from a third party whose child had chickenpox. So there I was on a Monday morning, at the doctor’s office, hearing there is not much to do but wait for the illness to subside. I was too drowsy to form an intelligible sentence, being told that I must brace myself for the next three or four days.

Luckily, the days passed fast. Luckily, the pox did not spread all over his body. Luckily, he remained active and happy most of the day. Luck played a great part in our chickenpox experience. I know my experience greatly varies from other mothers out there, but I know this: As hard as the days are for us, they are harder for the baby. Just having that in mind kept me going through the sleepless nights.

Most men are not given the tools, resources or recognition they need to cope with the transition.
News
3 weeks ago

Parenting 101: None of us knows what the heck we are doing

Oftentimes, you are just winging it according to circumstances

How TikTok taught me parenting skills

It is not as fast as people say, breeding insecurities about looks