Hilton fall is a shame but also opportunity

It follows InterCon in going down with wonderful memories 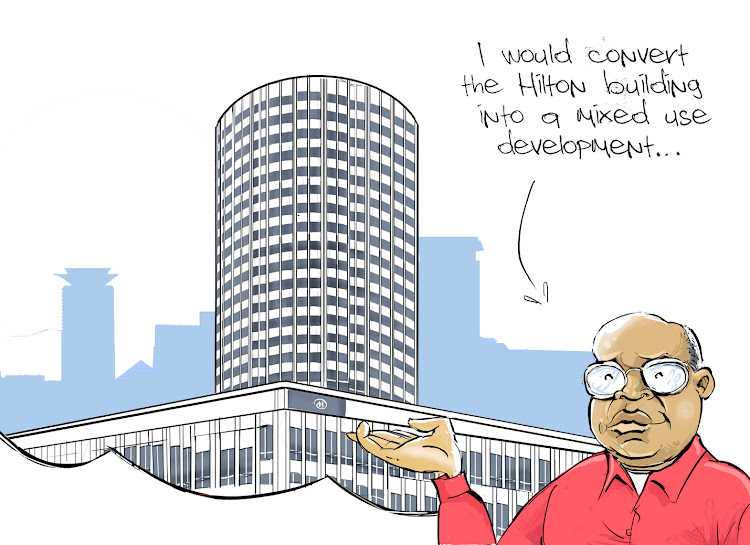 The sentimentalist in me was sad to read about the closing down of the iconic Hilton Hotel, which has all my life sat in the heart of Nairobi's Central Business District (CBD).

I have many happy memories of the hotel, including a birthday dinner that my parents treated me to and at which I ate so much, my stomach nearly burst.

I remember around the same time, one of my aunts was dating one of the managers there. I can’t believe that they've been married for about 40 years.

I also recall my secondary school English language teacher used to tinkle the ivories in the lounge of the hotel as a side hustle.

Then there was the story of the assassination of JM Kariuki and the fact that the Hilton was one of the last places he was seen alive before being bundled off to the old Special Branch offices at Kingsway House and then to an isolated spot on Ngong Hills, where he was left to die.

I don’t know if it is still a thing today, but for decades, job hunters and visitors to the CBD would sit in the square just outside the hotel’s main doors to catch their breath, have an air burger and just watch the city go by.

I was told an apocryphal story of how Mick Jagger from the Rolling Stones and his then partner Jerry Hall sat anonymously in the square, completely unrecognised by Nairobians.

The only person who figured out who they were was a passing music journalist who decided to forego a “scoop” because Jagger and Hall seemed to be loving every minute of their freedom from the constant paparazzi and fans that might have made such a scene impossible anywhere in Europe or North America.

After I finished wallowing in sentiment about the fate of the Nairobi Hilton, and of the equally iconic Hotel InterContinental a couple of years earlier, I started thinking what I would do with the building and other parts of the CBD if I had the wherewithal.

By the way, for the purposes of this article, the CBD is anywhere inside Uhuru Highway, University Way, down to the Globe Roundabout then up the river to Retail Market, and then up Haile Selassie and back to Uhuru Highway.

I would convert the Hilton building into a mixed use development with apartments, shops and an entertainment centre and then market it to people for whom the concept of being able to live, work and play in the same area appeals to.

I can imagine there are quite a few buildings in the CBD that could be converted to residential use now that so many businesses seem to have abandoned the CBD.

These could be made attractive to rent or buy to people who don’t wish to spend a large percentage of their time and income on transport and commuting costs and who could then just walk to work.

It would not be reinventing the wheel. I have written here before about how, when I was born, my parents lived in the Nairobi CBD, and how up until the 1980s, there were still quite a number of people who chose to live in the CBD.

I would also launch a media campaign aimed at the rich and those from the professional classes, showing them how their counterparts in the great cities of the world that they love to visit — London, New York and even to a growing extent Cape Town — tend to live in the CBD.

I would show them how passé mansions in Karen and Muthaiga are and that the future is smart, secure city living. And once I had them convinced, everyone else would follow because, let's face it, Kenyans are like that.

That, as well as a rapidly accelerated building programme to replace all the slums, would be my revolution for Nairobi if I ever had the chance.

Why hotels in Kenya must embrace domestic market

The tourism industry is slowly recovering from the impact of the pandemic.
Business
2 months ago

Gone But Not Forgotten

Simmers: You all went in as strangers but left as friends

For strangers and friends, it has been the place for your favourite cold drink, delicious African cuisine and relaxed ...

Many, especially the queer, will be nostalgic if it closes its curtains

Facts about Hilton hotel that is to close down in December