• Viral clip captured a scenario one cannot explain without gagging 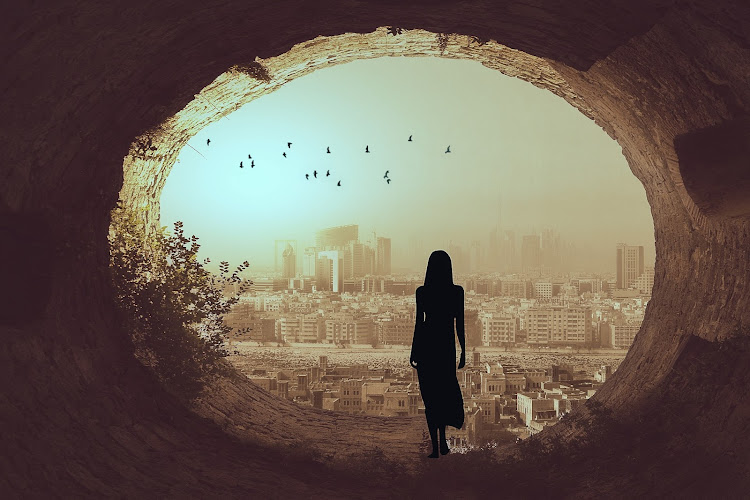 A woman stands in front of the Dubai skyline
Image: PIXABAY

We all knew that influencers’ lives are too good to be true. We assumed there was always more to the story on how they finance their lives, but what we did not know was just how far these people go to finance their luxury lifestyles.

These influencers, or “Instagram models”, are (mostly) women who are paid to model brands or give exposure to brands to their large followings. However, when they explain to their followers how they make money, the stories never add up because from their lifestyles, we know there is much more than meets the eye.

We never knew just how much more there was until the Dubai Porta Potty video went viral a couple of weeks ago. For those who have been living under a rock, the Dubai Porta Potty video was a video that was released by an Instagram model who exposed the underbelly of living the influencer life. The short video captured a scenario one cannot find the right words to describe or say without gagging. It was some sh*t. Literally.

In short, the video and the conversations that followed revealed a grisly sex scandal that occurs between wealthy men and these so-called models. It is alleged that female influencers are contracted by wealthy Arab men (in this case) to travel to Dubai, where they engage in sexual activities of a degrading nature for some top-dollar payout.

Although the video did not reveal the perpetrators' faces, it went viral as the big secret had finally been exposed. We finally got an insight into just how far these influencers would go to finance their ridiculous lifestyles. We also saw the face of humanity wiping away from the earth as we bore witness to just how cruel the rich can be.

Dubai has always been a playground for the rich and famous. It has afforded many people a ‘neutral’ setting, where they can set up their businesses. They have easily accessible visas for expatriates to work and live in Dubai. Over the years, Dubai has become such a tourist destination that locals and residents prefer to live in the other six states. The United Arab Emirates is made up of seven states. Abu Dhabi is the capital of the UAE but Dubai is the most visited state as it is designed to cater for tourists. Dubai is known for its vast wealth and opulent lifestyles, which makes it an influencer’s haven.

Which is why it is unlikely for one to find an influencer who has never been to Dubai. There are also those who moved to Dubai for the content. There are a lot more businesses that work with influencers in Dubai than anywhere else in the world. The state’s own government spends a lot of money paying influencers, YouTubers and even journalists from around the world to attend their events and expos for the publicity.

While most of us assumed that these beautiful women lived glamorous lives without breaking a sweat, none of us could have expected they went through such horrific situations to maintain their lifestyles. The secrets that have been exposed about the extreme lengths these influencers go through to present a certain level of class and wealth have made us aware of the ugly side of wealth and fame.

I have never been one to promote influencing as a career. Although the advancement of technology has afforded the younger generations more career options, especially those in tech and social media, these opportunities have not come without challenges. Unlike the simplicity of a regular job, an influencer has to work harder to attract and maintain their audience for views and likes. For them, views and likes translate to numbers, which translate to cash. Influencers have been known to do extreme things just to get views or to go viral.

However, those of us who were unfortunate to see the Dubai Porta Potty video will forever be scarred when we come across an influencer flaunting their luxury lifestyles on social media.