Why women file for divorce more than men

While women suffer long-term financial impacts from divorce, only a quarter say they regret their split

•Across cultures and geographies, women who are economically able to take care of themselves… are more likely to initiate divorce.

•For many women, the expectations they have when they enter marriage may fail to match up to reality. 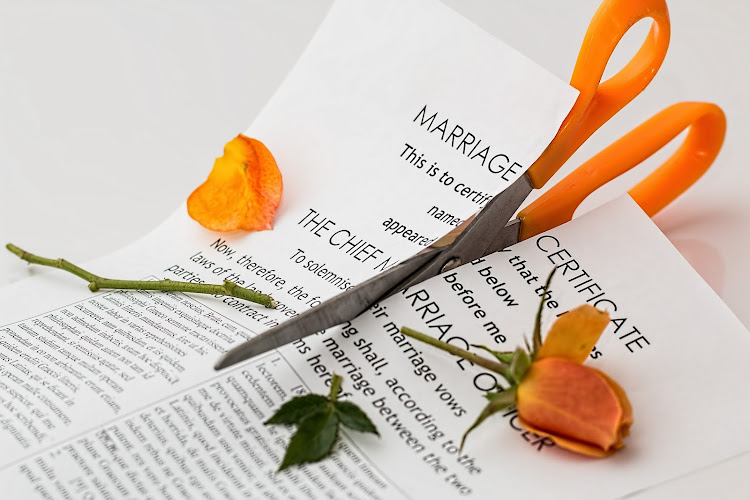 The decision to end a marriage is often difficult, and couples may spend months, or even years, soul-searching before calling it quits. But when it comes to initiating a split, there’s a clear pattern in who makes the final call. In Western heterosexual relationships, women catalyse an enormous proportion of divorces.

In the US specifically, where no-fault divorce is legal in all 50 sates, some estimates put the figure at 70%; this rises to a staggering 90% when women are college educated. In the UK, ONS statistics showed women petitioned for 62% of divorces in England and Wales in 2019.

Now, in some Western countries, divorce is becoming easier; the UK, for instance, recently legalised no-fault divorces, which means couples now have a quicker and more straightforward route to break up. This change in rules could open the door for even more women – who might have been hesitant before – to file for divorce.

Why, though, are women disproportionately choosing to divorce in the first place? For some, the answer lies in how partners do – or don’t – meet their emotional needs in marriage. Yet for others, things are more complicated – and there may be more nuance to these statistics than it seems.

The importance of independence

In most societies, divorce has been a relatively recent phenomenon.

In the UK, divorce was extremely uncommon before 1914, with just one divorce in every 450 marriages in the first decade of the 20th Century. Now, more than 100,000 couples in the UK get divorced every year, and in the US, around half of marriages end in divorce.

As Heidi Kar, a psychologist and expert on domestic violence at the US-based Education Development Center, explains, it’s no coincidence that the rise of divorce has coincided with women’s liberation.

“Because economic independence is an imperative before a woman can attempt to leave a marriage, either alone or with children to support, it’s extremely difficult for women to leave a marriage unless they have some way to make money on their own,” she says. “Also, because gender roles become more complicated as women start to gain financial independence, more marital conflict naturally arises.”

In other words, women’s entry into the workforce enabled them to leave unhappy marriages for the first time – they were no longer financially bound to remain in abusive partnerships or relationships where their needs were not being met, and women thus began to initiate divorces at greater scale.

This also helps explain why women with university-level education are so much more likely to end a marriage. “Across cultures and geographies, women who are economically able to take care of themselves – which usually is tied to higher education levels – are more likely to initiate divorce than women who are unable to economically sustain themselves and their children,” adds Kar.

Still, increased economic independence alone doesn’t explain why women have become so much more likely to initiate divorce than their husbands. Yet, the percentage of women initiating divorces has continued to rise – and the reasons are manifold.

For many women, the expectations they have when they enter marriage may fail to match up to reality. Experts say that they often have a higher expectation of how a partner will meet their emotional needs than men, which can lead to disappointment post-wedding.

Gilza Fort-Martinez, a Florida, US-based licensed couples’ therapist, who specialises in conflict resolution, says because men are usually socialised to have lower emotional intelligence than women, this can lead to female partners feeling unsupported and doing much of the emotional labour in the relationship.

This emotional intelligence also means women are more finely attuned to problems and relationship “red-flags”, and their tendency to be the primary communicators and empathisers means that they may also be the first to raise issues – perhaps ultimately resulting in separation or divorce.

Women also tend to gain fewer emotional benefits from marriage, which could make single life seem more appealing. While married men experience multiple perks – including living longer and earning more money – women don’t usually benefit from their relationships in the same way. Instead, they bear the brunt of household and child-rearing labour, which can leave working women “overwhelmed and stressed”, says Fort-Martinez.

Women also tend to have more close friends than men (in fact, in the US, 15% of men say they have no close friendships at all), meaning they have a better support system both to discuss any marital issues as well as to ease the transition back into single life. It’s also possible these friendships make divorce seem like a more plausible option – research suggests that if a close friend gets divorced, people’s own chances of divorcing rise by 75%.

Add this to the fact that women get primary custody of children in the vast majority of divorce cases, so women may feel they have less to lose when filing for divorce compared to men. And in some ways, they are right – evidence shows men’s wellbeing tends to drop much more dramatically immediately following a divorce.

But in reality, this effect can be short-lived. “In the short-term after divorce, men’s overall wellbeing decreases more, and they report higher levels of loneliness,” says Kar.

“But over time that evens out, and women continue to suffer from more chronic, long-term effects including the loss of home ownership, reduced financial means, and increased stress from life as a single parent.”

This doesn’t mean that these women have more regrets, however. In spite of these downsides, only 27% of women say they regret getting a divorce, compared to 39% of men, showing that for most women divorce-related hardships are preferable to staying in an unhappy marriage.

Of course, filing for divorce isn't the same as ending a marriage. While research shows women in heterosexual marriages are more likely to initiate the break-up, there are also women who didn't choose to end their relationship, but want or need to formalise the split nonetheless.

“Women tend to be more motivated than men to resolve their marital status,” says Katie Spooner, partner and head of family law at Winckworth Sherwood, London. She says, based on her client record, most men are happy to remain separated, unless there is a new relationship or particular imperative to sort their finances.

For women, however, the need for a divorce can be much more pressing. “It remains a requirement for divorce to be filed in order to make a financial application,” says Spooner, referring to the legally-binding process of sorting finances out after a split. “Historically, women have had a greater need to do this due to their weaker financial position, or their role as primary caregiver.”

In other words, married women tend to earn much less than their husbands, and are significantly more likely to have given up work or reduced their hours to care for children – even if they were the higher earner to begin with.

This means women who are separated from their husbands without a divorce agreement risk financial hardship, because they may not have a legal right to marital assets or financial support until a formal divorce agreement is in place. Filing for divorce might be their only choice to secure assets, even if they did not choose to end the relationship in the first place.

Spooner points out a big turning point for women initiating divorce in the UK was 1996, when being a “homemaker” was recognised as a contribution to the marriage, meaning women became entitled to a fairer share of assets. Before this, the less-wealthy spouse (usually the woman, especially if she’d given up her career) was only given financial support for basic needs, rather than how their domestic labour had contributed to the marriage. This arrangement is now common in many other countries, meaning fewer women risk poverty post-divorce, and are more motivated to push for a divorce over a separation to get their fair share of marital assets.

As for the new UK law, Spooner says there has been an early rush to file no-fault divorces, suggesting many people had been waiting for the law to change. However, it’s too early to know exactly how patterns will shift until the law has been in place for a while; Spooner herself believes there could be a “slight drop” in female-driven divorces, since it’s the first time couples can issue joint applications.

Whatever happens in the UK, ultimately, divorces – like marriages – tend to be complex and nuanced. In some cases, filing for divorce is an agonising decision based on years of unhappiness. For others, filing is more of a practical move, based on the need to reach a financial settlement. What’s clear, however, is that certain factors – women’s improved earning power, men and women’s mismatched emotional needs within marriage and ongoing inequalities in household labour – mean that divorce is likely to remain deeply gendered.

Bolognese sauce is made up of a meat-based tomato sauce served with spaghetti.
Sasa
2 weeks ago

It is an omelette made with eggs and potatoes, optionally including onion.
Sasa
2 weeks ago

Here is how you can turn that feature off.
Sasa
2 weeks ago

The feature offers the option to hide the number of likes on your from others as well as your own.
Sasa
2 weeks ago

It will join Zambia, Japan, South Korea, and Indonesia where menstrual leave is offered nationally.
News
2 weeks ago