The toxic 'cut-throat' culture that drives out workers

The attitude is to put everyone in the snake pit and see who climbs out.

•Many employees thrive in high-pressure work environments. But ruthless cultures can poison the well, eroding wellbeing and ultimately driving out workers.

•So, by definition, you have to do better than your colleagues if you want to make it. 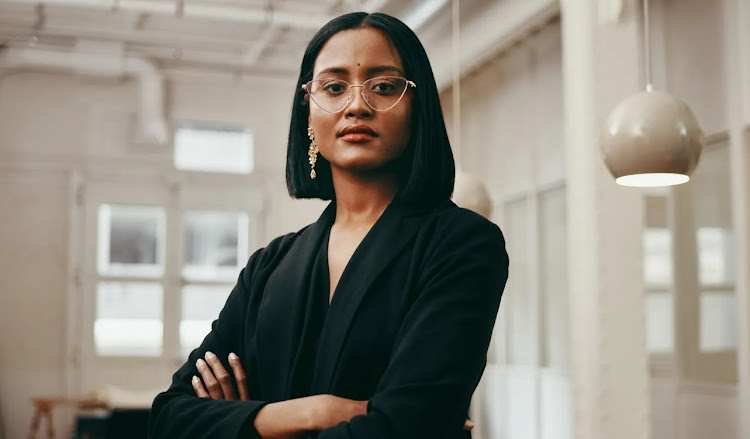 Cut-throat culture has been a fixture of workplaces for decades, particularly in professional services where only certain employees will ever climb to the top of the corporate ladder.

Johnny C Taylor Jr, president and CEO of the Society for Human Resource Management (SHRM), based in Washington, DC, says these kinds of workplace cultures breed internal competition between workers from day one.

“In law firms, there are a large number of recruits with only a few ever making that coveted partner status. So, by definition, you have to do better than your colleagues if you want to make it.”

These internal tensions are often further stoked by competition with rival businesses for the highest-paying clients.

Taylor says this competitive corporate culture begins at the executive level, and cascades via middle management down to junior-level employees.

“Cut-throat is where an organisation over-values competition to the point that their main focus is to beat another company. If you’re in the 100 top law firms, you’re naturally going to fight to remain there when you’re up against tens of thousands competing against you.”

Phrases like “Darwinian”, “back-stabbing” and “two-faced” are used to describe cut-throat environments.

According to the research, although mentions of “cut-throat” appeared in just 1% of 1.4 million reviews across 40 industries, use of the term had one of the biggest impacts on a company’s rating.

“The most frequent criticism of an organisation will be compensation – but it has a mild effect on an employee’s overall review,” explains Charlie Sull, co-founder of CultureX, based in Cambridge, Massachusetts, US.

“Toxic culture, however, significantly tanks a Glassdoor rating. And ‘cut-throat’ is one of its biggest factors: it’s on the same level as unethical and exclusionary behaviour.

Glassdoor data shows cut-throat culture appears across a wide variety of sectors, from Big Tech to aerospace and construction.

There is also a higher prevalence in media and entertainment, as well industries that have more frontline employees, such as in retail and health.

“Cut-throat culture can even exist in non-profits,” says Taylor.

“It’s ultimately people-led: if management believes in winning by all means, then it becomes the corporate culture.”

Taylor says firms with this kind of culture often have leadership that skews towards older white men, those who “understand the rules of the game”.

Cut-throat firms can also have a lack of diversity at employee-level. Anthony describes his industry dominated by alpha males.

“The attitude is to put everyone in the snake pit and see who climbs out,” he adds.

For some, this competitive workplace culture can be an immediate turn-off. Angela says she quit her job at a major consulting firm in New York City after realising climbing the corporate ladder meant playing – and winning – at internal politics.

“Everyone was gunning for promotion: it wasn’t the work you were doing, but who you knew that could vouch for you,” she explains.

“I didn’t necessarily have those mentors and people vouching for me. As a recent graduate, I’d had a notion of meritocracy in the workplace – it was a big shock to me.”

While cut-throat culture seems to be a huge indicator of employee dissatisfaction, references to it seem to be declining, according to Glassdoor figures.

Sull believes this is due to the rise of remote working; fewer face-to-face interactions have somewhat muted toxicity issues.

“It’s one thing if your boss is mean to you on a virtual call, another if it’s done to your face,” he adds. “Our hypothesis is that cut-throat culture has been hibernating during Covid and hybrid work – it’s become less immediate.”

Yet it seems unlikely it’s going away. In a recent survey of more than 16,000 business leaders, across 650 global organisations, seen by BBC Worklife, CultureX found political connections influenced promotions more than collaboration.

Respondents were also nearly as likely to say there were factions among their top teams as there was cohesion. It implies that cut-throat culture remains widespread.

“They don’t change much unless they’re pushed very hard, or there’s a sudden shock like a major CEO-led culture change initiative. Even if the company wants to change, and knows how to, it’s a generally slow process that can take years in large organisations.”

Across traditionally high-pressure and competitive industries, such as finance and law, however, there may be little appetite to overhaul the cut-throat environments that turn over huge profits, despite trends in other sectors towards building kinder workplaces.

Many of the biggest firms are multinational institutions with decades-old working practices that have become baked in over time.

Change, therefore, may be hard to come by.

“There should be an agreement that no individual can win at the cost to their colleagues or organisation,” he says. “Management should establish what constitutes ethical or unethical behaviour – guiding principles that articulate a good work culture.”

Without such measures in place, a win-at-all-costs mentality creates the kind of toxic environment that, ultimately, forces employees to quit. Although Anthony still works in finance, he says his cut-throat days are, thankfully, behind him.

“It was always, ‘We’re the best bank because we do the best work, have the best price performance and raise the most money’,” he explains.

“I became so wrapped up in the money and lifestyle of it all until I eventually hit a wall. I was a mess, snatching a bit of sleep at my desk at night, pulling all-nighters. I knew I couldn’t do it anymore: I quit.”

Angela’s surname is being withheld for future career considerations; Anthony is using his middle name for job-security reasons

How remote work could nix the sick day

Data shows many sick workers are logging in from home, and ‘proper' sick days are becoming increasingly rare.
Sasa
1 week ago

Why online dating brings out the worst

Cheating, ghosting and swiping – online dating brings out the worst in many people. Does it have to be this way?
Sasa
1 week ago

One in six of us experience a common mental health problem like anxiety and depression in any given week.
Sasa
1 week ago
“WATCH: The latest videos from the Star”
by BBC NEWS None
Lifestyle
12 May 2022 - 09:35