A 48-year-old Nepali woman scaled Mount Everest for the 10th time on Thursday.

•Everest has been climbed 10,657 times since it was first scaled in 1953 from the Nepali and Tibetan sides. 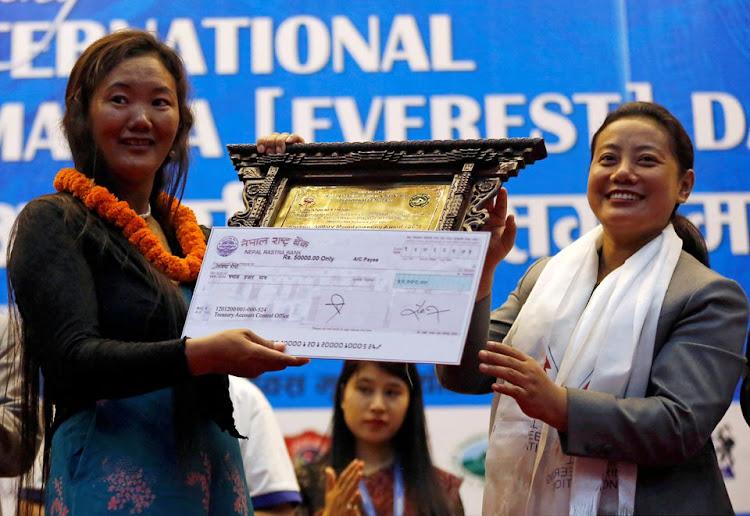 A 48-year-old Nepali woman scaled Mount Everest for the 10th time on Thursday, breaking her own record for the most summits of the world’s highest mountain by a female climber, her hiking company said.

"Lhakpa has broken her own record and become the first woman to achieve 10 summits," her brother Mingma Gelu Sherpa, an official of her Seven Summit Club hiking agency, told Reuters.

A Nepali tourism official, Bhishma Kumar Bhattarai, confirmed that she had reached the summit.

One of 11 children, Lhakpa was born in the eastern district of Sankhuwasabha, home to the world’s fifth highest mountain, Makalu.

Also on Thursday, seven members of an "All Black Expedition" comprising climbers from the United States and Kenya climbed Mount Everest, said Jeevan Ghimire of the Shangrila-Nepal Trek hiking company.

Fewer than 10 black mountaineers in total had reached the peak before, but this is the first time that all members of an expedition were Black, hiking officials said.

Everest has been climbed 10,657 times since it was first scaled in 1953 from the Nepali and Tibetan sides. Many have climbed it more than once, and 311 people have died.

Loaded fries are covered in cheese, with the possible addition of various other toppings like vegetables or beef.
Sasa
1 week ago

It will join Zambia, Japan, South Korea, and Indonesia where menstrual leave is offered nationally.
News
1 week ago

One in six of us experience a common mental health problem like anxiety and depression in any given week.
Sasa
2 weeks ago

A number of studies in recent years have demonstrated that our own body might be able to fight the disease.
Health
2 weeks ago
“WATCH: The latest videos from the Star”
by REUTERS Reuters
Lifestyle
12 May 2022 - 18:00