Why do people with certain professions and interests make us yawn – even before we get to know them?

• People judge those who match ‘boring’ stereotypes harshly, considering them less competent and warm than the average person.

•In psychological terms, we become aware of all the “opportunity costs” that have arisen from the conversation. 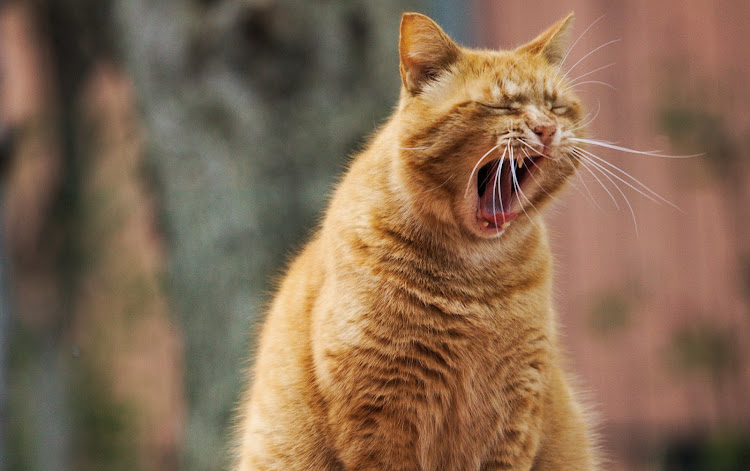 Imagine you are at a party, and your friend calls you over to meet their cousin Barbara.

Your friend peppers his introduction with a few facts: Barbara lives in a small town and works as a data analyst for an insurance agency.

Her favourite pastime is watching television. You may find yourself groaning at the mere thought of the meeting – and that reaction may say as much about you as it does about data analysts who enjoy a bit of trash TV.

According to recent research, people have many preconceptions of what features make up a stereotypical bore.

Like other types of stereotyping, these biases may not be objectively true – but they come with extremely negative consequences.

People judge those who match ‘boring’ stereotypes harshly, considering them less competent and warm than the average person, and unfairly shunning them in social interactions – before they have even opened their mouths.

Such findings might lead us all to reconsider our assumptions before meeting a Barbara at a social gathering.

By entering an encounter with unduly negative expectations, you may end up missing out on a potentially enjoyable conversation – whereas a more open mind might allow a budding friendship to blossom.

The research can also offer some tips for making a better first impression yourself.

Van Tilburg’s research builds on more than two decades of scientific interest in people’s experiences of boredom. This research has shown it is one of our most excruciating emotions, with a surprisingly profound influence on our behaviour.

In 2014, for instance, researchers at the University of Virginia, Charlottesville asked participants to spend 15 minutes in a sparsely-furnished room.

The participants did not have their mobile phones, computers or any reading materials – but there was a device that delivered a small electric shock at the press of a button.

Despite the obvious pain that this would bring, 18 of the 42 participants decided to do this at least once to break up their boredom. It seems that any stimulation – even deliberate physical discomfort – was better than not engaging with their environment at all.

You may wonder whether this reaction was peculiar to the set-up of the experiment – but it has now been replicated in other situations.

In one later study, participants were forced to watch a tedious film that played the same 85-second scene on repeat for an hour. When given the opportunity, many participants chose to play with a device that delivered an uncomfortable zap of electricity.

Such behaviours may seem bizarre. But, says James Danckert, a professor in cognitive neuroscience at the University of Waterloo in Canada, these studies show just how powerful boredom can be in driving us to look for new stimulation – something that can have enormous benefits in everyday life.

As we navigate the world, he says, we must constantly choose between exploiting the existing situation or exploring other opportunities.

After we have been performing the same behaviour for too long without adequate reward, boredom forces us to change groove, rather than remain stuck in a rut.

Danckert’s research shows that feelings of boredom are especially agonising when we are consciously reminded of the other potential sources of stimulation that we could be exploring. People find it much harder to sit in a room doing nothing if they can see an unfinished jigsaw or a table with Lego that they are not allowed to touch, for example.

This may explain why it is so insufferable to be stuck with a bore at a party, while we can hear all the other excited conversations around us.

While we are obliged to hear about the minutest details of our new acquaintance’s job, we are missing the chance to make a deeper social connection to someone who would be much better suited to our personality. In psychological terms, we become aware of all the “opportunity costs” that have arisen from the conversation.

Given the agonies of ennui, it is natural that we should wish to avoid those unrewarding interactions.

Unfortunately, humans have an annoying tendency to unfairly pre-judge people based on incomplete information. And this means that we will often decide that someone is going to be a bore before they have even had a chance to spark our interest.

In a series of studies published earlier this year, Van Tilburg set about identifying the stereotypical features that trigger this response – findings that may give us all pause whenever we find ourselves making a snap judgment about someone’s personality.

Working with Eric Igou at the University of Limerick and Mehr Panjwani at the London School of Economics and Politics, Van Tilburg first asked a group of 115 US residents to describe the most typical qualities that they associated with boring people.

From these initial responses, the team created lists of 45 personal characteristics, 28 occupations and 19 hobbies. The researchers then asked a further group of more than 300 people to rate each one on a scale of one (not boring at all) to seven (extremely boring).

These results were, in themselves, highly revealing. According to Van Tilburg’s participants, data-entry workers, accountants and tax officers were considered to be the most boring professionals. Hobbies seen as boring included going to church, watching TV and sleeping.

In terms of personality, bores were thought to be closed-minded with a narrow range of interests, and to lack a sense of humour or strong opinions on any issue. They were also thought to be overly negative complainers, whinging about every issue.

The team next wanted to understand the consequences of these stereotypes – including their potential to create social isolation. To do so, they created a series of vignettes based on the features investigated in the previous studies.

One was a description of “Brian”, for example, who was a data-entry worker at an accountancy company whose main hobby was watching TV – a portrait that perfectly matched the boring stereotype. This was a contrast to “Paul”, an artist from a local newspaper who enjoyed running, gardening and reading, whose combination of personal details were generally considered much less boring.

The team then questioned participants about how much they thought they would like each character and whether they would actively try to avoid meeting or talking to them. The participants were even asked how much money they would have to be paid to spend up to a week of their life with that person.

As you might expect, the fictional characters who filled the criteria of the boring stereotype were not treated kindly. In general, people were much less likely to want to meet Brian than Paul.

And to put up with that tedium over prolonged periods of time, the participants reported needing nearly three times as much money. “They really sought compensation for hanging around with these people, and that suggests that there's some sort of psychological cost to it,” says Van Tilburg.

If you consider the studies showing that people would rather experience pain than boredom, it makes sense that you’d need some reward to offset the discomfort and to make up for all the other, more exciting experiences, that you might be missing.

How to be interesting

We could all learn from this research. Your knee-jerk assumption that people of certain professions or hobbies are inherently boring could prevent you from forging deep and meaningful connections. (And if you are on the dating scene, your negative preconceptions may stop you meeting the potential love of your life.)

"By simply being a bit more open-minded, you may find interest and friendship where you least expected it. "

Van Tilburg’s research is even worse news if you happen to tick some of these boxes yourself. Fortunately, he has some tips that might help the world’s Brians to avoid an unkind judgement.

His first is to consider whether you can reframe your job description. Data analysis might, at first glance, be seen as a boring profession – but perhaps you are contributing to a bigger endeavour, such as scientific research. In general, scientists were thought to be much less boring than data workers – so emphasising the scientific element of your job could help to bypass people’s biases.

If that’s not possible, you can open up about your private life. Remember that bores, in general, were considered to be closed-minded with few passions.

Almost everyone enjoys TV, after all, and if you list that as your only hobby you are inevitably going to seem bland. But what are your more individual obsessions? Things like gardening, journaling, fishing and knitting were all viewed relatively positively.

And the more examples you give, the greater the chance that you’ll find common ground with the other person. “I think it's important to showcase the range of activities,” Van Tilburg says.

Finally, you could study the art of conversation. Things like your job or your past-times will matter very little if you fail to create a meaningful dialogue.

“Bores talk a lot, but they have very little to say,” says Van Tilburg.

With time, your new acquaintance may forget all about their preconceptions.

If none of this works, then don’t take it too personally. Van Tilburg points out that people are much more likely to apply negative stereotypes to others when they feel threatened.

By judging you unfairly harshly for your job or your hobbies, someone may just be covering up their insecurities. Boringness, like beauty, lies in the mind of the beholder.

Do you look at your dog and wonder how long it might live? Many factors chip in.
Sasa
7 months ago

The grief is universal, but the care women receive during pregnancy loss can depend on where they live.
Sasa
7 months ago

Why singles are 'pre-screening' their dates

"I don't want to waste my time on pointless, mindless dates"
Sasa
7 months ago

Some people may resort to biting nails to relieve stress or tension.
Sasa
7 months ago

Your gut is full of diverse range of microorganisms that communicate with your brain through hormones and nerves.
Sasa
7 months ago

Is storing tomatoes in the fridge bad for you?