Some people may resort to biting nails to relieve stress or tension.

•For some people, nail biting may be a sign of a more serious psychological or emotional problem. 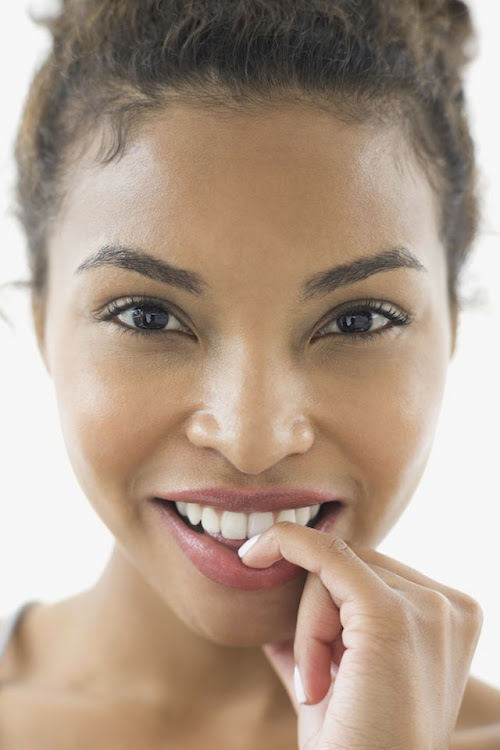 Many people have at some point in their lives bit their nails; either as a norm or just cutting off some loose chips of a long nail, especially when the nail clipper is not around.

Some people may resort to biting nails to relieve stress or tension.

Stress-relieving behaviour is normal, but if you are biting your nails consistently, you may be doing more harm to both your teeth and fingers.

Nail-biting means a person bite the nail, the cuticle or the tissue around the nail.

Using your teeth to bite nails places pressure on your front teeth which may eventually weaken your tooth enamel, leaving it to crack or chip, although it might take some time before you notice the damage.

Those who swallow the nails are prone to stomach and intestine infections. 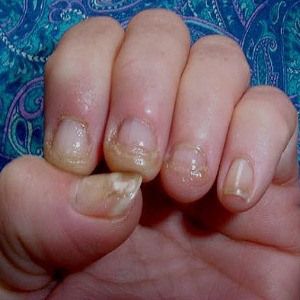 Those who swallow the nails are prone to stomach and intestine infections.
Image: findherbalremedy.com

Biters also face a risk of nail bacterial infection that can lead to a bad smell, puss, swelling and pain. If it goes untreated, the nail can start to grow abnormally, to some extent, the nail can detach from the nail bed and fall off.

While for some, nail-biting is an occasional thing, for others it is a type of body-focused repetitive behaviour (BFRD) that those who don’t outgrow it in childhood adopt as a lifelong habit.

Most nail biters may not develop long term damage if the problem is addressed early.

Research has linked nail-biting to more of habits and mental and physical distress than malnutrition.

"You could theoretically have an Iron deficiency that’s affecting the way your nails look so, therefore, you’re biting them but the missing element (Iron) isn’t making you bite your nails; that’s your psychological response and action to what’s missing."

You have to teach yourself to stop biting them. Take out your frustration on an inanimate object.

But if the habit is difficult to stop, here is how you can reduce nail-biting behaviour:

Having fewer nails provides less to bite and is less tempting.

Apply the bitter-tasting nail polish to your nails.

Available over-the-counter, this safe, but awful-tasting formula discourages many people from biting their nails.

Spending money to keep your nails looking attractive may make you less likely to bite them. Alternatively, you can also cover your nails with tape or stickers or wear gloves to prevent biting. You can opt for press on nails instead.

Replace the nail-biting habit with a good habit.

When you feel like biting your nails, try playing with a stress ball or silly putty instead. This will help keep your hands busy and away from your mouth.

These could be physical triggers, such as the presence of hangnails, or other triggers, such as boredom, stress, or anxiety. By figuring out what causes you to bite your nails, you can figure out how to avoid these situations and develop a plan to stop. Just knowing when you’re inclined to bite may help solve the problem.

Some doctors recommend taking a gradual approach to break the habit. Try to stop biting one set of nails, such as your thumbnails, first.

When that’s successful, eliminate your pinky nails, pointer nails, or even an entire hand. The goal is to get to the point where you no longer bite any of your nails.

For some people, nail-biting may be a sign of a more serious psychological or emotional problem. If you’ve repeatedly tried to quit and the problem persists, consult a doctor

“ Nails are formed within the nail bed — just beneath where the U-shaped cuticles begin. As long as the nail bed remains intact, nail-biting isn't likely to interfere with fingernail growth,” Lawrence E. Gibson, M.D.

Keeping your nails trimmed short can help. You can also use a special nail product that has a bitter taste.

Your gut is full of diverse range of microorganisms that communicate with your brain through hormones and nerves.
Sasa
4 weeks ago

How to clean and remove cockroaches from your microwave

Cockroaches and dirt in your microwave can damage and cause health problems.
Sasa
4 weeks ago

These oatmeal habits will kickstart weight loss, according to dietitians
Sasa
1 month ago

Reasons why pumpkin seeds are good for your health

Pumpkin seeds may have a beneficial effect on overall health.
News
1 month ago
“WATCH: The latest videos from the Star”
by MARGARET WANJIRU Health & Lifestyle Journalist
Lifestyle
28 April 2022 - 13:51