Governments are going overboard in their bid to boost security 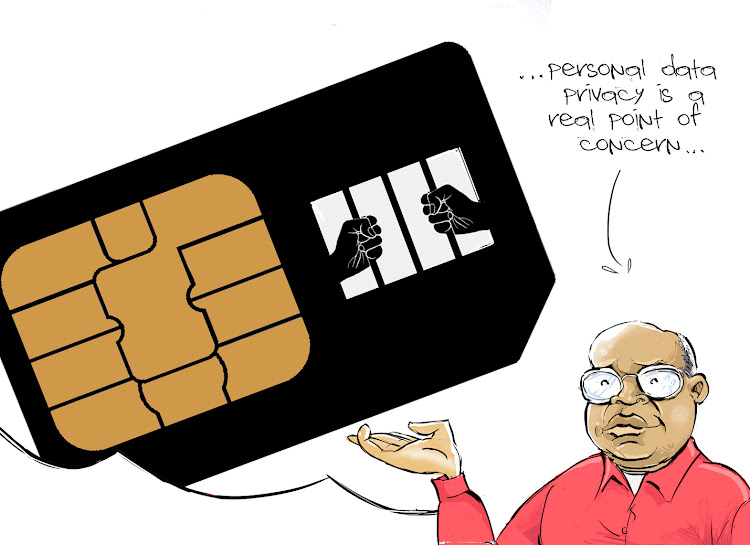 The panic by governments across the continent to collect personal data from the citizenry reminds me of students who have been set a last-minute assignment and threatened with failure of the whole course if they miss the deadline.

While SIM card fraud is a genuine worry, the connection of the details being collected to personal data and threats to those who don’t comply for whatever reason, is as worrying.

Already this month, Nigeria barred millions of mobile phone numbers as part of that government’s policy to boost security.

According to reports, the registration of SIM card identification numbers has subsequently become a precondition for accessing telecoms services as well as banking, immigration and other government services.

I read that in Ghana, a directive was issued calling for every SIM card carrier to re-register their SIMs with the national residency card or face losing their number.

In Zambia, too, there was the same mad rush back in March, and the government there reportedly went ahead and deactivated two million SIM cards.

All of this has led to fears that very soon across the continent, and elsewhere, for that matter, we could end up with a situation in which biometric data will be linked to a person’s SIM card.

While I'm no expert, I believe this could open up a Pandora’s Box, leading to the 21st century version of releasing physical and emotional curses upon humanity.

Experts in the field have previously warned that biometric data is easy to hack and that the consequences of the misuse of such could be incredibly dangerous.

While it is true that every day private information is being collected, stored, and transmitted by the Internet of Things, it is as true that with access to biometric data, it is easy for hackers to steal a person’s identity.

Once that is done, it’s just a few short steps for them to begin tampering with the information, and that could endanger lives in ways as bad, if not worse, than how governments fear terrorists with SIM cards could do the same.

Where does that leave us? As I said, I’m no expert, but square one sounds about right.

This is not the only threat to personal freedoms facing South Africans.

People are currently up in arms against what seem like draconian national health regulation proposals by the state for the future control and management of Covid-19. Just for good measure, they have also thrown in conditions such as “measles, malaria, smallpox, lead and mercury poisoning and tuberculosis.”

These new regulations, if promulgated, will mostly come into effect under the National Health Act, following the termination of the national state of disaster.

Campaigners against the government’s proposals claim that among other things, the regulations will lead to “forced quarantine as well as forced testing and taking of bodily samples, without the option of refusal, in the event of a positive Covid-19 case, or worse, upon the mere suspicion of a positive test”.

The campaigners are requesting support for a petition in which they say: “The Department of Health will also be required to set up a contact tracing database, which will contain personal information such as: ID and passport numbers, cell phone numbers, residential addresses and any other addresses that persons who have tested positive for a medical condition in the regulations, as well as everyone that has come in contact with them, may be staying at.”

In the words of the petition: “We thought we were no longer in a national state of disaster, but it seems that the South African government wants to be able to permanently control us and limit our freedoms.”

Politicians from opposition parties have said the new regulations are “illogical and unenforceable, and violate several basic human rights that are guaranteed in the Constitution”.

The deadline for public participation submissions is Monday April 24. We can only wait and see how it plays out.

The #KamitiCallCentre scam expose remains a strange paradox
Opinion
7 months ago
Are you under surveillance? Why people are fleeing WhatsApp
Post a comment
WATCH: The latest videos from the Star
by Mwangi Githahu Columnist
Lifestyle
24 April 2022 - 05:00
Read The E-Paper