Should we be eating three meals a day?

Small changes in our regular eating habits can add up to health benefits over time, but consistency is key

•Small changes in our regular eating habits can add up to health benefits over time, but consistency is key 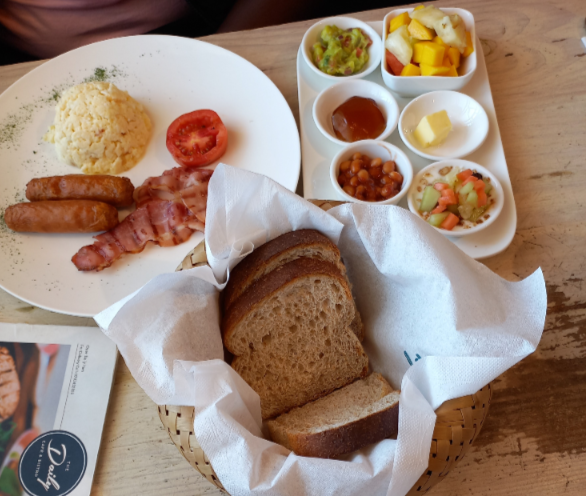 It's likely you eat three meals a day – modern life is designed around this way of eating. We're told breakfast is the most important meal of the day, we're given lunch breaks at work, and then our social and family lives revolve around evening meals. But is this the healthiest way to eat?

Before considering how frequently we should eat, scientists urge us to consider when we shouldn't.

Intermittent fasting, where you restrict your food intake to an eight-hour window, is becoming a huge area of research.

Giving our bodies at least 12 hours a day without food allows our digestive system to rest, says Emily Manoogian, clinical researcher at the Salk Institute for Biological Studies in California, and author of a 2019 paper entitled "When to eat".

Rozalyn Anderson, an associate professor at the University of Wisconsin's School of Medicine and Public Health, has studied the benefits of calorie restriction, which is associated with lower levels of inflammation in the body.

"Having a fasting period every day could reap some of these benefits," she says. "It gets into the idea that fasting puts the body in a different state, where it's more ready to repair and surveil for damage, and clear misfolded proteins." Misfolded proteins are faulty versions of ordinary proteins, which are molecules that perform a huge range of important jobs in the body. Misfolded proteins have been associated with a number of diseases.

Intermittent fasting is more in line with how our bodies have evolved, Anderson argues. She says it gives the body a break so it's able to store food and get energy to where it needs to be, and trigger the mechanism to release energy from our body stores.

Fasting could also improve our glycaemic response, which is when our blood glucose rises after eating, says Antonio Paoli, professor of exercise and sport sciences at the University of Padova in Italy. Having a smaller blood glucose increase allows you to store less fat in the body, he says.

"Our data suggests that having an early dinner and increasing the time of your fasting window increases some positive effects on body, like better glycaemic control," Paoli says.

It's better for all cells to have lower levels of sugar in them because of a process called glycation, Paoli adds. This is where glucose links to proteins and forms compounds called "advanced glycation end products", which can cause inflammation in the body and increase the risk of developing diabetes and heart disease. 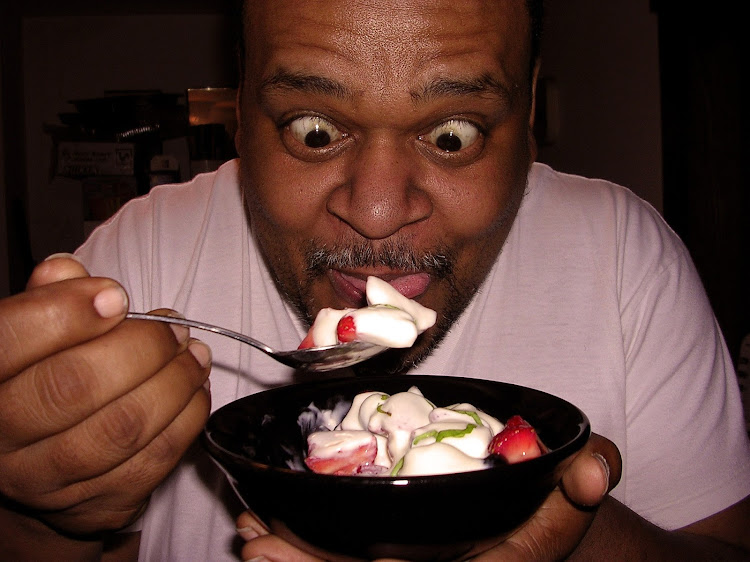 But if intermittent fasting is a healthy way to eat – how many meals does this leave room for?

Some experts argue it's best to have one meal a day, including David Levitsky, professor at Cornell University's College of Human Ecology in New York, who does this himself.

"There's a lot of data showing that, if I show you food or pictures of food, you're likely to eat, and the more frequently food is in front of you, the more you're going to eat that day," he says.

This is because, before we had fridges and supermarkets, we ate when food was available.  Throughout history, we consumed one meal a day, including the Ancient Romans who ate one meal around midday, says food historian Seren Charrington-Hollins.

Wouldn't one meal a day leave us feeling hungry? Not necessarily, Levitsky argues, because hunger is often a psychological sensation.

"When the clock says 12pm, we may get feelings to eat, or you might be conditioned to eat breakfast in the morning, but this is nonsense. Data shows that if you don't eat breakfast, you're going to eat fewer calories overall that day.

"Our physiology is built for feasting and fasting," he says. However, Levitsky doesn't recommend this approach for people with diabetes.

But Manoogan doesn't recommend sticking to one meal a day, since this can increase the level of glucose in our blood when we're not eating – known as fasting glucose. High levels of fasting glucose over a long period of time is a risk factor for type 2 diabetes.

Keeping blood glucose levels down requires eating more regularly than once a day, Manoogan says, as this prevents the body thinking it's starving and releasing more glucose when you do eventually eat in response.

Instead, she says, two to three meals a day is best – with most of your calories consumed earlier in the day. This is because eating late at night is associated with cardio-metabolic disease, including diabetes and heart disease.

"If you eat most of your food earlier on, your body can use the energy you feed it throughout the day, rather than it being stored in your system as fat," Manoogan says.

But eating too early in the morning should be avoided, too, she says, as this wouldn't give you sufficient time to fast. Also, eating too soon after waking up works against our circadian rhythm – known as our body clock – which researchers say dictates how the body processes food differently throughout the day. 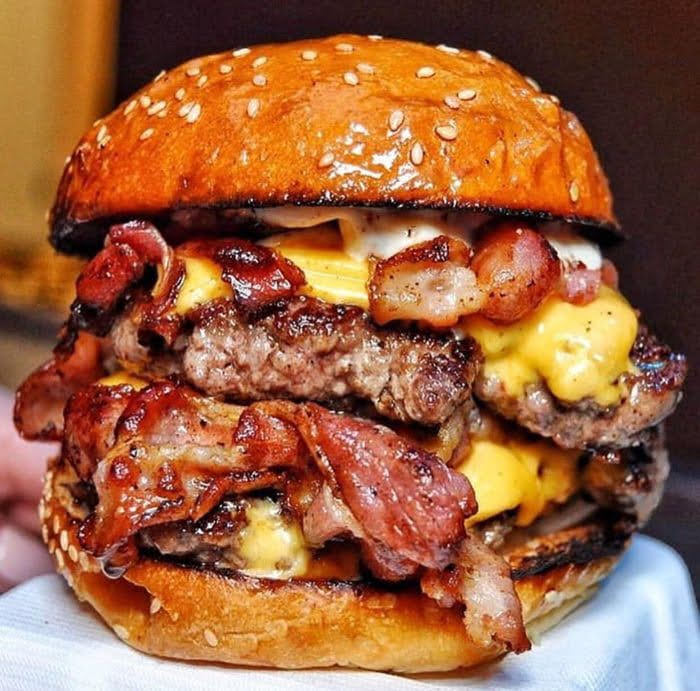 Our bodies release melatonin overnight to help us sleep – but melatonin also pauses the creation of insulin, which stores glucose in the body. Because melatonin is released while you're sleeping, the body uses it to make sure we don't take in too much glucose while we're sleeping and not eating, Manoogan says.

"If you take in calories when your melatonin is high, you get really high glucose levels. Consuming a lot of calories at night poses a significant challenge to the body because if insulin is supressed, your body can't store glucose properly."

And, as we know, high levels of glucose over long periods of time can increase the risk of developing type 2 diabetes.

This doesn't mean we should skip breakfast altogether, but some evidence suggests we should wait an hour or two after waking up before we crack open the eggs. It's also worth remembering that breakfast as we know and love it today is a relatively new concept.

"The Ancient Greeks were the first to introduce the concept of breakfast, they'd eat bread soaked in wine, then they had a frugal lunch, then a hearty evening meal," says Charrington-Hollins.

Initially, breakfast was exclusive to aristocratic classes, says Charrington-Hollins. It first caught on in the 17th Century, when it became the luxury of those who could afford the food and the time for a leisurely meal in the morning.

"The concept today of breakfast being the norm [came about] during the Industrial Revolution in the 19th Century and its introduction of working hours," says Charrington-Hollins. Such a routine lends itself to three meals a day. "The first meal would be something quite simple for the working classes – it might be street food from a vendor or bread."

But after war, when availability of food diminished, the idea of eating a full breakfast wasn't possible and a lot of people skipped it. "The idea of three meals a day went out the window," says Charrington-Hollins. "In the 1950s breakfast becomes how we recognise it today: cereal and toast. Prior to that we were happy to eat a piece of bread with jam."

So, the science seems to say the healthiest way to eat throughout the day is to have two or three meals, with a long fasting window overnight, to not eat too early or too late in the day, and to consume more calories earlier on in the day. Is this realistic?

Manoogan says it's best to not specify the best times to eat, as this can be difficult for people with responsibilities and irregular time commitments, such as those working night shifts. 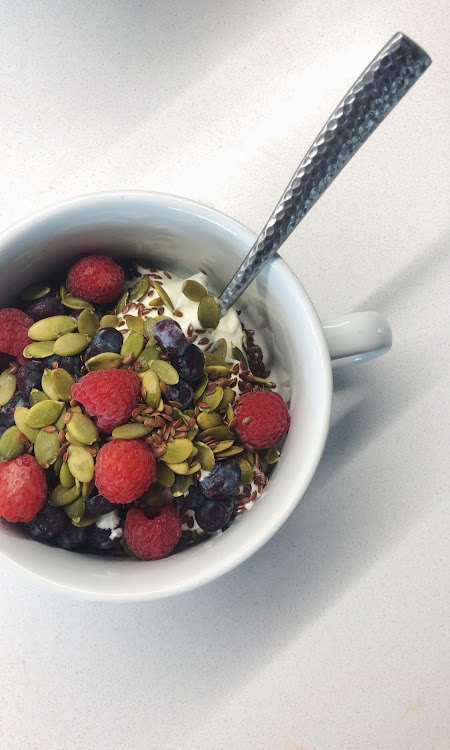 Pumpkin seeds in a bowl of fruits and yoghurt
Image: thefoundationblog.com

"Telling people to stop eating by 7pm isn't helpful because people have different schedules. If you try to give your body regular fast nights, try to not eat too late or early and try to not have huge final meals, this can usually help. People can at least adopt parts of this," she says.

"You could see a dramatic change just from a small delay in your first meal and advancing your last meal. Making this regular without changing anything else could have a big impact."

But whatever changes you make, researchers agree that consistency is crucial.

"The body works in patterns," says Anderson. "We respond to the anticipation of being fed. One thing intermittent fasting does is it imposes a pattern, and our biological systems do well with a pattern." She says the body picks up on cues to anticipate our eating behaviours so it can best deal with the food when we eat it.

When it comes to how many meals we deem normal, Charrington-Hollins is seeing change on the horizon.

"Over the centuries, we've become conditioned to three meals a day, but this is being challenged now and people's attitude to food is changing. We have more sedate lifestyles, we're not doing the level of work we were doing in the 19th Century, so we need fewer calories.

"I think, long-term, we'll be reducing back to a light meal then a main meal, depending on what happens work-wise. Our working hours will be the driving force.

"When we came off rations, we embraced three meals a day because there was suddenly an abundance of food. But time goes on – food is everywhere now."

Kiwis are rich in potassium, which helps to lower the blood pressure.
Sasa
4 months ago

Reasons why pumpkin seeds are good for your health

Pumpkin seeds may have a beneficial effect on overall health.
News
4 months ago

“You notice the upper body, the bust and arms begin to increase in size rather than the hips and thighs.”
Sasa
4 months ago

Why you need to swap margarine spreads with avocado.

Most margarines have saturated fat and artificially made Trans fats which raise levels "bad cholesterol".
Sasa
4 months ago

Why you are always hungry at work despite sitting all day