Kids getting older younger: Are children growing up too fast?

Viewed another way, children are simply showing how it looks to mature in today’s world

•In fact, exposure to content not available to previous generations can be a good thing 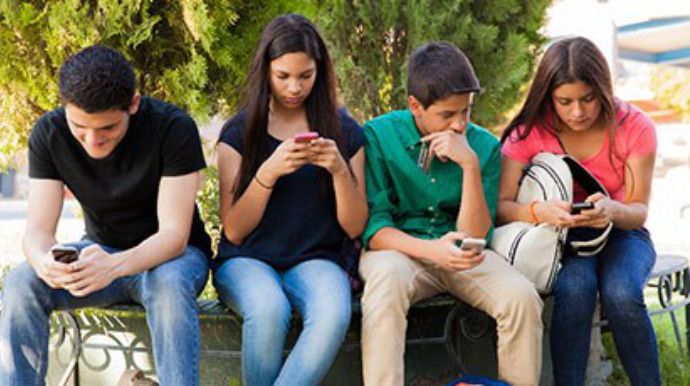 Social media, pampering parents, increased pressure to succeed – ‘kids these days’ deal with a lot. But is it making them grow up faster or slower than previous generations?
Image: hmhco.com

Kids these days don’t get to be kids anymore, say the adults who remember a childhood free from the rules, oversight and digital pressures today’s young people navigate.

In some ways, it may be true. The average parent allows their child a smartphone at age 10, opening up a world inaccessible to previous generations, with unlimited access to news, social media and other privileges previously reserved for adults, forcing them into emotional maturity before they reach adulthood.

There’s a term for it: ‘KGOY’ or ‘kids getting older younger’, meaning children are more savvy than previous generations.

Rooted in marketing, the idea is because of KGOY, kids have greater brand awareness, so products should be advertised to children rather than their parents.

The theory has been around since the noughties, and ever since, experts have attempted to prove out the early demise of childhood by pointing to causes ranging from the age at which they get a smartphone, to the fact that kids are now watching more adult television programmes, to the problem of teenage girls being pressured to think about their appearance due to greater exposure to beauty ideals on social media.

Yet though many worry that kids may seem to be growing up too quickly, there’s also evidence that they could, in fact, be maturing more slowly.

Technology may be exposing kids to more, making them intellectually savvier.

Yet whether they are actually growing up more quickly may be a matter of perspective.

It may also be time to update what we think of as the milestones of maturation, and what it really means to grow up fast. 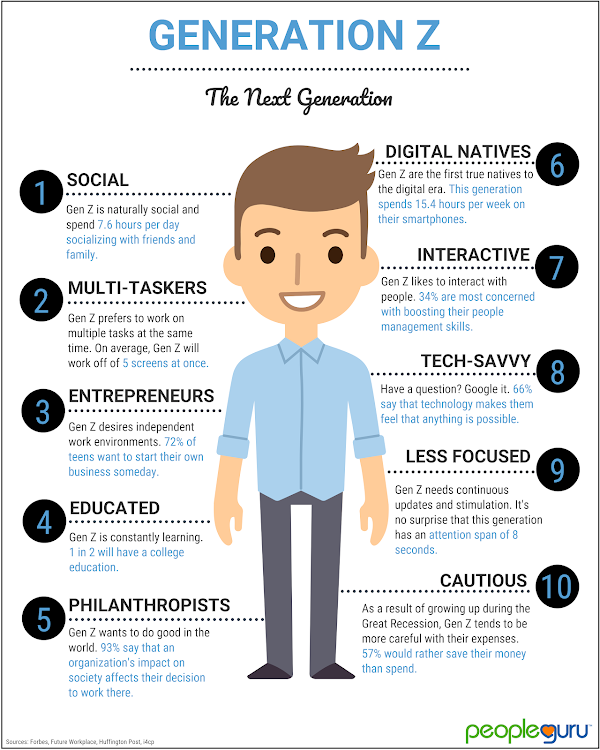 To understand how we measure growing up, it’s important to think about what most people mean by “childhood” and “adulthood”.

Excluding biological measures such as when children hit puberty, our understanding of childhood is largely a social construction.

People have different views of what it means depending on when and where they’ve grown up, making it difficult to measure or quantify.

In most countries, people are considered adults from the age of 18, but this varies.

In Japan, you are legally a child until you are 20, while in other countries such as Iran, individuals as young as nine years old can be treated as adults in law.

Definitions of childhood have also varied historically: in the 19th Century, it was common for children under the age of 10 to work, and the idea of being a “teenager” didn’t really exist until the 1940s. Before then, adolescents were simply seen to transition straight from childhood to adulthood.

How, then, do we understand the idea of growing up more quickly – and is it really the case? “The basic stages of children’s development aren’t changing,” says Shelley Pasnik, senior vice president and director of the Center for Children and Technology, a research group based at the Education Development Center, New York.

“The external world is constantly shifting, but children’s cognitive and emotional milestones stay the same.

And Pasnik points out, it’s difficult to measure and quantify the idea of “growing up” in a social and cultural sense.

There are so many cross-cultural, linguistic and developmental aspects to childhood that it’s almost impossible to pinpoint any one thing as being the primary influence on how quickly children grow and age.

There’s also evidence people tend to idealise their own childhood, imagining it as a more carefree and happy time.

It’s possible adults who complain that children today are maturing more rapidly may well be comparing them to a skewed and nostalgic view of their own youth that doesn’t quite compare to reality. 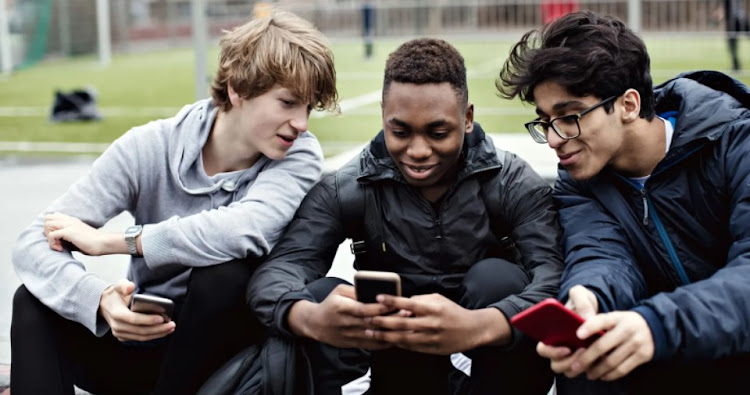 “What has changed is [kids’] exposure to information,” says Pasnik, “through video platforms to caregiver phones; social media platforms and interactive speakers with unlimited capacity to push content.”

Children are now constantly getting what Pasnik calls “media-delivered ideas” – content aimed at adults and viewed mostly over the internet – much sooner than previous generations.

“There is increased exposure to violent or sexual content at a younger age, which causes a desensitisation and normalisation, because children’s brains aren’t fully developed to process this in a way that an adult brain can,” says Dr Willough Jenkins, an inpatient director of psychiatry at Rady Children’s Hospital, San Diego.

“Of course, part of the exposure is to other people, too. Children can communicate with strangers without supervision, which leads to an increased risk of cyberbullying or adult conversations that they are not equipped to handle.”

All of this, says Pasnik, can lead to children confronting adult realities before they are developmentally ready to do so – something that is often interpreted as ‘growing up too quickly’.

Jenkins is quick to point out, however, that technology is neither bad nor good, and that there’s plenty of scaremongering around youth’s increased access to social media.

It’s an oft-cited anecdote that in previous generations parents worried about their children watching television, and now social media has become the new societal ill for people to fear.

In fact, exposure to content not available to previous generations can be a good thing.

Technology enables children to independently seek knowledge and to think critically, due to their access to a wider range of sources.

For children in remote areas, the ability to find more knowledge and social connections outside their immediate family can be invaluable, as can accessing support and community for minority groups. 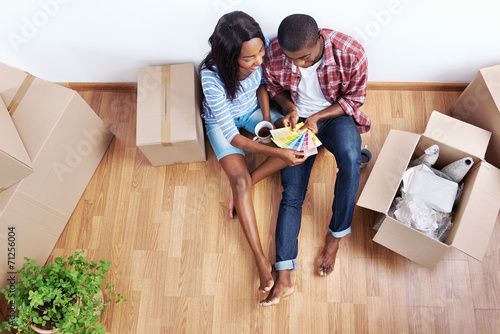 young people are continuing to dislodge old notions of what it means to be with a partner, both now and down the line – and proving that milestone moment don’t look the same as they once did.
Image: adobe stock

Technology is far from the only social force affecting how children develop, and at what pace. Over the past few decades, parenting has become more intensive in the US and many other countries, and children today can expect more structured play, extracurricular activities and parental supervision than previous generations.

The topic of how this affects children is hotly debated – one argument is that heightened expectations placed on children to optimise their time in adult-like ways lead to unnecessary stress (and a loss of an important, carefree stage of childhood), while another argument is that they lead to a generation of pampered young adults unable to think for themselves (and a prolonged and unhealthy childhood).

“There’s been quite a bit of discussion especially in recent years, about children’s lives becoming more institutionalised and controlled,” says William Corsaro, a professor emeritus of sociology at Indiana University.

He points to hovering parents and children’s involvement in extracurricular activities and lessons outside school, and to “overstated” fears about children’s safety and lower birth rates (meaning fewer at-home playmates) as factors that make children mature more slowly.

This theory is echoed by Jean Twenge in her 2017 book iGen. Based on a survey of 11 million US-based young people, Twenge argued that kids born after 1995 are, contrary to much popular wisdom, growing up more slowly, engaging in milestones traditionally considered “adult” far later than their older counterparts.

This is, in part, because smartphones allow children to socialise from their own home, making them less likely to engage in activities such as drinking with peers or sex, but she also points to an evolutionary idea known as ‘life history theory’, which classifies maturation of species into “slow” and “fast” strategies – the safer the environment, the more slowly they have to mature.

Today, in an age of low birth-rates and high life-expectancies, children tend to be closer to their parents and grow up in a safer environment, and thus can mature more slowly.

This means that they aren’t pushed towards independence in the same way that children growing up in a fast maturation environment – what previous generations experienced – might be.

Although something of a wildcard, the pandemic also seems to be exacerbating this trend.

Children stayed at home instead of going to school, weren’t able to travel to attend university and were furloughed from the jobs that offered a first taste of independence.

By most traditional measures they were unable to grow up at the rate that children just a few years ahead of them had done – yet by other measures they were exposed to uncomfortable truths and social responsibilities such as mask-wearing that forced them to confront the adult world more quickly. 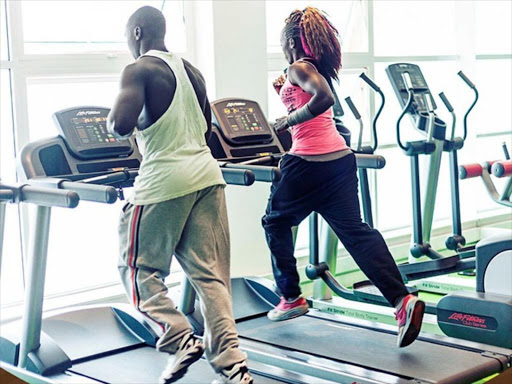 A matter of perspective

Though evidence indicates that in a cultural and social sense children aren’t growing up any more quickly than they ever have, this may be to do with how we understand what it means to grow up.

Viewed one way, children really are growing up more slowly, seemingly kept young by a socially distanced and digital world where their parents are their closest real-life companions.

Viewed another way, children are simply showing how it looks to mature in today’s world. In fact it could be easy to argue that a broader view of life outside a hometown and local friendship circles given by technology, or an ability to navigate an online world, is just as valid a set of milestones and markers of growing up as having sex, drinking, driving and moving out of the family home.

Ultimately there are many factors that influence the rate at which children mature, and the circumstances are highly individual.

Our understanding of where childhood ends and adulthood begins – and the line that separates them – is blurry, and subjective.

Getting ‘older’ might seem more complicated these days, but kids don’t know the difference, just as their parents didn’t know a life without the internet or television or telephones – or whatever it was their own parents worried was making them grow up too fast or slow.

Oscar-winning film director Peter Ramsey is serving as executive producer on the project.
Sasa
5 months ago

Why people aren't as picky in love as they think

We assume we choose our life partners very carefully but we may be less selective in love than we think.
Sasa
5 months ago

Why so many workers have lost interest in their jobs

Realistically, some workers who’ve become disinterested in their jobs are going to remain that way, and still work, anyway.
Sasa
5 months ago
Post a comment
WATCH: The latest videos from the Star
by BBC NEWS None
Lifestyle
14 April 2022 - 11:27
Read The E-Paper