'One bottle won’t hurt' - Your brain has a different opinion

Drinking one to two alcoholic drinks a day is an equivalent of brain ageing of two years.

• Drinking one to two alcoholic drinks a day is an equivalent of brain ageing of two years.

• Alcohol consumption is one of the leading contributors to the global burden of disease and to high healthcare and economic costs. 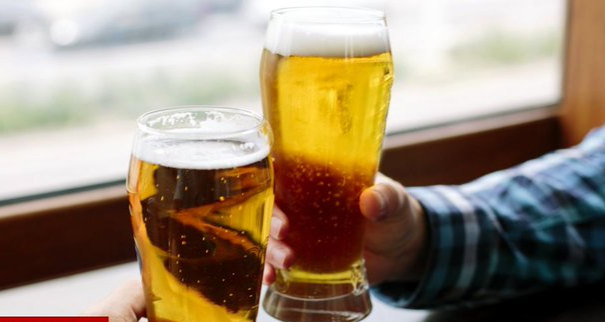 Alcohol consumption is one of the leading contributors to the global burden of disease and to high healthcare and economic costs.

New data has shown that drinking one to two alcoholic drinks a day is linked an equivalent brain ageing of two years.

The research, which was published in Nature communications found that alcohol consumption even at modest modes has an effect to the brain; this includes reduction in overall brain volume and changes in the brain structure.

The researchers from the University of Pennsylvania, used a dataset of more than 36,000 adults and found that the link actually grew stronger to those who had greater levels of alcohol consumption.

"The fact that we have such a large sample size allows us to find subtle patterns, even between drinking the equivalent of half a beer and one beer a day," Gideon Nave, a corresponding author on the study says.

This is actually a contrast with scientific and governmental guidelines on safe drinking limits.

While strong evidence exists that heavy drinking causes a change in the brain structure, including a reduction in the grey and white matter,  other studies suggest that drinking moderately may have no impact.

The authors explained that to gain an understanding of possible connection between drinking and the brain, it was critical to consider certain variables such as sex, age, height and more, that could cloud the relationship.

From the volunteer participants, the researchers found that those that went from zero to one alcohol units didn't make much of a difference in brain volume.

They shared the following example: In 50-year-olds, as average drinking among individuals increased from one alcohol unit (about half a beer), a day to two units (a pint of beer or a glass of wine).

However, those going from one to two or two to three units a day was associated with reductions in both grey and white matter of their brain.

This was associated to ageing of three and a half years.

"It's not linear," Daviet says . "It gets worse the more you drink."

And while the researchers underscore that their study looked only at correlations, they say the findings may prompt drinkers to reconsider how much they drink.

"This study looked at average consumption, but we're curious whether drinking one beer a day is better than drinking none during the week and then seven on the weekend," Gideon Nave said.

"There's some evidence that binge drinking is worse for the brain, but we haven't looked closely at that yet."

Foot care; Why you have hard, dry and cracked feet

Flaky skin is most common on the heels and feet soles as they have the least number of oil glands.
Sasa
10 months ago

Bored? Cool things you can do with your partner at home

Engaging in cool and fun activities with your partner adds a little bit of charm to your relationship.
Sasa
10 months ago

Here is why digestive biscuits are the healthier option

Although digestive biscuits are a healthy alternative, moderation is key.
Sasa
10 months ago

Samsung may start shipping phones without a charger

Samsung said that the move is about sustainability.
Sasa
11 months ago
Post a comment
WATCH: The latest videos from the Star
by MARGARET WANJIRU Health & Lifestyle Journalist
Lifestyle
10 March 2022 - 16:46
Read The E-Paper