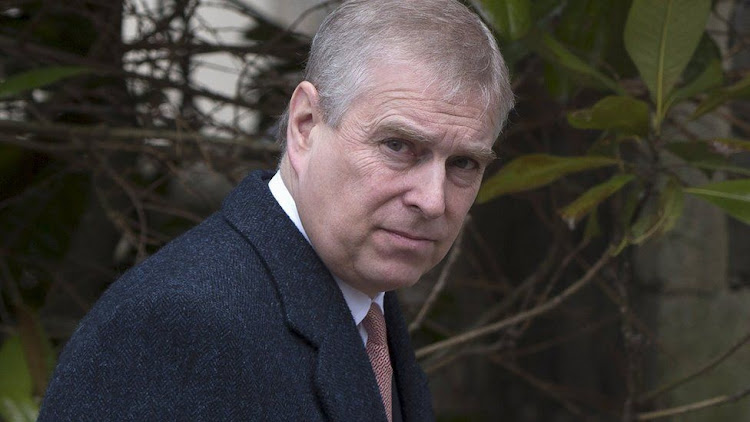 He will stop using the title 'His Royal Highness' in any official capacity
Image: PA NEWS

Throughout history, we have seen what men with privilege and entitlement can do. Even wars were started by men who believed they were entitled to what they could not have. Sexual assault at its core is a power play, where a powerful man or woman preys on a person they deem weak.

When people saw Bill Cosby being arraigned and charged for crimes he committed more than five decades ago, they could not believe it. People of his generation must have been shocked to see the 90-year-old in handcuffs, going to prison for crimes he did when he was in his prime. Older, powerful men who believed they could get away with anything have learnt the hard way that the younger generations are not the silent type. They will take you down regardless of your influence and position.

The same thing happened to Harvey Weinstein, Jeffery Epstein, Matt Lauer and the list goes on. All these men, more specifically in the American term ‘privileged white males’, were prominent figures in their respective fields during their time. They believed their power and influence would give them free rein to do everything they want. They had enough influence to silence a person as they could ruin anyone’s career with the press of a button.

The biggest sexual assault crime ring to be uncovered was the Jeffery Epstein scandal. Epstein was involved with procuring young girls for affluent men to use to their liking. Most of these girls were underage during those times. When the police uncovered video surveillance that Epstein had installed in his properties, they could not have imagined the kind of scandal they had on their hands. As it turns out, Epstein’s friends or clients were among the richest men in the world. The biggest catch? Prince Andrew, Duke of York. Queen Elizabeth’s second son and alleged favourite child.

The fact that Prince Andrew was a lady’s man was not a secret at all. Former Duchess of York Sarah Fergusson was not one to hide details of why her marriage to the Duke of York ended. In fact, the open secret was so well known, it was portrayed on the third season of the Netflix show 'The Crown', where the Queen was informed of all of Andrew’s perversions and even at that young age was dating underage girls. The Royals might claim the show is ‘fictional’, but the news and whispers of the same are not.

When news of Prince Andrew’s indiscretions hit the waves, the people were outraged while the Palace went on a whitewashing mission by covering the tabloids with praiseworthy stories of Prince William and Kate Middleton and tarnishing articles of Meghan Markle. None of the Palace’s ‘saving grace’ tactics worked as the case will be heard in America, out of the Queen’s and British jurisdiction.

Prince Andrew has been accused of abusing an underage girl at the time on three different occasions. A petition by the military to strip the prince of his titles strong-armed the queen into stripping her son of his Royal and military titles and duties. Andrew will have to face trial as a common man, no longer shielded by his titles, ranks and affluence.

Closer home, we have seen men who have had to face the consequences of their actions towards the opposite sex. Shaffie Weru’s unfiltered insensitive remarks cost him his job. The Ndichu brothers’ drunken altercation almost cost them their company. The fact remains times have changed. Power and affluence will not get men what they want anymore. In today’s world, anyone who does wrong will face the consequences, even if your mother is the frigging Queen!