January blues: How nanny's can leave you distraught

This is usually a nightmare for many women who depend on nannies to manage their homes.

•In as much as we put all our trust with nanny's, it is important to do background checks.

•This is a crucial process that is designed to assess and verify information about the person an employer is about to bring to their private space. 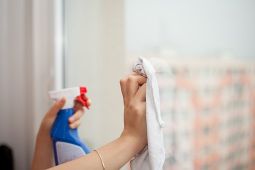 The hustle and the bustle of January comes with its own challenges which leave many people talking.

From not having enough money, the month having 'longer days' to losing a house manager commonly known as nannies.

January is indeed a month that needs proper planning. However, despite this planning, nannies in most cases leave fathers and mothers distraught even as they plan to go back to work.

This is usually a nightmare for those who depend on nannies to manage their homes as they go out to work.

Nannies have a tendency of not returning after holidays and most times they argue that they need salary increment, a request that comes at a rather tight time.

Maria* (not her real name) said she will never employ a nanny after what she went through.

She says her nanny left for the festive holidays promising that she will come back.

"Before she left I had communicated to her that I would be travelling for one week in January. She was supposed to report back two days before my travelling day just to make sure that everything is planned as I have a four-year-old son," Maria explained.

The whole plan changed after her nanny - Kanini - left without an  explanation.

When Maria called her, she had switched off her phone.

"I knew right there that Kanini had pulled the 'Missing In Action' card on me. I decided to wait and after a few hours, received the Safaricom message that the her phone is back on," she said.

"I called her back and she picked. She told me that she will not be coming back because she has found someone who loves her and they are planning to get married."

This message paralysed and shocked Maria for she did not know what to do.

"There was nothing I could do. She was really apologetic because she knew she had really inconvenienced me, but the damage was already done. I wished her the best and left it that," Maria said.

She said her mother had to rescue her from the situation.

"She took care of my son when I travelled because he goes to school. Every year, my nannies always disappoint me so I have decided to not have nannies anymore," Maria said.

Maria's case is just one out of the many tales that have been told.

For Julie* she was very much prepared for any outcome because her nanny had told her she might or might not come back depending on the situation she'll find at home.

"My nanny told me in advance that there are chances that she might not come back because her mother had been in and out of the hospital and she might be required to stay and take care of her," she said.

"A few days to the end of the year, I started looking for another nanny because getting a nanny in January is usually an extreme sport. But my nanny really surprised me. On 31st at noon, my door bell rang and there was my nanny with all her belongings and a lot of food that she had brought from her home."

Julie said she was happy and almost cried.

"I almost teared when I saw her. She told me her mother was doing better and she had found someone who could look after her because she needed to work to get the money for her mother's medication," an excited Julie narrated her story.

On the other hand, it is not only women who go through the hard times but also men.

David* had always entrusted his mother to take care of his daughter after his wife passed away.

He said he was not comfortable leaving his child with a stranger.

"But this year I knew things would be different because my mother travelled abroad to visit my sister for six months so I had to look for a nanny as soon as possible. I got one and she was doing quite well with my daughter," he said.

With an 8-5 job, David says that his daughter spends most of her time with the nanny.

But he notes that one day when he came back from work, he was shocked to find his nanny lying on the floor.

"After work you are tired and just want to relax, but that was not the case the day I found the nanny passed out on the floor and my baby crying."

David said his nanny had taken one of his bottle of liquor and drowned herself in it.

"She had passed out on the floor with my daughter beside her crying. I tried to wake her up but she was too drunk to even speak so I just let her sleep," he said.

"The next day was Saturday so I wasn't going to work. When I woke up I found the whole house clean and breakfast made and set on the dining table, but she was nowhere to be seen. All her stuff had been cleared from her room."

He said he tried to call her but her phone was off.

"I called the bureau I got her from and explained what happened and they said they would follow up and get back to me. I have never heard back from them and I decided not to ask about it," David concluded.

In as much as we put all our trust with nanny's, it is important to do background checks.

This is a crucial process that is designed to assess and verify information about the person an employer is about to bring to their private space.

It will even make it easier for you to trace her when she disappears or dies something uncouth.

Working mothers: How to achieve balance in your life

Fathers and spouses are least trusted at 11 and five per cent respectively.
News
4 months ago
by TRACY MUTINDA Lifestyle, Entertainment Writer
Lifestyle
22 January 2022 - 10:14