Why industry is a sleeping giant

Since 1998, very little effort has gone into value addition and industrialisation

• With the right machinery, it can produce pots in mass quantities. Now it's manual 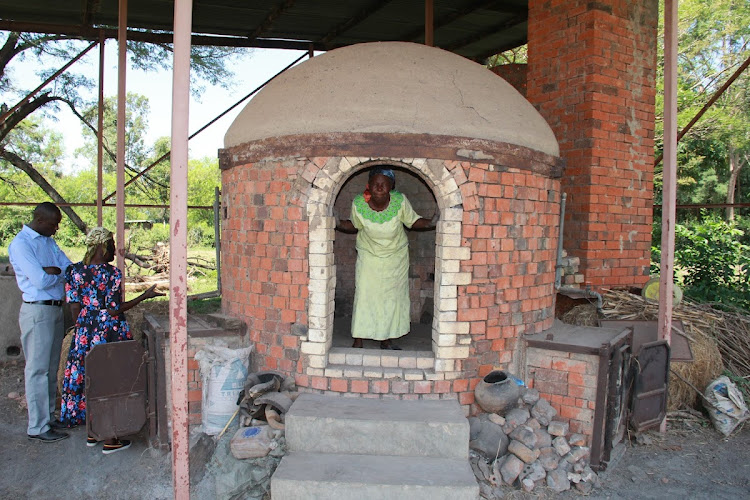 The Oriang pottery is a sleeping industrial giant that can provide job opportunities to a good number of residents in Homa Bay should the government support it.

Former Karachuonyo MP Phoebe Asiyo said the pottery industry has been left lying idle without proper operations, yet it can economically improve the lives of youths in Homa Bay.

The best redemption for one of the indigenous industries in Homa Bay is for the county government and elected leaders to revitalise it to benefit its people.

Asiyo, who retired from active politics in 1997, said during her tenure as an MP, the industry had started growing as its ceramic products had started being sold in international markets.

She was first elected an MP in 1972. Since 1998, very little effort has gone into value addition and industrialisation.

But with adequate support, Asiyo believes the potters can do the work on a large scale.

“Time is not lost for Homa Bay leadership if it wants to rejuvenate the pottery industry and realise its potential. The dream of investment in skills and rural transformation for local industrialisation could easily begin with the industry,” Asiyo said.

Pioneer leaders of the industry started it with an aim of empowering women in the community and making them self-dependent.

Asiyo says they wanted Karachuonyo constituency to have a mark and be identified with pot production in Nyanza region.

She said Oriang pottery is already an established industry with structural systems that can easily pick up if supported.

Financial support would ensure they buy modern equipment to support their work.

“The industry needs some improvement in machinery for efficient operations. I am sure we can produce pots in mass quantities, unlike now, where the potters use manual methods,” Asiyo said.

The pottery items had started getting markets in Belgium, Mexico, the Philippines and South Africa.

Other countries reached include India, Turkey and United Kingdom. This provided members with enough money to take their children to school and make future investments.

Asiyo said in the 80s, members could get more than Sh300,000 a month from sales of their products.

“We started getting international recognition. From inception, we got support from various international bodies, which offered support in training and other areas,” she says.

Resident Dan Ojijo blames the county government for the retardation of the only homegrown industry in Homa Bay.

He said many youth have fallen short of job opportunities yet they are able to get employment in the industry if it is revived.

The pottery industry was established procedurally and nothing can prevent the county government from making it operational and vibrant.

“Many people ask where the Homa Bay government has invested its interest if it cannot reactivate this industry. Let’s help our youths secure jobs by making the industry effective,” Ojijo said.

Residents are considering petitioning the county government to allocate and revamp collapsed industries before it initiates new ones.

The Homa Bay government said it has an elaborate plan to help resuscitate artefact businesses, which promote culture and investments.

Some of the pottery items from Oriang' pottery women's group will be displayed and sold at the centre.

Another cultural centre the county government is focusing on is the Gor Mahia shrine.

Buriri said plans are afoot to upgrade the centres to make them tourist attraction sites.

“Most of the sites have been toured and our next step is to conduct public participation to enable us to agree with the local community on how to upgrade the sites,” he said.

The county government considers the pottery industry as a source of employment and cultural preservation.

The chief officer said they want to improve the Oriang' pottery centre in a manner that is commensurate with the reasons why the industry was initiated.

They are working on a supplementary budget to get funds for supporting the pottery industry.

“Oriang' pottery is a very important industrial centre in Homa Bay. The county government recognises the challenges it has faced and soon we’ll address them,” he said.