Sudden riches. What next?

Many people squander their fortunes after 'kuomoka' 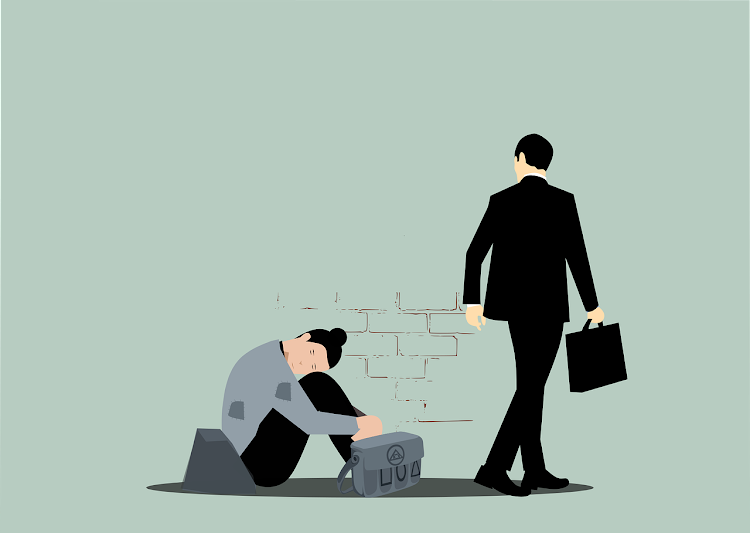 “Opportunities come with tides. And very few men have tides come their way twice in a lifetime. This is your tide. You should get on it, and see where it takes you, possibly to the next level.”

That’s a quote from the book “Drunk” by Kenyan author Jackson Biko. Published in 2017, the book focuses on a young man’s struggle to find his way in the modern world amidst complicated family relations.

The quote from Biko’s book highlights the difficulties people face in identifying the opportunities they encounter in their lives. We often realise we missed a big opportunity long after that opportunity has passed.

The other characteristic of opportunities is that they are rare, hence the saying, “Opportunity knocks only once.” Everybody gets a few chances to improve their lives, but such transformational opportunities do not appear all the time. Question is, how do we know we are in the middle of a life-changing opportunity and how do we make the most of it?

Lots of people regret certain decisions they made regarding their past finances, jobs, family and romantic relationships. "If only I had worked harder. If only I had been more understanding. If only I had saved the money. If only …. if only.” The advice for dealing with the past is to not wallow in regret but, despite our best intentions, we wonder with hindsight how life would be today had we done things differently back then.

And so it is with finances. Lots of people agree that it is not easy to get money. This includes people in business or employment. Many Kenyans can barely make ends meet. However, at some point in our lives, each of us will get a financial windfall. This is a large amount of money that unexpectedly comes all at once. For some people, the financial windfall of their lives has already happened. Their lives may now be better or worse for it.

Financial windfalls may come as a gift from someone. They may be earned from the sale of an asset (such as livestock, land, motor vehicles), from an employment bonus or some lucrative deal. One may win the jackpot in a bet. A windfall may come from insurance payments at the maturity of an insurance policy or as compensation for the unfortunate event for which insurance cover was taken. Athletes and artists are another set of people whose fortunes change overnight, as are people who inherit family property.

The current Swahili slang word for landing a financial windfall is "kuomoka". So, how should one handle "kuomoka?" It's an important question because many people get shocked by sudden fortune. They make hurried decisions then lose all the money. Within a few months or years, their lives are back to where they were before the money, sometimes worse.

The numerous infrastructure works across the country gave huge windfalls to landowners whose property was absorbed by the projects. For instance, landowners along the route of the Mombasa-Naivasha Standard Gauge Railway (SGR) were compensated for the land, buildings and graves. According to a 2017 article in The Standard newspaper, one man in Mariakani in Kilifi county was so overwhelmed with land compensation money that he would chew Sh1,000 notes with miraa (khat).

Elsewhere along the SGR route, families broke up as grown men and women abandoned their families to settle with younger lovers. However, there are also many success stories of people who invested the money wisely and now have much better lives than they had before the SGR lifted them from poverty.

Still at the Coast, there are stories of rags to riches then back to rags among gemstone miners in Taita Taveta county. From time to time, a miner finds good gemstones from deep inside the earth. On getting paid, life turns into party after party. They eventually lose all the money then slowly find their way back to the mines. It’s a tough job digging into the earth without knowing when another breakthrough will come.

Maryanne Njeri, a resident of Mwatate town, where gemstone miners like to party, says most miners get paid in cash, but due to heavy drinking, end up squandering the money in local bars. Others buy food and drinks then leave without collecting the balance. "It is not unusual to hear of a miner losing Sh30,000 in a bar," she says. The problem is attributed to a lack of knowledge in financial management. Similar stories are reported from the tea-growing parts of Kenya whenever tea farmers get bonuses.

“Many of the issues that sudden money recipients encounter are the same ones they would have faced on their more gradual journeys to money maturity. But then a situation is thrust upon them, and they feel like they have less time to figure out what is going on in their financial lives,” writes Susan Bradley in her book Sudden Money: Managing a Financial Windfall. “More people want to advise them, go into business with them, or borrow money. And new friends come out of the woodwork.”

Bradley, a qualified financial planner, recommends not rushing to spend the money. The long-term goal is to make the money grow and work for you and possibly leave something for your future generations. The book contains a three-phase plan on how to manage sudden wealth. "Stay calm and not make decisions based on your emotions. Seek professional advice from an accountant or financial planner and avoid pressure from others to make decisions you feel you are not ready for," she says.

If you happen to have a job when you landed your windfall, keep the job. As tempting as it may seem, quitting your job will make you completely dependent on your windfall for daily household expenses. Sh1 million may seem like a lot of money, but when you do not have an income, a million shillings can run out within a year. Besides, keeping your job will allow you to invest your windfall in the long term as you would not be in a hurry to make profits.

Opportunities presented by windfalls don’t come very often. That is why anyone who lands such an opportunity should use it very carefully. Life gives second chances, but when it comes to getting life-transforming money, a second chance might be very long in coming.