China can wait, SA is what Kenya needs 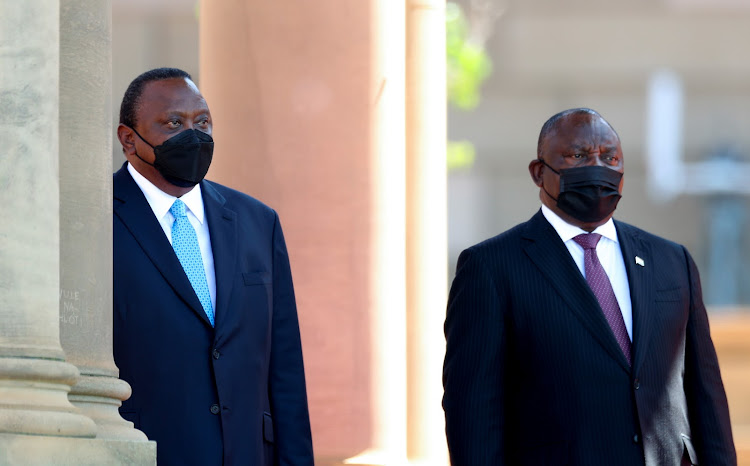 Jomo Kenyatta was and remains many things to many people. Some see him as a freedom fighter and nationalist. Others as a land-grabbing, money-grubbing dictator. And yet still others believe that for most of his administration, he was in the grips of senility, leaving others to control the reins of power.

Whatever version of the man you choose to believe (and for the record I think each version has some truth in it), for all his faults, he did play an important role in fostering the ideals behind modern pan-Africanism.

He was one of the moving spirits of the 1945 pan-African congress in Manchester alongside the likes of eminent sociologist, civil rights activist, historian, writer, and socialist Dr WEB Du Bois, Kamuzu Banda, Kwame Nkrumah, Obafemi Awlowo and the Jamaican pan-Africanist and activist Amy Ashwood Garvey.

In Nairobi, there are many who may only be familiar with these names because of the streets in the city named after them.

There are many varieties of pan-Africanism, which is the idea that peoples of African descent have common interests and should be unified.

During the Manchester conference, when all except the participants from Ethiopia and Liberia were from colonised nations, pan-Africanism took political shape.

Last week, it appeared some of the father’s pan-Africanist ideas had rubbed off on the son as President Uhuru Kenyatta visited South Africa and made an impassioned plea for African unity.

Speaking at the SA-Kenya Business Forum in Pretoria, Uhuru said if Africa wants to be a manufacturing giant, it needs to do away with borders and see the African market as one.

Kenya is SA’s largest trading partner in Africa outside the Southern African Development Community, and SA is the biggest exporter of goods to Kenya on the continent.

But yet we could do so much more together.

I have said before in these columns that instead of reaching out to China to build our roads, for instance, Kenya should have spoken to South Africa.

I’m certain that with enough imagination, goodwill and innovation, the two countries could have come to a deal that used SA expertise to build Kenya’s highway network, or even the rails for that matter.

The two countries might have even found a way to do it without destroying all the trees on the route.

There are things SA struggles with that Kenya could lend a hand in and somehow we could have made it work.

Imagine if all African countries increased their trade with each other and reduced reliance on the West and China, just how much better off we would be.

Instead of Africans literally dying to get to what they hope is a better life in Europe, we could make use of those energies and resources to better our own circumstances here so our people wouldn’t have to make the precarious journey across the Mediterranean to countries where they are not wanted and are often treated like scum when they arrive.

During the same visit, it was announced that Kenya Airways has signed a Strategic Partnership Framework with South African Airways (SAA), a key milestone towards co-starting a Pan African Airline Group by 2023.

This deal aligns with the aspirations of the Africa Continental Free Trade Area Agreement to provide a single market for goods and services, facilitated by the movement of persons and goods.

Imagine if this were to become a reality, how this sleeping giant of ours could transform into the powerhouse we all know it was meant to be.

Perhaps instead of being on the receiving end of aid, insults, pity and scorn only fit to beg for crumbs and donations from the table that seats most of the rest of the world, we could take our rightful place at the top of that table.

But perhaps I am getting carried away here. First, Africa would have to have the sort of focussed leadership that could see the prize, aim for it and never take its eyes off it.