• In South Africa, only 6 per cent will have made enough money to retire comfortably 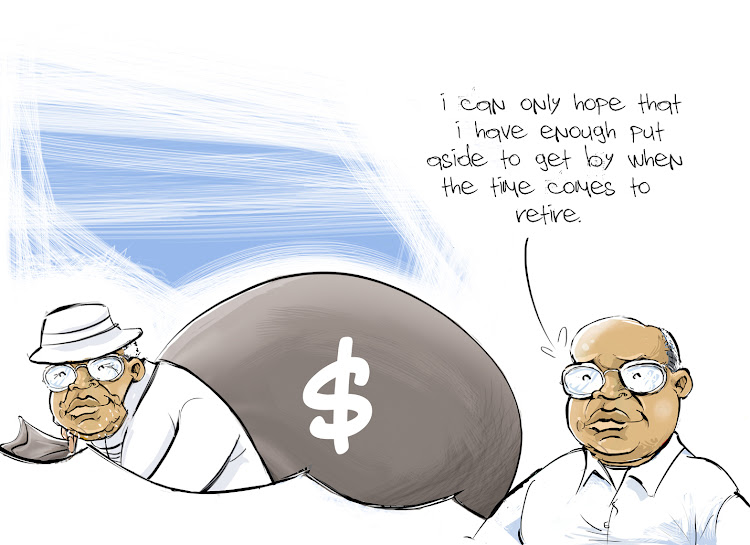 The other day here in Cape Town, there were celebrations after a 75-year-old woman flew back into the city having graduated with a Master’s degree in Education from a university in a neighbouring province.

I joined the celebrations when I heard that the woman had set her sights on enrolling for a PhD and was already hitting up donors for funds.

If I had wheelbarrows full of money, this is exactly the sort of person I would seek out to fund.

I can imagine several people who may have had to defer their dreams of a university education because life got in the way, but who never lost sight of the dream to return to their path.

Can you imagine the feeling when all your agemates are retiring, to be heading out to conquer academia alongside your grandchildren?

Anyway, I was thinking about people and the age at which they achieve certain goals and ambitions this week, when I heard from an old friend out of the blue.

As we caught up with each other’s news, he mentioned that he was hoping to call it quits, as far as working for a living is concerned, in the next couple of years.

My friend is an American and has spent much of his working life working as an expatriate for various INGOs (international NGOs), making what many Kenyans at least would consider a pretty penny.

I was happy to hear my friend’s news, but I couldn’t help but feel a twinge of envy about his retirement plans. Because truth be told, as my recently repeated post on Facebook said: “I keep hearing people talk about what they are going to do when they retire. I’m going to have to work right up to lunch on the day of my funeral.”

Seriously, as much as I love what I do, if I had given any thought to retirement when I was younger, I really might have taken up a less interesting but more financially rewarding way to fill the days of my life.

My journalism tutor tried to tell us, his students, that if they were hoping to make lots of money, they were in the wrong profession.

On the other hand, many of us who see journalism as a vocation and not just another job or a stepping stone to other fields have probably largely made peace with the fact that our career path is not strewn with gold. We can only hope that we have enough put aside to get by when the time comes.

This talk of retirement reminds me about President Daniel Arap Moi and the irony of IMF’s structural reforms. Despite having come into office aged a relatively youthful 54 years, one of the first things he was forced to push through in the early 1980s was to lower the civil service retirement age from 60 to 55.

This move, which was only reversed in 2009, proved horribly unpopular with civil servants, and I’ve always thought was one of the spurs that caused the civil service to lose its shine and also for increased volumes of corruption across the service.

Suddenly, people who had been happy to serve their country needed to serve themselves with public funds.

There had been corruption in the civil service all along, but I think after this announcement, it rose by quite a few notches, to the point where some of Kenya’s wealthiest people for quite some time afterwards were former civil servants.

Here in South Africa, it has recently emerged that according to the national treasury, only 6 per cent of the population will have accumulated enough money to retire comfortably, without having to sacrifice their standard of living.

This number is incredibly low, and what it implies is that more than 90 per cent of the population will have to rely on the state or family/friends for financial support post-retirement. A sobering thought, if ever one was needed.

This situation is helped along by an increase in longevity as a result of better health and diet. You might say it is the downside to living longer.