Humility in leadership as seen in King Solomon

• Solomon came to power as a young and inexperienced man

• Rather than ask for wealth, he asked God for wisdom and knowledge to rule Israel 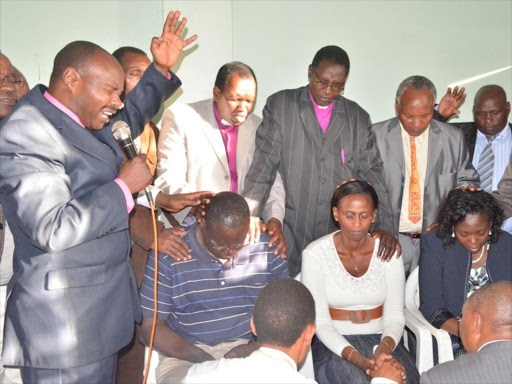 Jeremiah 17:10 says: “I, the Lord, search the heart and examine the mind, to reward each person according to their conduct, according to what their deeds deserve.”

In 2 Chronicles 1:1-17, the Lord searched King Solomon's heart and saw that his request for wisdom and knowledge to rule Israel was a genuine desire to walk in accordance with God's purposes.

The king had just come to power after the death of David, his father. He was a young and inexperienced man expected to build a temple for God in Jerusalem.

In 2 Chronicles 1:7, God appeared to Solomon and promised to give him whatever he would ask for. With this leeway, the king would have requested for many things to benefit him individually, including all the money in the world or power to vanquish all his enemies.

Instead, Solomon humbled himself in the knowledge that he would not pull off this 'leadership thing' if he relied on his mere human strength. As James records in James 1:5, if any of us lacks wisdom, we should ask from God and He will grant to us without finding fault.

By nature, not many people like to admit they are fools and need to be empowered. This is one of the symptoms of pride — an unwillingness to admit our weaknesses and seek help.

Instead, in the world, the rage is all about earthly wisdom. In James 3:14-15, the characteristics of this kind of wisdom are bitter envy and selfish ambition. Don't we see, read and hear of it everyday? An individualistic world in which people prefer to prioritise themselves even if this comes at the expense of others.

Back to Solomon. For him to accept that he lacked wisdom and needed to petition God for it was a symptom of humility. Those who humble themselves before the Lord will be exalted in due time.

Because the Lord could see that Solomon had humbled himself, He granted him more than just wisdom and knowledge. In 2 Chronicles 1: 12, we read of how Solomon was given wealth, honour and possessions such as no king before or after him would ever amass.

Furthermore, due to his wisdom and knowledge, the economy of the kingdom of Israel prospered. Silver and gold were as common as stones, whereas they imported chariots and horses from Egypt and sold them to the kings of the Hittites and Arameans.

We could all learn a lot from Solomon in terms of humility. Leadership is a massive responsibility because you bear the hopes and aspirations of many.

It is an obligation with challenges and cannot be fulfilled by your own strength or earthly wisdom. You need to come to terms with this fact, humble yourself and let God guide you through the journey.