Why you should not drive using winter tyres during summer

Have a close look at winter tyres and you will realise almost all of them have cracked sidewalls.

•Summer tyres on the other hand are engineered to perform well in both wet and dry conditions. 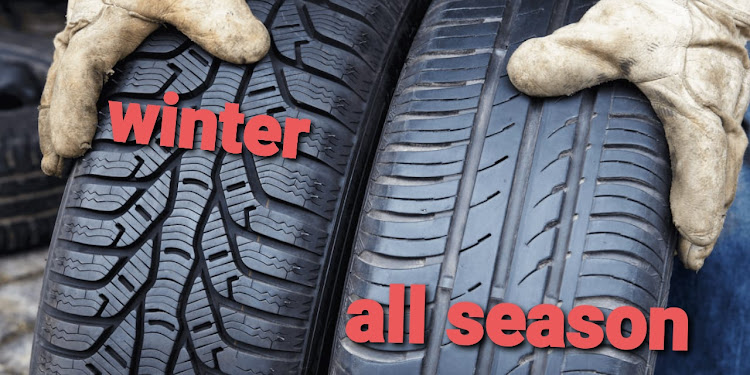 Have a close look at winter tyres and you will realise almost all of them have cracked sidewalls.
Image: BOOSTED AUTO

Winter tyres are meant to drive on snow and ice or extremely low-temperature road conditions, i.e below 5°celcius. In countries that experience the winter season, it is mandatory to fit winter tyres throughout the entire season. Sometimes it becomes so bad that people have to park their cars for sometimes before driving again  when the road conditions allow.

Unfortunately, when these cars are sold outside winter zoned countries, most of them come with winter tyres. They always look so new because most of the winter season people haven't maximized millage from them. After all, half of the time, the cars were parked.

Going by the face value of these tyres it would be so hard for a none car guy to be convinced that the tyres are a time bomb to both the car owner and other road users.

Some people use them daily for public service vehicles plying long distances despite the thick labels on the sidewall reading “winter tyres"" or " studless'.  most of them also have a speed limit denoted on the sidewall.

However, when winter tyres are fitted on road conditions with temperatures above 7°celcious, all the above qualities are lost. Upon being subjected to higher temperatures, the tyre degradation becomes so severe, this is evident because when a sidewall of a winter tyre that has been used in Kenya is scrutinised, lots of small cracks are evident. In the past, this has been the main cause of tyre bursts that have caused alot of accidents on Kenyan roads.

A winter tyre may look so new yet just from nowhere the driver encounters a tyre burst. High temperature is usually the cause.

Secondly, due to the tread construction and design of winter tyres, they tend to be noisier on tarmac roads which can be cumbersome to drive especially on long-distance journeys.

We have noted that winter tyres depend on snow formation inside the tyre tread (cavitation) to utilise braking, this means if used in situations where snow or ice does not exist having a grip on the road will be a problem not only for acceleration but also for retardation speed during braking. It may also cause serious understeer due to a lack of grip on the contact patch, especially for front-wheel-drive cars.

The study has also shown that due to their tread pattern, winter tyres tend to be more resistant to rolling hence increasing the overall vehicle fuel consumption.

We have various tyre ratings for summer tyres in the market today. Depending on how you drive, you may choose to go for high-speed tyres that have nothing to do with wet conditions or you may decide to go only for summer tyres that are good enough in wets only and a bit slow in dry or just have one tyre that is 50\50  both in wet and dry.

We always ask people to stop thinking that a winter tyre is the best for wet conditions. Try that at your own risk.

People tend to argue out that winter tyres are good just like any other tyre. some even give testimonies on how they have driven on winter tyres 4 or 5 years past the importation date of their cars, the truth is, they have not taken into statistics how many tyre bursts or understeers have caused deaths on Kenyan roads on winter tyres vs the normal tyres. If this study was to be carried out, many people would never drive on those winter tyre time bombs anymore. We might be a bit lucky because in Kenya we don't have the summer season as such but trust me, winter tyres are not meant for extreme road temperatures.

Have a close look at winter tyres and you will realise almost all of them have cracked sidewalls especially on the inside.

The writer is the owner of Boosted Auto car repair shop