Pitfalls abound in the quality, source of spare parts and trusting mechanics 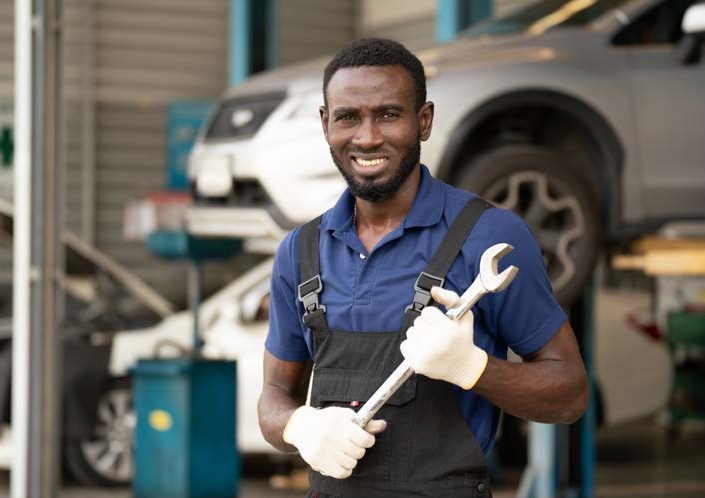 A mechanic with a spanner
Image: SHUTTERSTOCK

Nairobi, christened ‘Kanairo’ nowadays, has long been described as a concrete jungle where only the strongest survive. If you are not careful, you might just fall prey to predators out to make a quick buck in the name of seeking their daily bread.

One of the industries affected by this conning bug is the motoring sector. As a new car owner, you should beware of unscrupulous people prowling around to pounce and make you their latest victim. Forewarned is forearmed; there are several con schemes involving cars you should be aware of as you drive around Nairobi.

One of these schemes is the sale of counterfeit motor products. Without much experience in car matters, you are most likely to end up with a fake spare part, which will not last you long but may cause more damage to your car than the original problem.

The Anti-Counterfeit Agency has fought a protracted war against fake car products. Late last month, police arrested four people in Kasarani suspected to be manufacturing fake car engine oil, which they were selling to unsuspecting motorists. If this scheme was not busted, many people would by now be counting losses in car damages.

When purchasing a spare part, you’d be better advised to spend an extra shilling and buy it from a genuine dealer. This might seem a straightforward statement, but the temptation to acquire the same accessory from the backstreet at an affordable price is often irresistible.

However, the pull of a less pricey product may cost you run-ins with the legal system by virtue of handling stolen times. You have heard tales of motorists losing their car parts in traffic jams or parking lots, including mirrors, wheel caps, music players and windshield wipers. Where do you think these stolen items end up if not in the backstreets?

Additionally, when taking your car for repairs, you should only deal with a mechanic of good repute. Trust is a precious commodity that should not be dispensed easily and to everyone, especially in a shark-infested industry like jua kali.

A while back, a friend of mine who was a mechanic narrated to me the heartbreaking things he had seen his workmates do. One of them is to steal spare parts from a client’s car and replace them with faulty ones.

In certain cases, a client trusts a mechanic enough to give him money to buy a new spare part. However, an unscrupulous one wouldn’t buy a new one; rather, he would likely replace the faulty part with another substandard one while keeping the money to himself.

These are some of the con schemes I have witnessed in the car industry. There may be others but you’d have to keep your eyes peeled to avoid falling victim.

How to detect online scams

Amazon Web Worker is the latest to leave investors weeping