Many are ‘shocked’ by outcome after unprotected sex

• From dating to having sex, one has plenty of opportunities to opt out of babymaking

• However, many celebs only come to their senses after pregnancy test or scandal erupts 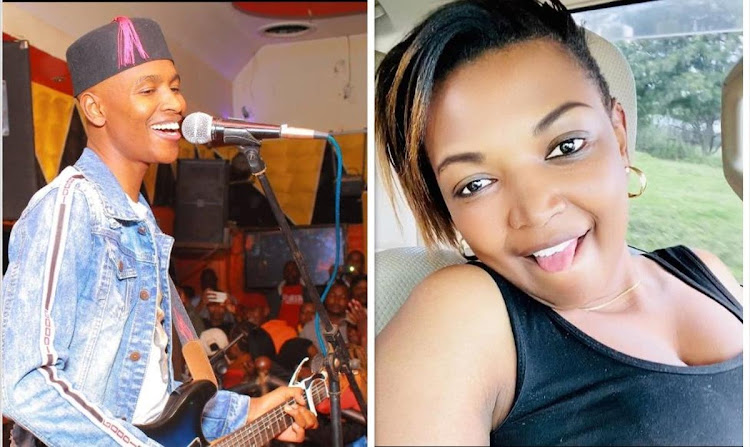 You may know Corazon Kwamboka as the socialite who put the “C” in curvaceous, but do you also know that — according to her, that is — she had no intention of becoming a socialite? But now she’s grateful it turned out as it did. Something else she had no intention of doing: getting a second child. “But I was excited when I learnt about it,” she said at a recent Q and A session with fans.

Miss Kwamboka is not the only celebrity to have claimed fortuitous pregnancy. After a domestic violence incident that went viral, Karen Nyamu publicly rued a second gestation induced by Samidoh, the married Mugithi star with whom she has another child, and who had battered her blue in the aforementioned altercation. Remember the custodial quagmire between Prof Hamo and comedienne Jemutai earlier this year? One day only a select few knew the two were an item, the next, everyone is calling the Prof a deadbeat dad. I guess two unplanned babies were not in his “book”.

And it’s not just those of the female persuasion who catch this malady. Kabi wa Jesus got into quite the pickle after news broke of him fathering a child with his cousin no less. The list of celebs planting seeds without a plan is longer than the legendary Gaithuma wa Kimumu’s arm, but no one holds a candle to our brother across the border.

You know the one — Salome, Nasema Nawe, Inama, Kidogo, Naanzaje, Mdogo Mdogo, Waah! Yap! It’s none other than Naseeb Abdul Juma Issack, popularly known as Diamond Platnumz. Oh, he also sang Niache, Nitarejea, Nikuone. See what I did there? But on a serious note, the man is a walking melodic testament to his international sexual conquests that have spawned enough number of babies to break an abacus, all as expected as a snowstorm in Nyahururu. Or so his paramours would have us believe.

There is nothing wrong with playing Father Abraham and answering the call to fill the earth, the problem is the term “unplanned pregnancy”. Never has there ever been an apter oxymoron. Those two words should never appear in tandem, just like “open secret” or “living dead” or “only choice”. In Kwamboka’s case, becoming famous by accident is understandable since it apparently happened when her pictures went viral on social media, but the “unplanned” second baby? Excuse me as I laugh a little… or a lot, actually. It’s like trying to convince us she started out making ugali and ended up with enchiladas instead.

One in four women aborting calls for sincere dialogue

In Kenya, one in every four women has had an abortion. Another studyshows that of the women who had severe complications after abortions, 45 per ...
News
4 years ago

It’s tragic that these so-called “unplanned pregnancies” often bear dire social, economic and cultural consequences, the most horrifying being abortions that can wreak havoc on women both physically and emotionally. When carried to term, most single mothers are forced to transform their ignorant partners into “unwitting” fathers, not to mention the additional financial burden that comes with raising a child without the requisite planning. Interrupted education, dropped employment, social stigma… the list goes on and on.

Yet in most cases, be it a celeb or a commoner, too many deliberate steps are necessary to generate a pregnancy for it to be unintended, and at each of those phases is the opportunity for either party to opt out of the baby-baking business. From initiating a relationship and nurturing it to sexual maturity, to being comfortable au naturale around each other and finally having sex. If you think it’s mere coincidence that coitus takes some time to accomplish, think again. Even Mother Nature knew better than to make it an in-and-out affair. Oh yes, even one minute is long enough to pause, ponder and reconsider.

And if all else fails, there’s always precaution for those not of the Catholic and akin persuasions. Contraception is such a wide topic that there are entire books dedicated to the subject. That some grownups are still naïve about this topic is unbelievable. Like when Kwamboka stated, “I thought ignorantly that breastfeeding was enough contraceptive.” The word “ignorantly” carries its weight in gold here.

The bottom line is, most pregnancies are preventable, unless it’s a case of rape, or a bizarre incident similar to that of the girl with no vagina who was impregnated by a knife. I know, it would be unbelievable if it doesn’t come straight from a medical journal. The year was 1988 and the 15-year-old was performing oral sex on her current boyfriend when an enraged ex happened upon them and began swinging a blade. All three ended up with stab wounds, hers in the stomach. 278 days later, she gave birth to a healthy baby boy via C-section. If neither of this happened to you, you saw your pregnancy coming a mile away.

Men shun contraception because it's a woman's role - report

Mombasa resident Khadija Mohamed (not her real name) has seven daughters between two and 12 years old. And she is two months pregnant. She uses the ...
News
4 years ago

Corazon did not plan for second pregnancy

The mother of two says the pregnancy was unplanned. She is in her second trimester.