Livelihoods in conflict with efforts to preserve nature 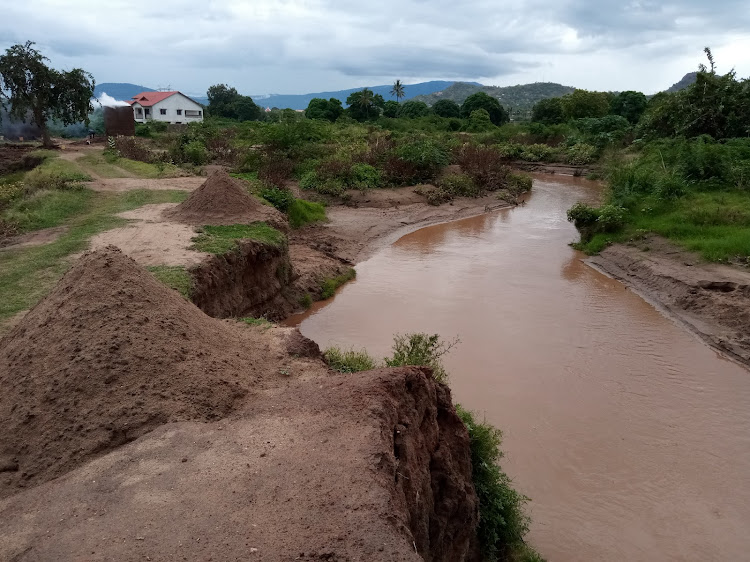 With very little employment available for youths in rural areas, the quest to earn a living creates conflict with government agencies responsible for environmental conservation.

Cutting down trees for charcoal, harvesting sand from rivers and breaking stones on the hillside may seem like a readily available way to earn a living. The prospect of making Sh1,400 for a bag of charcoal is too enticing for someone without an income. On the other hand, government agencies stop such activities, which they see as harmful to the environment. The conflict in purposes between the youth and law enforcement agencies creates frustration on both sides.

This is the situation in the drylands of Taita Taveta county. The land is hot, dry and sandy. Short, thorny shrubs dominate the landscape, as are a few hardy trees, such as the medicinal Neem tree, popularly known as Mwarubaini. The rains often fail to come, leaving farmers with wilted crops. With the repeated failure of rains, there is nothing left but to look for work elsewhere.

Mwambingu Mwashimba, a widower and father of three in Voi subcounty, is among a group of men engaged in sand harvesting, quarrying of building stones and charcoal production. There is a dry, sandy river bed not far from his village. The sandy site is located on the Nairobi-Mombasa highway, an ideal place to get the sand to distant customers.

“There is a lot of demand for sand in Mombasa,” Mwambingu says. “Truck drivers with empty trucks from Nairobi used to make huge profits buying sand here and selling it in Mombasa.”

Mwambingu and his colleagues would get about Sh7,000 to load a truck’s trailer with sand. The money would be divided among all the loaders, but it was a decent income for a few hours of hard work. In Mombasa, the same load of sand would fetch the truck driver as much as Sh40,000.

The business has, however, declined due to constant crackdowns by government agencies, such as the National Environment Management Authority (Nema) and the Kenya Forest Service. The county government of Taita Taveta suspended sand harvesting several times in the past, citing environmental degradation. Sand harvesting is currently allowed in the county but only for organised groups. County revenue officers routinely monitor activity to collect cess fees.

The fear of arrest is discouraging truck drivers from facilitating another business the youth are involved in: charcoal production. In the drylands, there are plenty of hard trees suitable for making charcoal, but the business is hindered by government efforts to stop charcoal production. Traffic police working with forestry officials regularly mount roadblocks on the Nairobi-Mombasa highway, looking for trucks illegally carrying charcoal.

“My house was raided by Kenya Forest Service several times. Same thing with everybody else who has charcoal near the highway. Each time, forest officials take away our entire stock of charcoal," Mwambingu says. The authorities rarely take charcoal producers to court, but it is not clear what happens to the commodity after it’s confiscated. The futility of making charcoal then losing it to government raids is beginning to discourage charcoal producers, but questions remain as to how the villagers will survive without an income.

“I have suspended participating in charcoal business," says Flora Mwakio, a businesswoman in the area. She would get charcoal from different parts of Voi subcounty, accumulate it in her store, then negotiate with truck drivers on the highway to take the charcoal to Nairobi. With a population of 5 million, Nairobi is a lucrative market for charcoal producers. Flora’s charcoal store is currently empty as she cannot risk losing money to another crackdown. "We are hoping for better times towards Christmas. For now, there is nothing to do,” she says.

About 66.7 per cent of Kenyan households use charcoal and firewood for cooking. This is according to data collected during the national census of August 2019. The World Agroforestry Centre, an international research institution specialising in agroforestry, puts the share of households using charcoal in Nairobi at 57 per cent. The figure for Mombasa is 67 per cent. This shows that demand for charcoal remains high.

“Charcoal producer associations are an essential part of production; they are critical implementers of sustainability practices as key actors directly linked to wood sources, such as farms, private woodlots and forests,” wrote Lalisa Duguma, a landscape and climate scientist, in remarks published on the Centre’s website.

Meanwhile, other groups of youths in Taita Taveta county are venturing into brick making but are also facing challenges from enforcement agencies. Government officials see brick-making as harmful to the environment. The best clay used to make bricks is scooped from wetlands. Baking the bricks consumes a large amount of wood fuel.

As with charcoal and sand harvesting, the end-users of bricks do not get harassed by law enforcement agencies. This makes bricks a popular material for building construction around Taita Taveta county, with prices as low as five shillings a brick. The demand for bricks remains high.

As Mwambingu and his friends must do something to feed their families, they have now ventured into casual labour at construction sites.

“There is some work at county government infrastructure projects, such as building boda boda sheds, culverts and roads,” Mwambingu says. The money from casual labour is not as high as what they used to make selling natural resources. After meals and motorcycle fare, Mwambingu takes home Sh200 a day, a far cry from the thousands of shillings he was making loading trucks with river sand.