Is Kinoo a bad town to live in?

• Some hail its serenity away from the city, others rue its dustiness and mud upon rains 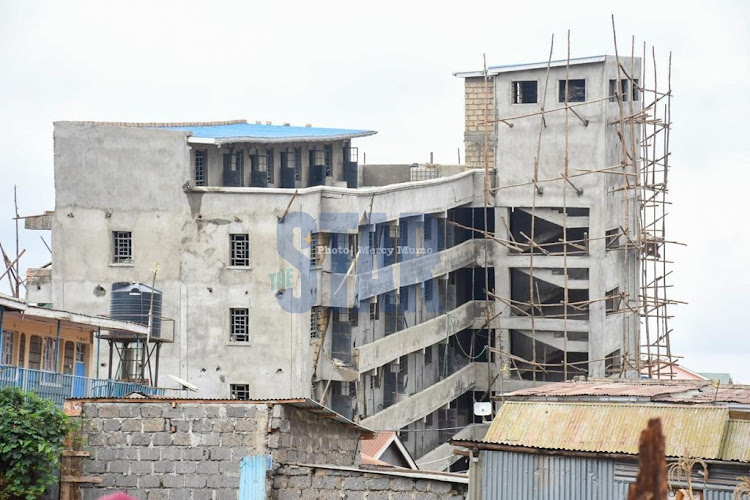 A collapsing building in Kinoo on September 3
Image: MERCY MUMO

Kinoo town is one of the most affordable places young people live while working in Nairobi. Rentals go for as low as Sh5,ooo a bedsitter.

The town lies in parts of Kiambu county and is part of the Nairobi metropolitan area.

While the town has been trending for the wrong reasons, successful celebrities have lived in Kinoo and made it in life.

MC Jessy is among the famous names to have come out of Kinoo. Other well-known people who have lived in the area include comedians Churchill and Smart Joker and gospel singer Pitson.

Zachariah Benjamin said Kinoo is a wonderful place with good people. "Personally, I will surely tell people not to be scared due to one man's mistake."

Ngunu Innocent said he has been living there for the last 10 years and it's the best place to raise a family away from the hustles and noise of the city.

Royal Rapkidxixaz seconded this, terming it a very nice place.

"I was making a lot of cash and I was just paying Sh22,000 as rent in Kinoo. Money is like a servant, so if you don't give it work, it will introduce mischief. They would pay me with sex."

Churchill Show comedian Smart Joker in a recent interview said he spent a large sum of money he received in an ambassadorial deal on slay queens in Kinoo.

"Slay queens confused me, especially the ones from Kinoo. They came to my house and took my money by force," he said.

"One of them brandished a gun on my head, asking for money, yet I was naked on a mattress with one of her friends. Thieves," he said.

Last week, a five-storey residential building, which was leaning in Kinoo, was brought down in a controlled demolition.

In 2020, an upcoming artiste accused radio presenter Mwalimu Rachel of assaulting him in Kinoo. The young lad, who's the best friend of Peter aka Miracle Baby of Sailors crew, reported the matter at Kinoo police station.

A witness said on that fateful Friday, they went to a funeral in Ndenderu and he decided to drop Miracle Baby at his home in Kinoo.

By the time they got to the apartment where Sailors lives, they found Mwalimu Rachel and a man he kept calling 'babe' in the parking lot. The case is still in court.

It made her cry to be called a gold-digger
Sasa
1 month ago
Bora uhai: Tough times push Kenyans to ditch suburbs
by ELIZABETH NGIGI Lifestyle, Entertainment Journalist
Lifestyle
18 September 2021 - 05:00