Boozing at petrol stations catches on in South Africa

It is 'Kenyanising' in adopting this peculiar habit

• Anti-alcohol activists are venting at the players behind move, but motorists are happy 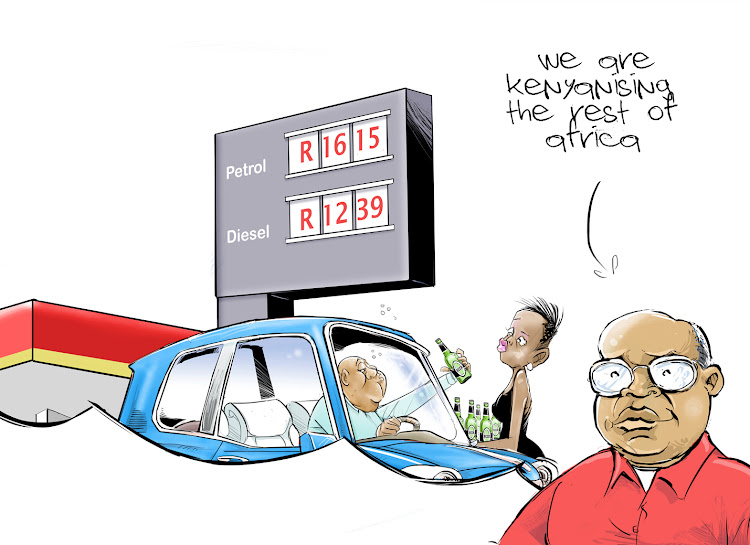 They began with a petrol station in Johannesburg, and there’s a planned rollout to other BP sites across the country in the run-up to the festive season and beyond.

This riled an NGO called the Southern African Alcohol Policy Alliance in SA (Saapa SA) so much that they sent off a strongly worded memo, urging BP to rethink its decision to sell alcohol from its forecourt shops.

The memo also said Saapa SA is aware that this is not happening in isolation from developments around the world.

Saapa SA waggled their index finger at BP and said: “We are also aware that this forms part of a general trend towards seeing forecourt shops as one-stop shopping destinations for people who are buying fuel.”

As a Kenyan, I must say that I was a little surprised the concept took so long to get here. After all, when it comes to our drinking cultures, urban South Africans are very similar to their Kenyan counterparts.

When I told a friend in Kenya about the kerfuffle over the petrol station booze sales, she called it the beginning of the “Kenyanisation” of the rest of Africa.

Then again, Kenya was for a long time the only country I had ever heard of where members of the public were quite welcome to visit bars attached to police stations. I hear this trend has now reached Ethiopia. I wonder if South Africa will adopt the trend?

I must say, most non-Kenyans find the whole police canteen thing very weird, and when you think about it, it is crazy.

The police are meant to arrest you if you drink and drive, yet for years I remember seeing people drive themselves to Kileleshwa police station, have a beer or six while playing darts with their cop friends, and then driving home.

In the same way as I saw people buy booze at the petrol station in Westlands and then sit and drink in their cars, before driving off without having designated a sober person to drive.

We really do have a terribly unhealthy relationship with alcohol.

Now before you start pointing fingers and muttering darkly about hypocrisy, black pots and similarly coloured kettles, I must own up to enjoying alcohol and even to having abused it and even let it abuse me, at various points in my life.

So please don't think this column is about me sitting here moralising about booze. Such a thing would be as dishonest as those Kenyan leaders who promised to abide by the constitution and have spent the best part of the last decade doing the exact opposite.

That said, South Africa still has some very quaint trading laws and especially when it comes to alcohol. Mainly as a hangover (pun not entirely unintended) from the apartheid era, which only ended 27 years ago.

For instance, there are suburbs that are completely dry, in that no alcohol can be sold there by law.

At the height of apartheid, as was the case in colonial Kenya, it was illegal for black people to drink.

I remember my friend Mburu Muchoki writing a feature article on the first black Kenyan to get a special licence issued to him by the colonial authorities allowing him to drink alcohol.

I also remember reading somewhere that shebeens started appearing in townships as a form of rebellion against the apartheid laws.

While many of these liquor laws would be a thrill for the good folk at Nacada, I am sure I know people who would be plotting a bloody revolution if they were introduced in Kenya.

Love brewed in the devil’s drink

Bar encounters lead to one-night stands or even marriage
Sasa
8 months ago
How much is too much drinking?
by Mwangi Githahu Columnist
Lifestyle
12 September 2021 - 05:00